A guide to being a gold rusher in Shanghai 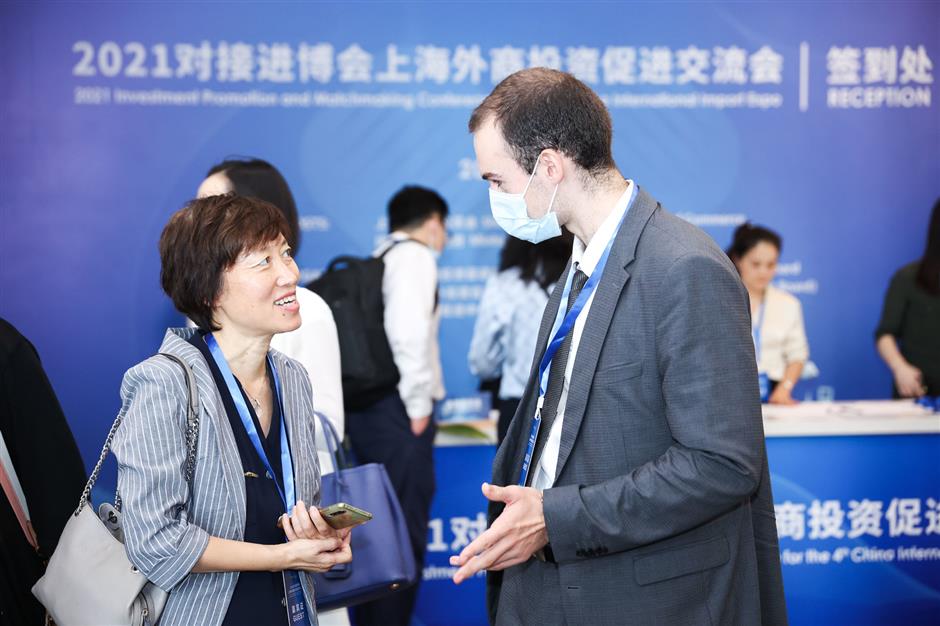 Guests socialize at the city's 2021 Investment Promotion and Matchmaking Conference for the 4th CIIE.

An official investment promotion and matchmaking conference was held on Friday ahead of the upcoming international import expo, releasing a fresh investment map and navigation of Shanghai's foreign investment landscape.

With the help of the map, foreign investors can get a glimpse of the latest investment policies in eight key industrial sectors, including financial services, new consumption and technological innovation, said Xue Feng, president of the investment development board.

In addition to releasing the layout of multinational headquarters and their research and development centers in Shanghai for the first time, the navigation also displays the city's supporting services for foreign investment as well as investment hot spots and new investment opportunities during the 14th Five-Year Plan period (2021-2025), Xue added.

As the city's gateway to the Yangtze River Delta region, Minhang looks like a "golden key" on Shanghai's geographical map.

Thanks to its developed transportation network, strong industrial facilities, rich culture and a pool of tech talent, the district attracted over 39,000 firms in the past year, which contributed around 1.48 billion yuan (US$230 million) of its taxation, Li noted in an interview with Shanghai Daily. 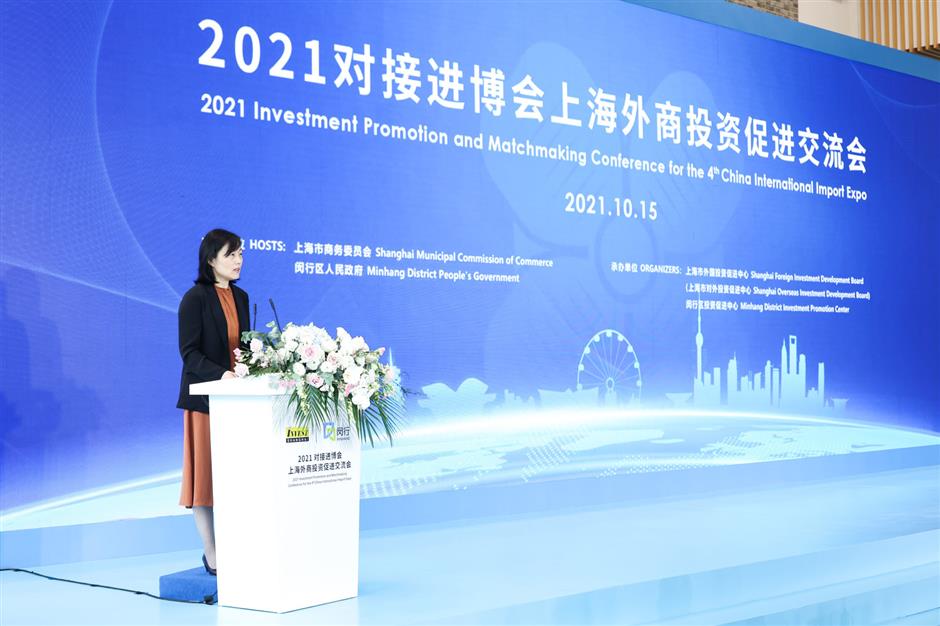 Zhu Yi, vice chairwoman of the Shanghai Commission of Commerce, speaks at the conference.

With the strong spillover effects of the CIIE, the city has enjoyed good momentum in utilizing foreign capital since the beginning of this year, Zhu Yi, vice chairwoman of the Shanghai Commission of Commerce, told the conference.

From January to September, a total of 5,136 foreign-funded enterprises were established, up 27.1 percent from a year earlier.

The foreign capital actually used was US$17.847 billion, up 15 percent year on year and 22 percent compared with the same period in 2019.

The 2021 Shanghai City Promotion Convention, to be held on November 6, will showcase the city's openness and introduce the new changes and progress of Shanghai's business environment in the past year on the occasion of the fourth CIIE, which takes place from November 5 to 10.

International organizations, senior executives of multinational companies and heads of overseas investment promotion agencies will gather to share their investment and development stories and jointly launch an initiative to invest in Shanghai.