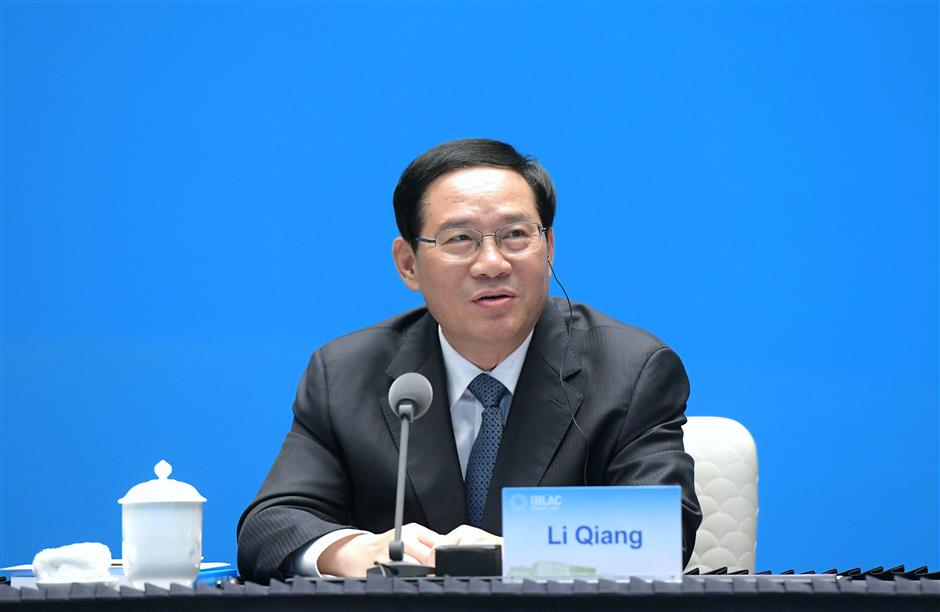 Shanghai Party Secretary Li Qiang spoke at the 33rd annual meeting of the International Business Leaders' Advisory Council (IBLAC) for the Mayor of Shanghai on Friday.

"The annual meeting of the International Business Leaders' Advisory Council has become an iconic event for Shanghai to enhance its image and an important platform to deepen collaboration with international counterparts," Shanghai Party Secretary Li Qiang told the 33rd annual council meeting on Friday.

"We welcome the latest input and insights from the business community and we expect this could help send to the whole world the determination of the city and the country's opening up and international collaboration," he added.

"We'll stick with the opening up policy and forge ahead with our efforts to build a world-class consumption center and build a broader platform with better service for businesses to build a bright future together," he said.

A total of 38 council members and other honorary members participated in the virtual conference with the city's top officials. 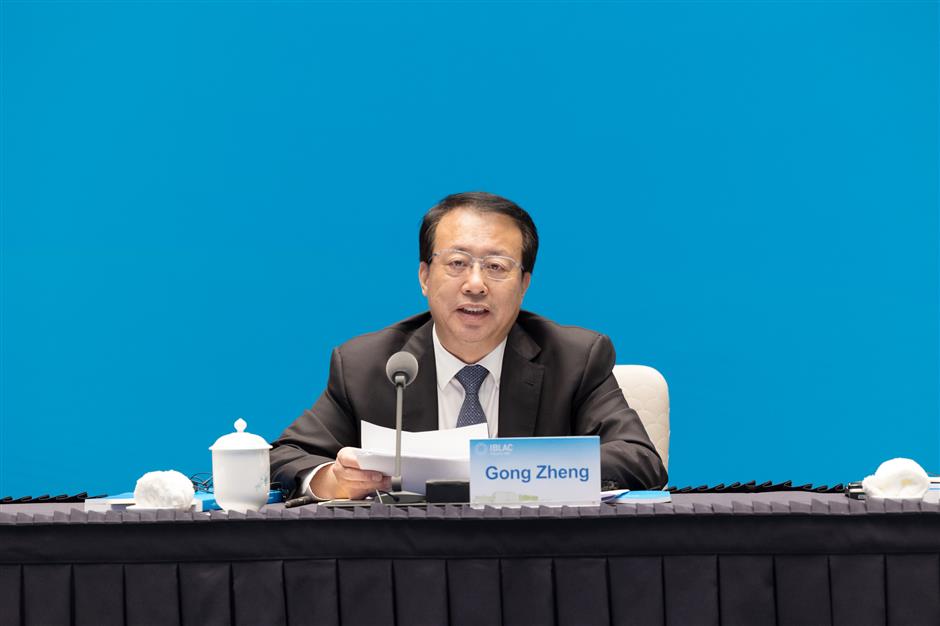 Three sessions at the conference centered on themes including "Promoting Opening Up in More Fields with Broader Range and Greater Depth", "Leading New Consumption Trends and Expanding Consumption of Higher Quality", "Pressing Ahead with Digital and Green Transformation Across the Board and Proactively Expanding Effective Investment."

Executive Secretary of the United Nations Framework Convention on Climate Change, Christiana Figueres, was invited as a guest speaker. She praised China's recognition of the many social, economic and political benefits of transitioning away from fossil fuels.

"I very much applaud the achievements such as promoting electric buses, cars and charging stations as well as China's continuing commitment to the future of clean energy," she said.

She also cautioned that the long term benefits of jobs, clean air, liveable cities, modern and efficient transport, and avoiding the worst negative climate impacts can only be achieved when all countries work to decarbonize their economies on time.

"There has never been a more important role for China," she said. "Its global leadership while facing the climate change challenge, and the ecological civilization that China is working to achieve domestically, is exactly what the whole world needs." 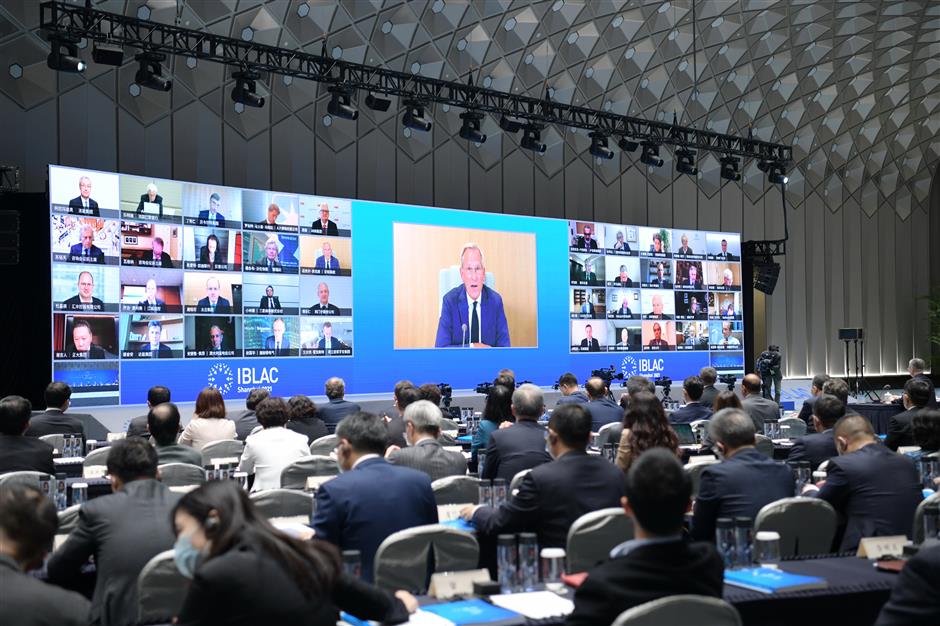 The virtual conference is held on Friday night.

Chief Executive Officer of John Swire and Sons, Merlin Swire, suggested the city develop a strategy that integrates solutions for multiple factors to achieve decarbonization over the coming decade.

He made proposals about securing clean energy sources, integrated solutions regarding the use of natural resources in commercial and residential building complexes, as well as low-carbon transport policies and strategies.

"China's young generation are yearning for creative products with strong cultural distinctives and their demands are yet to be fully unleashed," said Martin Sorrell, former chairman of the council and Executive Chairman at S4 Capital Group.

He noted Shanghai has a solid foundation for further development in the consumption center and it needs further efforts to be a truly trend-setter in fashion and innovation. 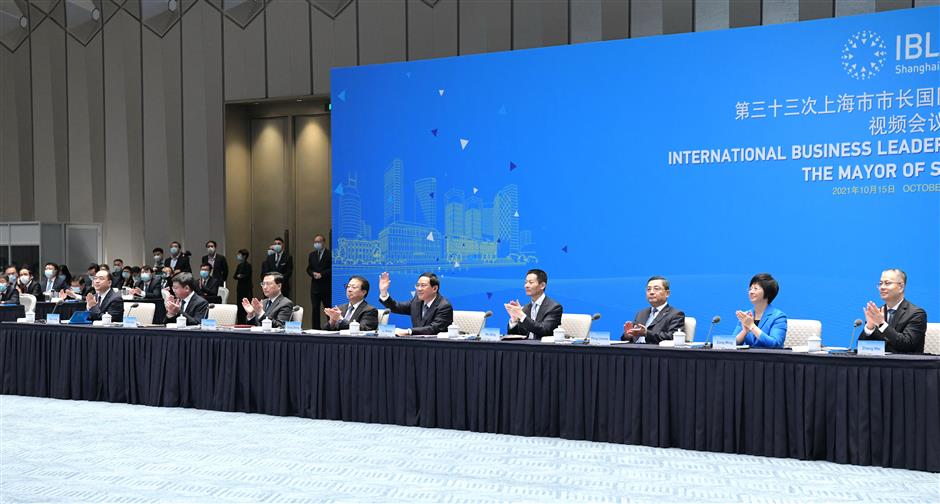 "Many talents are needed for high-class industrial development," he said. "In Shanghai, we see that training capacities have evolved substantially, and we encourage the local government to continue on that path."

Carrying out "dual vocational training", where students work on site and study at university at the same time, could provide the city with highly skilled workers in advanced manufacturing and industrial development, he suggested.

Michel Doukeris, CEO of Anheuser-Busch InBev, shared how the food and beverage sector could contribute to tourism and cultural moments in Shanghai.

"Shanghai is unquestionably a leader when it comes to world-class food and world-class culture," he commented.

He suggested that Shanghai leverage its unique place in the world to create iconic events associated with food such as key food and premium beer festivals.