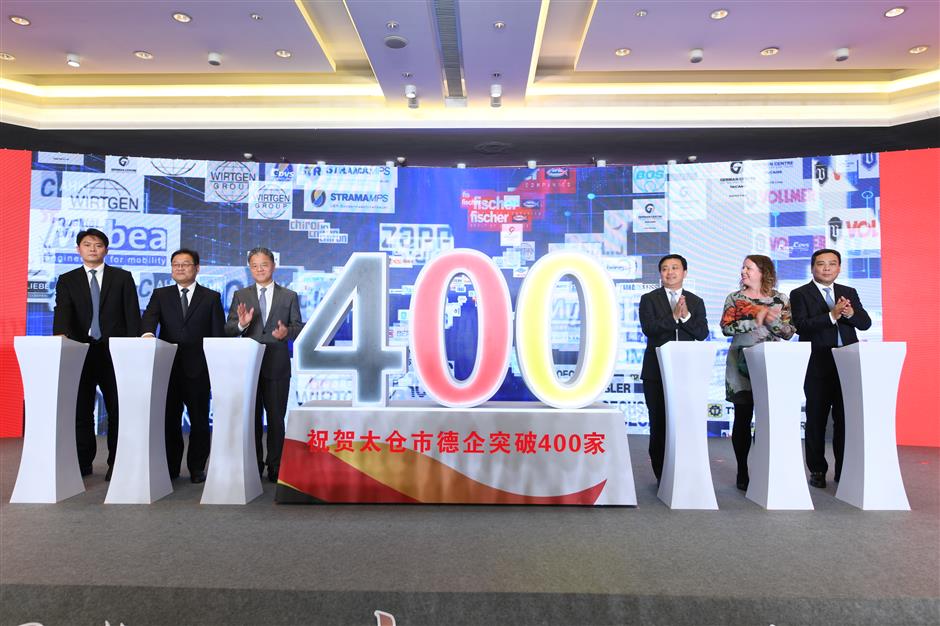 Taicang announced it has attracted 400 German companies, as the city in neighboring Jiangsu Province beefs up efforts to improve services for foreign companies.

It took Taicang 14 years to attract the first 100 German companies since Kern Lierbers Co Ltd came to Taicang in 1993 as the first German investor. The next 100 came in the following six years, and the level reached 300 five years later.

"It show the strength of 'Taicang Speed' as it took only three years for us to attract 400 German companies from 300," said Wang Xiangyuan, Party secretary of Taicang. "We will continue to improve our services, making Taicang a better home for foreign companies."

Next, Taicang will improve its business environment by improving efficiency. It promised that enterprises can be set up within half a day, and key projects only need seven-and-a-half days for registration. The city also develops online investor guides to allow easier investment.

Meanwhile, the city offers up to 100 million yuan (US$15.5 million) support for each leading innovative company to attract more investment and talent.