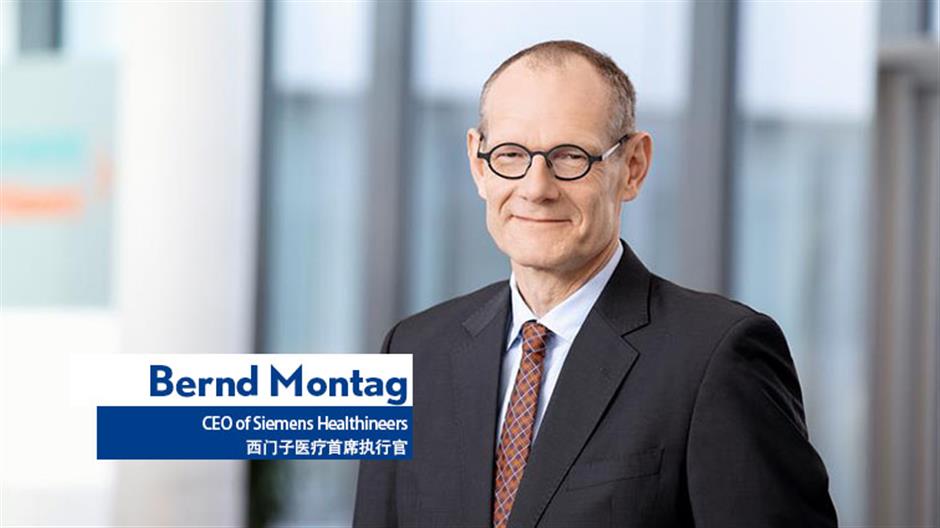 This summer, China's President Xi Jinping announced that China has achieved one of its long-term objectives – the centenary goals which the government set itself: Building a moderately prosperous society.

In fact, China's success over the past decades has been spectacular. The economic figures are well known. Slightly less well known is the fact that China has made equally remarkable progress with regards to health and health care during the same time.

This year marks our fourth time participating at the China International Import Expo. Once again, this platform has proven its key role in facilitating and fostering international exchange, as well as the place where we could showcase breakthroughs in health care which will support the country's goals to achieve better care for all.

For nearly two years now, COVID-19 has been on everyone's mind. Fortunately, we can be confident that we are finding the right answers to this challenge, especially since great progress has already been made.

At the same time, we must not lose sight of the fact that there are other serious diseases which impair people's health, quality of life and welfare.

Cancer is one of these illnesses. It is the second most common cause of death worldwide, 30 percent of which being from China alone. That's in part due to the country's large population, even minimal increases in incidence or mortality rates indicate great threats to individuals at risk and a significant economic burden.

In line with its economic success, China has made much progress in rendering high-quality diagnosis and treatment of cancer available for more and more people.

There is more going on, however. Due to novel approaches to diagnostics and treatment, we are in the middle of a global transformation of health care.

China is a main global center of this transformation. Siemens Healthineers, a leader in medical technology, has a longstanding commitment to advancing medical innovation in China.

A core part of innovation in medical technology and of our work at Siemens Healthineers revolves around digitalization, telemedical care, and the application of Artificial Intelligence (AI) to medical problems.

For instance, we have had good experiences in China and elsewhere with telemedical care for COVID-19 patients, with computer tomography scanners that are operated from far away rather than from the next room, and with digital, AI-based assistants that support doctors in making decisions.

Not only with regards to COVID-19 – these experiences can be transferred to other areas as well, for example the remote care of cancer patients.

In other words, medical technology is a key factor for making health care better and rendering it more equitable.

Medical technology saves lives. It is also a significant economic factor. Cancer, for instance, accounts for economic costs of about US$1.6 trillion per year, according to estimates by the World Health Organization.

Every wise investment in improving cancer care pays off many times over. It also directly protects people from terrible suffering, while indirectly increasing welfare by freeing up resources that can be put to other, socially beneficial use.

As a company, Siemens has been active in China since 1872, while Siemens Healthineers, its younger spin-off, has maintained a manufacturing and R&D presence in China for 30 years. To further build on the long history of our cooperation in China, we opened the Siemens Healthineers Innovation Center in Shanghai this September. The Center will serve to enhance our cooperation with Chinese start-ups, university researchers, and development partners.

China is among the leading centers for research and development worldwide. Our work with our Chinese partners will thus contribute to realizing the potential inherent in medical technology:

To make health care more effective and more equitable – in China and worldwide.