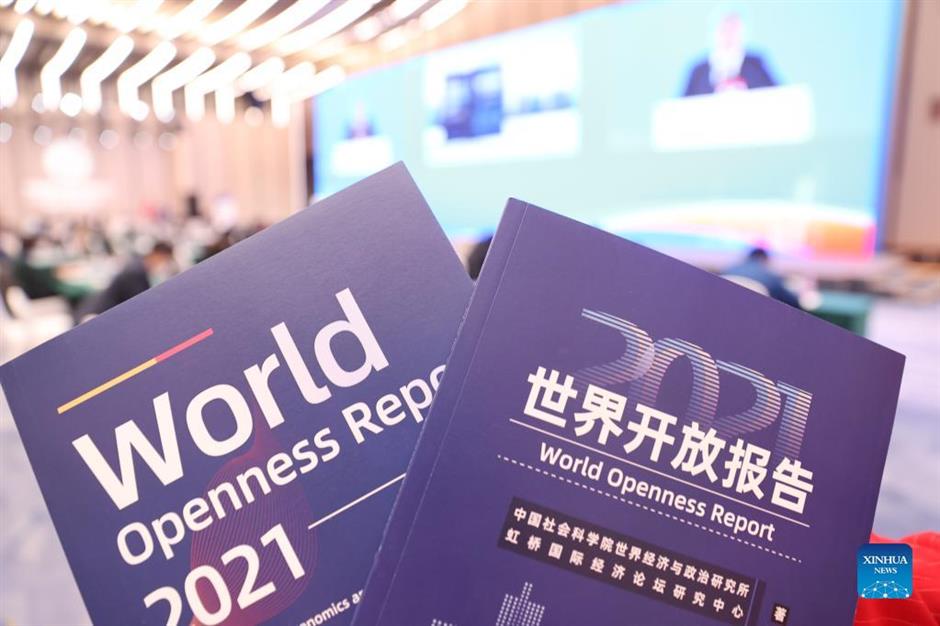 A new study has praised China's significant achievements in opening up, especially the high-quality development since the 18th CPC National Congress in 2012.

China has significantly enhanced its openness, rising 22 ranking positions, according to the World Openness Report released at the fourth Hongqiao International Economic Forum.

The report was compiled by the Institute of World Economics and Politics of Chinese Academy of Social Sciences and the Research Center for Hongqiao International Economic Forum.

It was conducted based on the openness index of 129 major economics, with analysis regarding the openness of economies, openness of geographic regions, the relationship between openness and economic development.

The ranking tracked data from 2008 to 2019. A total of 79.1 percent economies saw their opening-up level to the outside world expand.

The 10 most open economies are all developed economies, with Singapore in the highest position with an openness index reading of 0.8646.

China's openness index expanded by 9.6 percent, to 9th place among all 129 measured economies in the world.

It has also become a positive force in the world's overall opening-up drive, and it has swum against the stream to continue to raise its level of openness.

The three countries that rose by most notches are South Korea, Georgia and Iceland.

China's share in the world economy rose from third place to second, and has helped increase its influence on the overall openness of the world.

China has become a positive force contributing to the expansion of the world's openness and plays a positive role in promoting the harmony and integration of mankind.

New progress have been continuously made in collaborated, opening-up in various fields and cultural exchanges. Mutual learning have been greatly enhanced.

In conclusion, the report says that the world still has a great openness potential.