Port of Hamburg representatives delighted to be at CIIE 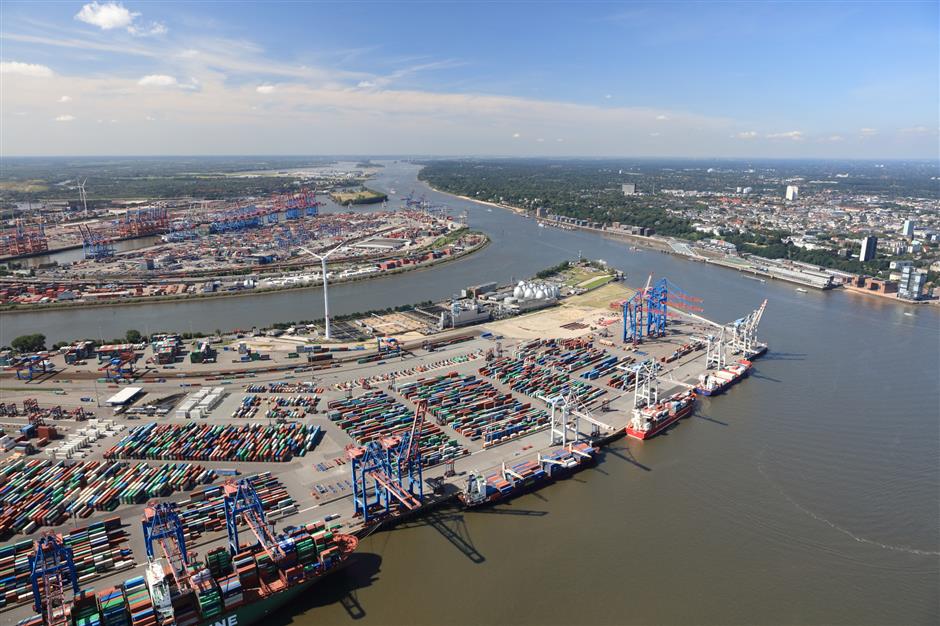 The port of Hamburg

Hamburg has been a popular name in Shanghai of late as the German city was the starting point for the China-Europe Railway "Shanghai-Express" loaded with exhibits for the China International Import Expo.

The city, which has a partner-city relationship with Shanghai for 35 years, is also known for its port businesses.

At this year's CIIE, Hamburger Hafen und Logistik AG (HHLA), Hamburg's largest port handling and logistics company, and Port of Hamburg Marketing (HHM) representing the Port of Hamburg, have a stand (Hall 8.2, Stand B6-18) to explore more connections between China and Hamburg.

The Port of Hamburg has participated in CIIE since the expo's inauguration in 2018.

"We are delighted to be able to present the Port of Hamburg again at CIIE in 2021," said Axel Mattern, CEO of HHM.

"After a few tense first months this year, which were shaped by the ongoing global pandemic, we are now looking confidently to the future. A very positive result in trade with China in the first half of the year also contributes to this."

Around 2.4 million standard containers (TEU) related to Chinese trade are handled annually in the seaport of Hamburg. Almost every third container crossing its quay walls is bound for China or originates there, making it by far the port's most important trading partner.

As a supporting event of CIIE, HHLA, HHM and Hamburg Liaison Office China (HLO) will co-organize "German Logistics Roundtable" for the second time.

This year, it will be held as a face-to-face event on Monday.

At this round table meeting, HHM and HHLA along with other German companies like Eurogate, Rhenus Logistics China and DB Cargo, will provide information about the diverse range of services offered by Port of Hamburg and its worldwide connections – by ship and rail.

Furthermore, the railway connections of the New Silk Road between China and Europe will also be the highlight at the booth of Port of Hamburg.

"Currently 230 weekly rail connections between Hamburg and over 20 Chinese destinations are being offered – an ideal addition to around 15 liner services that connect China and Hamburg every week by sea," said Mattern.