The Export-Import Bank of China has pledged to support import financing, practically boost the spill-over effect of the China International Import Expo, and promote high-level opening-up.

The bank signed agreements at the fourth CIIE on cooperation with more than 40 companies, with contract value exceeding 23 billion yuan (US$3.6 billion) in total, for projects covering sectors such as advanced manufacturing and green finance.

As a leading bank in China committed to promoting the development of foreign trade and investment and international economic cooperation, the Export-Import Bank takes a major position at the CIIE to carry out its principal business and responsibilities, said Wu Fulin, head of the Export-Import Bank of China.

Wu said the bank would keep in line with the national policies and the needs of the real economy, keep innovating and improving financial services, and constantly enhance credit supply to help stabilize foreign trade.

Over the past three sessions of CIIE, the bank has cumulatively offered support to enterprises nearly 300 times in various forms such as giving exclusive financial service solutions, setting special import quotas, and signing contracts of financing.

In general it had provided credit of more than 200 billion yuan in the previous sessions of the expo, showing its efforts to fulfill the duty to bolster foreign trade growth and better serve the opening up in the new era. 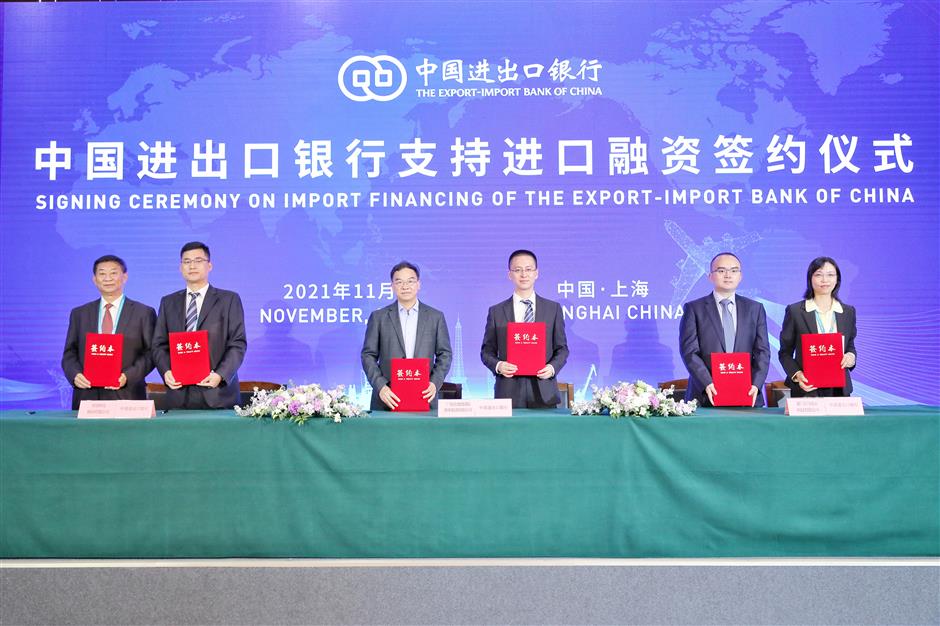