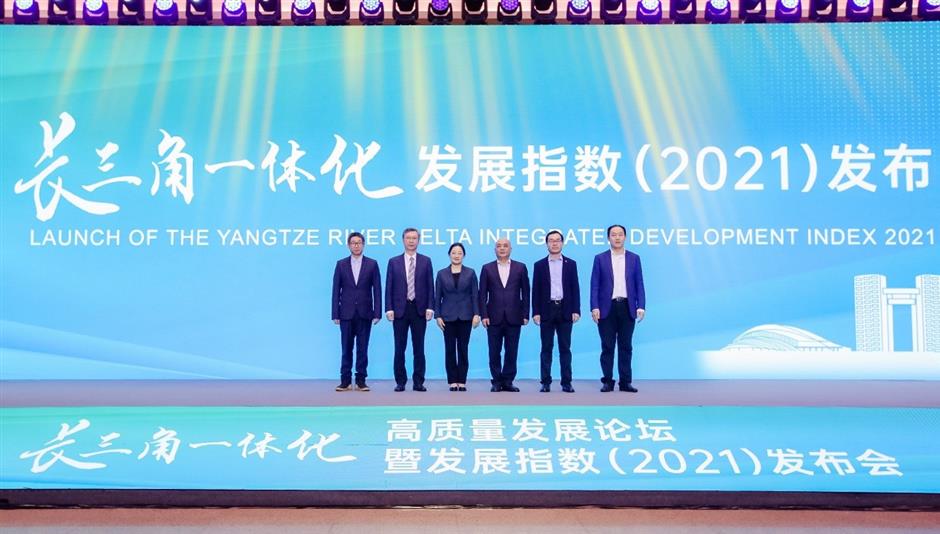 The Yangtze River Delta region has seen much faster growth after Chinese President Xi Jinping announced the national strategy of further integration of the region at the China International Import Expo in 2018, according to an evaluation by the information center under Xinhua news agency.

The YRD Integration Index 2021, unveiled on Saturday at the sidelines of the CIIE, stood at 178.9 points, showing a compound growth of 5.99 percent annually since 2010.

It is the first time that Xinhua news agency has released the index to the public, which is expected to be a standard measurement of YRD integration in the future.

By the end of 2020, there were 6,000 kilometers of high-speed railways in the YRD, making the region the busiest train hub across the country.

The YRD region had also improved the environment with concerted efforts by cities in terms of air and water quality, and has seen better health-care and educational services than that of the national average.

"We have achieved shared growth in YRD in areas such as public services, ecological management and legal services in the past three years, and we need to quantify the successes," said Zhang Zhongwei, deputy director of the Shanghai Development and Reform Commission.

"The index can be a barometer for the implementation and improvement of the YRD strategy."