Various parties in China are paying more attention to the norms and development of the sharing economy.

A report on the standardization and development of the sharing economy this year was released on Sunday by the Development Research Center of State Administration for Market Regulation at the fourth China International Import Expo.

Data in the report showed that the overall scale of the sharing economy in China has been constantly expanding.

In 2020, the sector posted a market transaction size rising 2.9 percent, the number of participants up 3.8 percent and the volume of direct financing surging by 66 percent.

"It has now become an important driving force for the digitalization in economy and society.

"The sharing economy is facing new opportunities under the new "dual-circulation" development pattern in China, while it is also met with some new situations and new problems.

"It is urgent to regulate this sector especially in terms of the responsibilities of enterprises, disorderly expansion of capital, and security," Yao said.

In 2021, about 15 policy documents related to the sharing economy were issued in China.

As mentioned in the 14th Five-Year Plan, "Policies and regulations favorable for the digital economy will be introduced, along with better rules for managing the sharing economy, the platform economy, and the new individual economy. Improper items requiring administrative approval and qualifications will be cancelled and platform enterprises will be supported in pursuing innovative development and building their international competitiveness."

Also at the event, executives of some leading companies in the sharing economy, such as Full Truck Alliance, Xiangdao Chuxing, Beike, and E-PORTS, shared their experience and views about the responsibilities and missions of platform enterprises in this emerging industry. 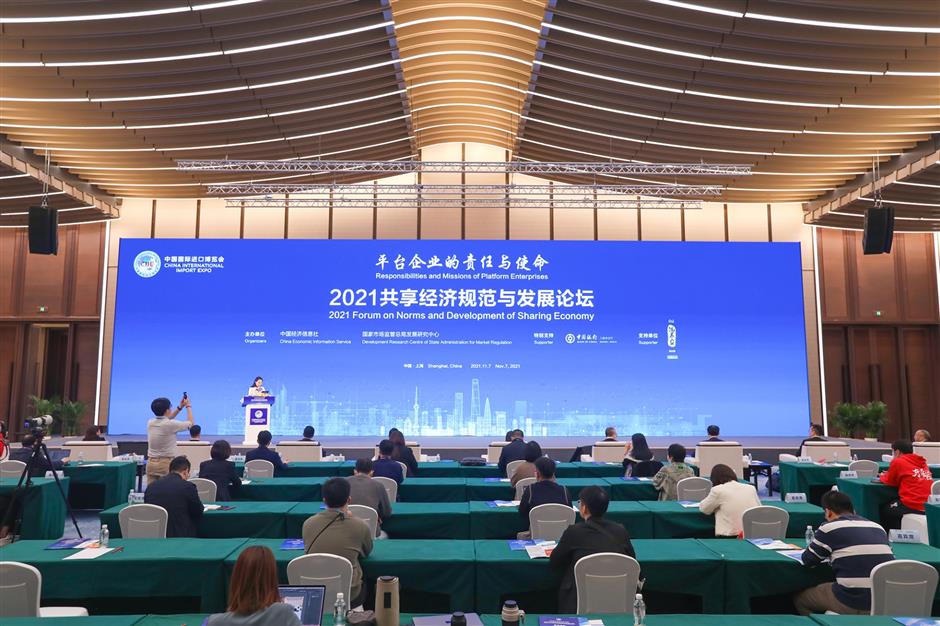 The forum on the norms and development of sharing economy.