Food suppliers from around the world descend on the CIIE

Made-for-China new offerings are a highlight as the latest consumer goods and services are being presented to cater to domestic demand on various fronts.

A four-time exhibitor at CIIE, Mondelēz is bringing over 100 products, over half of which are making their first-ever appearances.

A carbon black gum from Mondelēz Japan made its debut at CIIE in 2019, and after receiving positive feedback, it decided to expand one of its production lines in Guangzhou and have the Stride gum produced locally instead of from Thailand beginning in mid-2021. 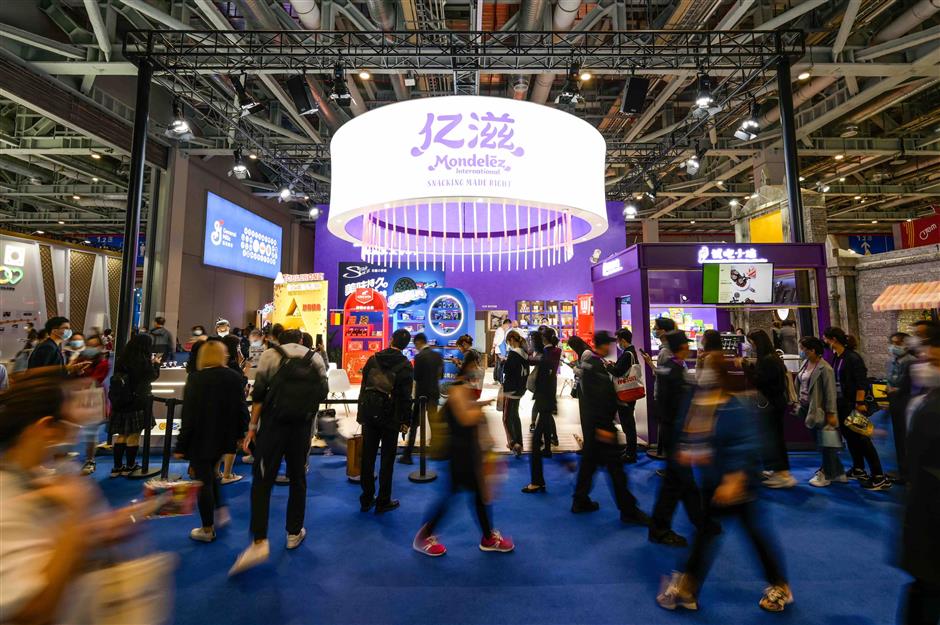 "We have a diverse foreign product portfolio and this is an example of when we turned from exhibitors to investors," President of Mondelēz China Joost Vlaanderen told Shanghai Daily during an interview.

He said the company has seen double-digit growth in the first three quarters in China this year and has added more than 200,000 new stores in county-level and rural areas to its distribution network.

The snack vendor is benefiting from consumers' repeated purchases and buying in bulk volume as well as trading up especially among affluent shoppers.

"We hope to find more collaborators in solutions and environmental protection initiatives because we believe the sustainable cause can not be pursued on our own," he said. 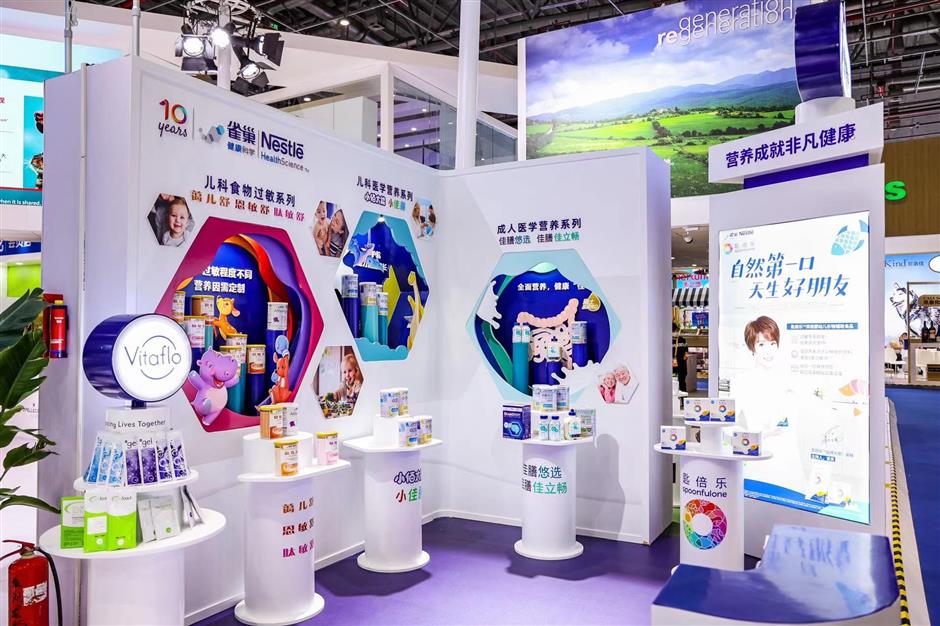 Food giant Nestle, also a fourth-timer at CIIE, has come with Nestle Health Science (NHS) this year along with its other business units to demonstrate strength in functional research and development. NHS unveiled 86 products from seven sub-brands with functions ranging from strengthening immunity, relieving emotions to protecting the nervous system and slowing down aging.

Among them, Vitaflo, a nutritional product brand for rare diseases, has caught wide attention as it may only serve a small group of people but it means a lot for them and the study on how to treat rare diseases such as innate metabolic diseases, nephropathy, maple syrupuria, hereditary hypertyrosinemia, homocystinuria and congenital metabolic diseases. It may also help the management of disease-related malnutrition, the firm said. 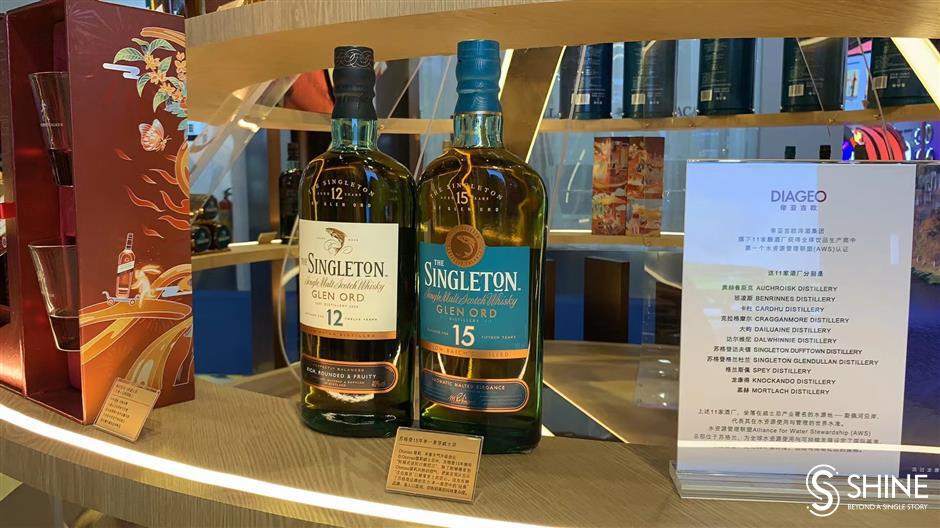 Managing Director for Diageo China Mark Edwards said at the CIIE that it looks to further capture the strong tailwind for alcoholic consumption in China.

Last week it announced a 500-million-yuan (US$77 million) investment in a new distillery in Yunnan Province which will be operational in two years.

Edwards said there's great potential for China to have its own home-grown whisky and even to become on par with globally renowned whiskies.

The market penetration rate of whisky consumption is set to keep rising from about a 2 percent average level in the country, he noted.

Diageo, which owns liquor brands such as Johnnie Walker, Singleton and Baileys, said the 66,000-square-meter distillery would source water from the Erhai Lake in Yunnan Province, and construction is to begin early next year.

Imported strong liquor was the biggest category among all imported spirits in the first half of this year thanks to a strong rebound in consumption, according to the China Alcoholic Drinks Association.

With the recent announcement of an investment in the Shanghai R&D Center and Asia Pacific logistics hub in Shenzhen, the company said it hopes to get closer to consumer demands to explore new product development and formulation of recipes based on local preferences in multiple categories.

In the snack sector, Ovaltine's malt and coco powder drink and coco-filled biscuits are new comers at the CIIE while its booth is also showing crisp museli as well as traditional Chinese drinks to cater local tastes.

It's also strengthening its position with powdered soft drinks and snacks through co-branding with other food and beverage offerings. 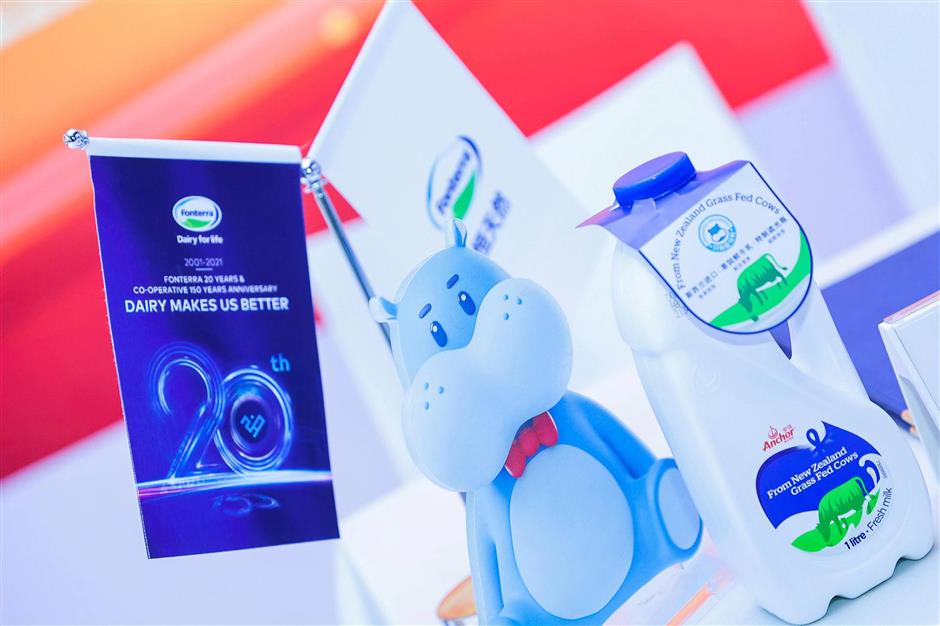 Fonterra's grass-fed milk, which is the New Zealand company's latest fresh liquid milk line in China, is hitting the shelves in about 60 Freshippo outlets in the country after a collaboration was inked at the CIIE over the weekend.

Vice President of Fonterra China Bo Shuangyu said it aims to continue to offer more premium dairy products thanks to the huge market potential for fresh milk, butter and cheese.

"Many of our competitors have not yet made a presence in the butter and cheese sector and we see a huge opportunity to leverage our leading market position," she added. 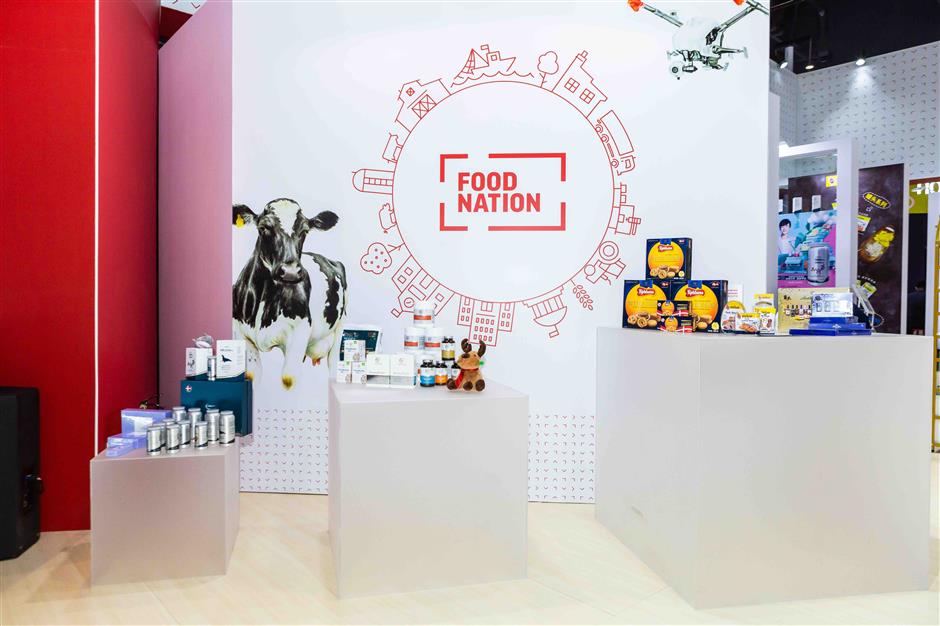 Returning to China International Import Expo for the fourth time, the Danish food pavilion is offering iconic brands with an even bigger representation of Danish food companies to participate in the CIIE.

Kelsen Group's cookie brand Kjeldsens is also appearing for the fourth time this year and leveraged the expo's platform to forge partnerships with local online and offline distribution companies.

It's among over 30 Denmark brands at the pavilion covering dairy products, bakeries, and nutritional supplement providers. 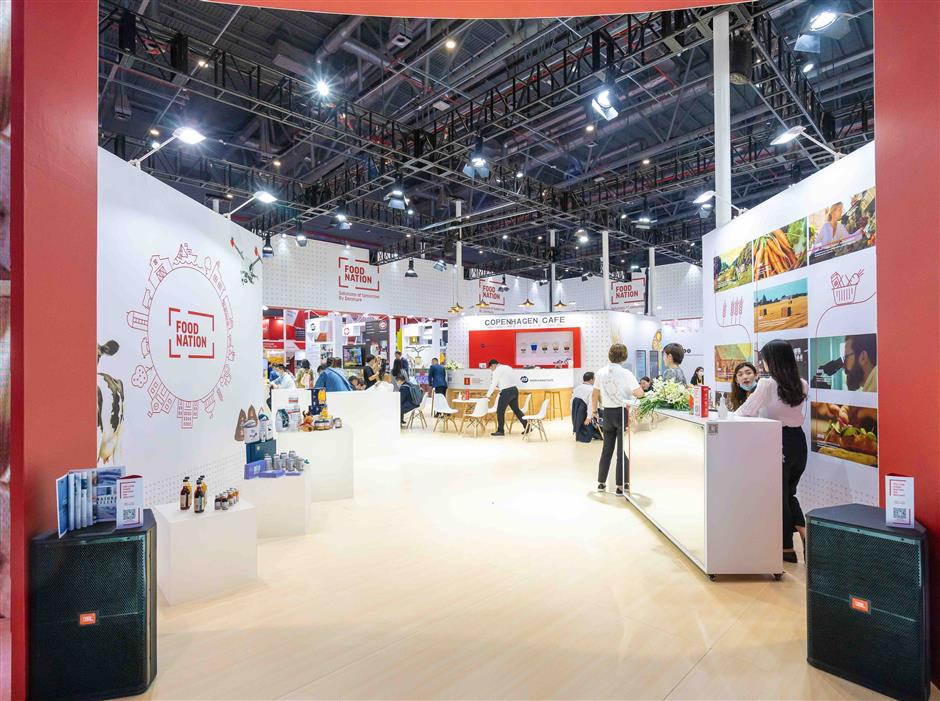 "We find the CIIE an important platform to invite potential collaborators and to exchange ideas with government institutions," said Leo Liu, president of ADM China.

It also feels China's continuous growth of agricultural trade and business opportunities in the local market.

"We're confident that we can further improve our offerings for plant-based ingredients and food in terms of nutritional benefits and flavor with continuous investment in our local R&D capability and supply chain," added Mark Pan, business director of Plant-based Protein at ADM Human Nutrition APAC.

It decided to begin the expansion of its Tianjin plant for a larger production capacity for probiotics and other nutritional supplements thanks to increasing demand in the domestic market.

It also sees the expo as an excellent chance to introduce overseas pet food and probiotics to the local retail market in the near future.