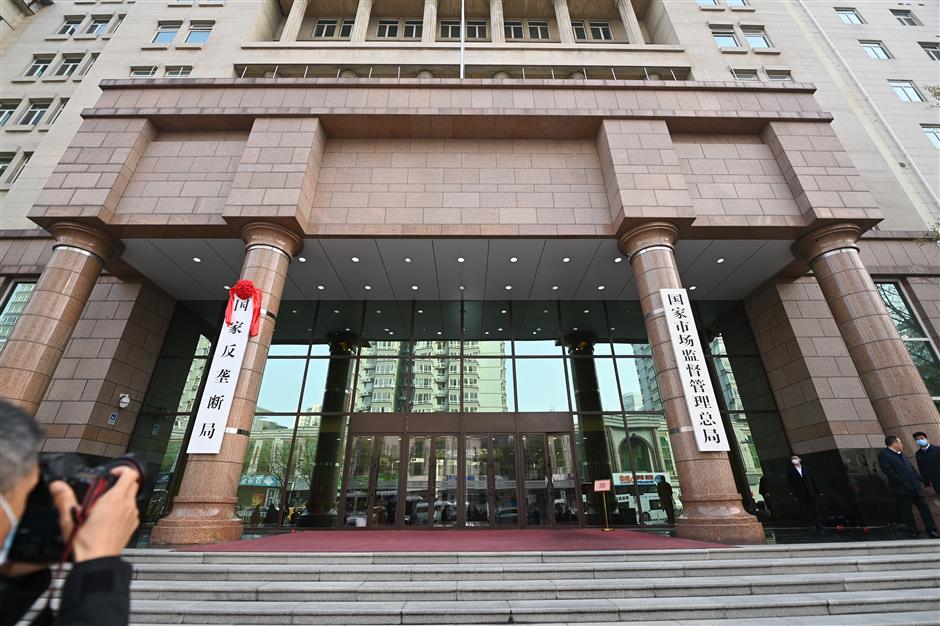 China's national anti-monopoly bureau is unveiled in Beijing on Thursday.

China's national anti-monopoly bureau was inaugurated in Beijing on Thursday, which will aim to strengthen anti-monopoly supervision in the country.

Speaking at the opening ceremony, Wang Yong, head of the Anti-Monopoly Commission of the State Council, called for a better regulatory system to create a fair market environment.

The move reflects that the Communist Party of China Central Committee and the State Council attach great importance to anti-monopoly work, Wang said.

The national anti-monopoly bureau has been set up in the same building as the State Administration for Market Regulation (SAMR).

Wang stressed efforts to accelerate the improvement of the anti-monopoly regulatory system and rules and regulations, maintain a fair market environment, and provide strong support for building a new development paradigm, a high-standard market system, and high-quality development.

Wang called on the bureau to further implement the fair competition policies, and strengthen supervision and law enforcement in areas involving platform economy, innovation of science and technology, information security and people's livelihood.

He warned against all forms of monopoly and unfair competition, as well as the disorderly expansion of capital, and urged efforts to protect the legitimate rights and interests of market entities and consumers.

The State Council, China's Cabinet, has appointed Gan Lin, deputy head of the SAMR, as head of the new bureau.