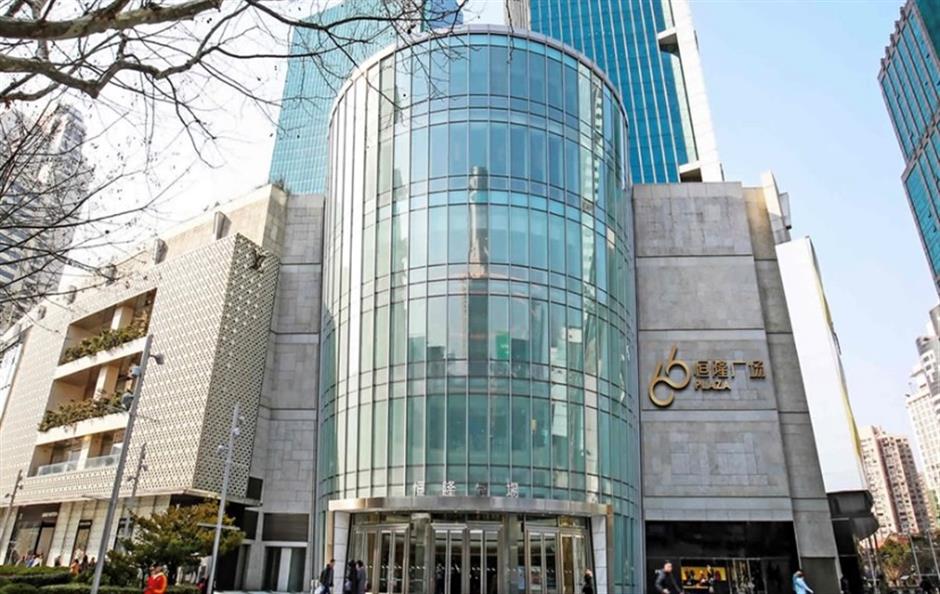 Plaza 66 is a landmark commercial complex on Nanjing Road W. in Shanghai.

Commercial services and creative industries have prospered in Jing'an District so much so that office and integrated commercial complex Plaza 66 is expected to become the first in Shanghai to report over 10 billion yuan (US$1.54 billion) in business income tax from vendors within.

As many as 74 office buildings and commercial complexes in the downtown district have contributed a total of 50.7 billion yuan in enterprise tax in the first 11 months, according to Jing'an officials.

Their combined tax made up 64 percent of total enterprise income tax in the district.

One of the landmark commercial complexes in the district, Hang Lung Properties' Plaza 66 is also home to a wide range of regional and national headquarters of leading multinational firms.

Since opening in 2006, it has been popular among multinationals, IT and fashion businesses.

Plaza 66 is located on Nanjing Road W., one of the key commercial streets in the city, and has continued to attract various retailers and businesses.

The outstanding performance of Plaza 66 is a reflection of the broader ecosystem of the vibrant business environment along Nanjing Road W., according to Long Fang, director of Jing'an Investment Promotion Office.