Shanghai's consumer confidence stayed positive albeit weakened a bit in the final quarter of last year due to a mix of high bases and the pandemic, according to a recent survey.

The Shanghai University of Finance and Economics' quarterly Consumer Confidence in Shanghai Index fell 8.2 points from the third quarter to 111.7 points for the October-December period, down 2.3 points from a year earlier.

The university's Index of Investor Confidence, meanwhile, was 120.61 points, remaining flat from the previous quarter and 6.4 points lower than the same period last year.

For both indexes, a reading above 100 signifies optimism while lower than 100 indicates pessimism.

The retreat in consumer confidence was partly due to the high base in the third quarter, as the figure was still well above the 100-point benchmark, said Xu Guoxiang, director of the university's Applied Statistics Research Center.

Also, amid the continued ravages of COVID-19 around the world, the external economic environment was complex and volatile, while the domestic economy was still in recovery and also faced many structural contradictions, which also dragged down the consumer confidence data.

But considering that the city's orderly and effective efforts to control the pandemic provided a stable environment for economic development, Xu believed there was no need to be too worried over the economy. 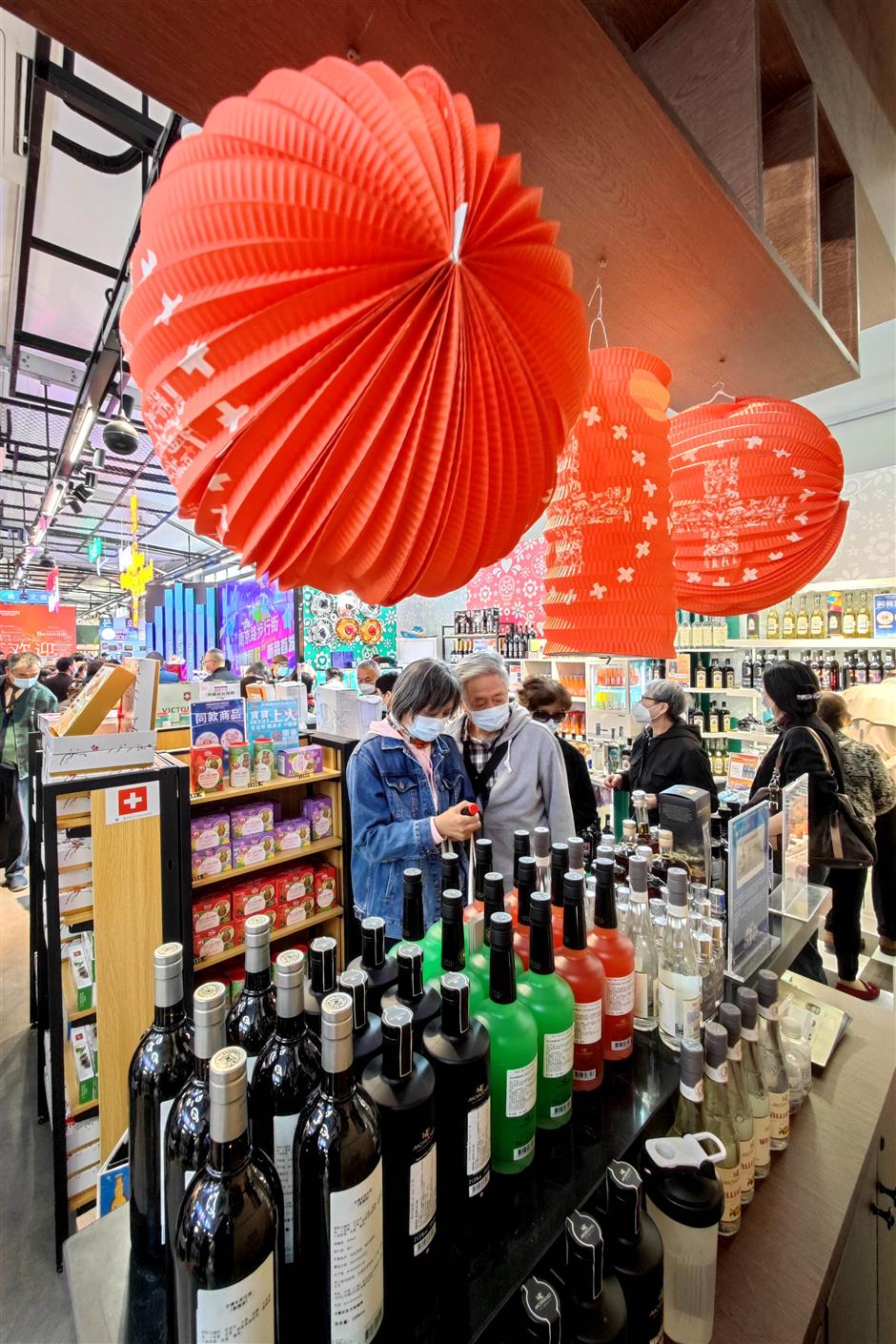 Consumers shop for imported products on Nanjing Road E. in Shanghai. The city's consumer confidence stayed positive albeit weakened a bit in the final quarter of last year.

The survey showed the sub-index for consumer evaluation of Shanghai's economy tumbled 21.2 points from the third quarter, the sharpest drop among all sub-indices in this term, to 132.9 points, its lowest ebb since 2013.

Consumers' evaluation of earnings for the October-December period also dropped by 17.4 points quarter on quarter and were down 4.9 points year on year, but still above the neutral level.

Their evaluation of employment also registered declines on both the quarterly and yearly bases, by 14.5 points and 5.5 points respectively, which should rank high on the list of things to be concerned about.

A sub-index of purchase intentions, however, soared 9.4 points from the previous quarter to 94.5 points, with the index of home-buying intentions taking a bump up from the third quarter to 95.9 points, the sharpest surge of 43.3 points since the launch of this survey, indicating the city's current real estate market gained more recognition.

The intention to buy durables was up 8.2 points from July-September and 1.6 points higher than a year earlier, signaling a gradually stronger domestic demand.

Looking forward, Xu suggested Shanghai give full play to its innovative advantages and build a modern industrial system guided by innovation in science and technology.

The unchanged investor index, meanwhile, indicated a much more stable and positive attitude, mainly due to the strong resilience of exports which eased downward pressure on the economy to a certain extent, said Xu and Chang Ning, a professor at the university's school of statistics and management.

At the same time, macro-economic policies were stable and flexible, which created a good environment for economic operation and boosted the confidence of investors.

Xu and Chang also noted that micro, small, and medium enterprises (MSMEs) have received more attention since the outbreak of the pandemic.

The implementation of a series of supportive policies for MSMEs has effectively solved the financing difficulties of such enterprises, they noted.