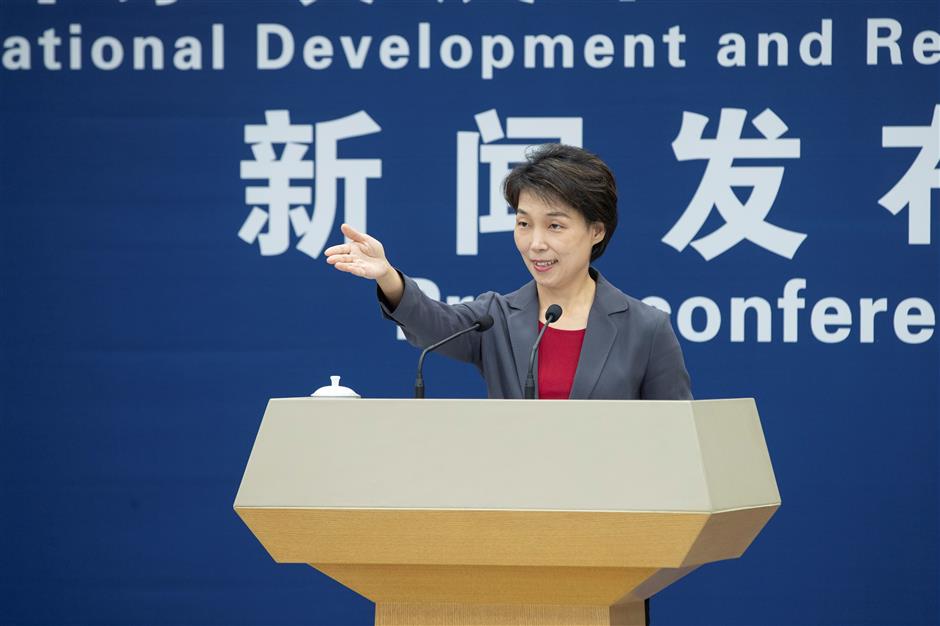 Meng Wei, spokesperson for the National Development and Reform Commission, speaks at a press conference in Beijing on September 19, 2022.

China will take measures to boost foreign investment, with the manufacturing industry as a priority, the country's top economic planner said on Monday.

China will facilitate the exchange of business personnel of foreign companies on the premise of strictly implementing epidemic prevention, as part of the efforts to address their outstanding problems, Meng Wei, spokesperson for the National Development and Reform Commission, told a press conference.

Alignment between the foreign trade and foreign companies and their upstream and downstream counterparts will also be strengthened, Meng said.

China is accelerating the revision of the industry catalog that encourages foreign investment, with a focus on channeling more investment into sectors such as advanced manufacturing, high-end technologies and modern services, as well as the central, western and northeastern regions of the country, Meng noted.

The country will also organize promotion activities for industry investment and cooperation to set up an exchange platform for multinationals and localities.