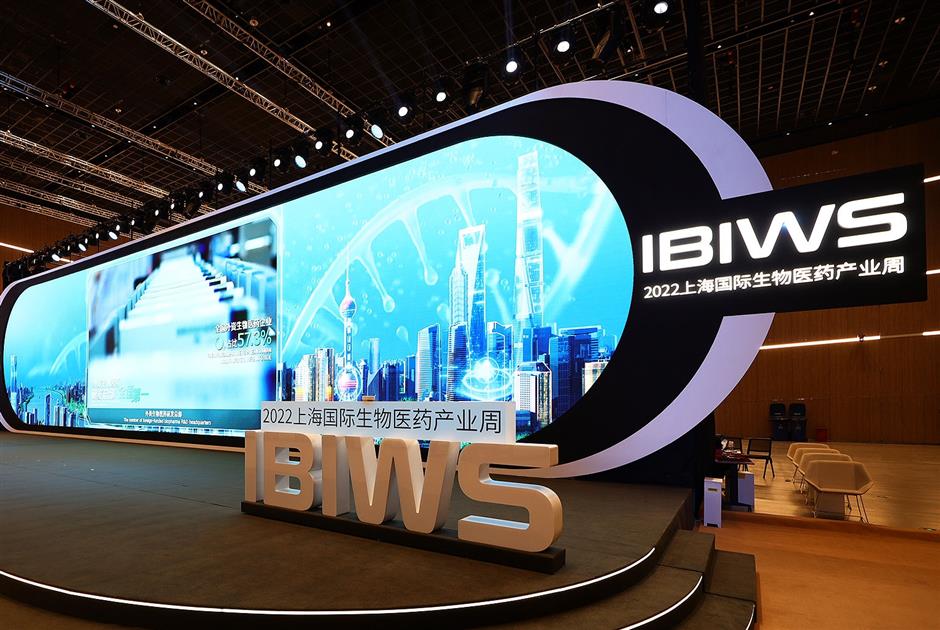 The weeklong Shanghai International Biopharma Industry Week 2022 kicked off on Monday under the theme "Unite and Upgrade for a Better Future."

Shanghai renewed its pledge to support biopharma companies, drawing up a grand vision for local innovations that will benefit the health and wellness of all people.

Under the theme "Unite and Upgrade for a Better Future," the weeklong Shanghai International Biopharma Industry Week 2022 kicked off on Monday. It is expected to serve as a vital platform to help the industry advance. 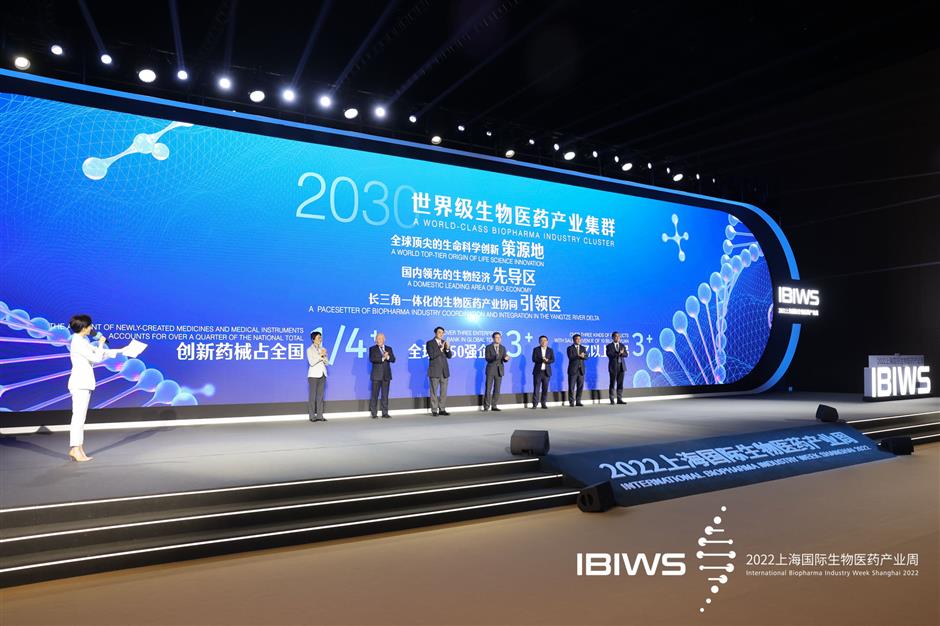 Shanghai aims to become a world-class biopharma industry hub by 2030.

By 2025, the city aims to have a biopharma manufacturing industry valued at 240 billion yuan (US$35 billion), with the total industry size exceeding 1 trillion yuan.

In the first three quarters, the size of the industry expanded 4.6 percent to 616.6 billion yuan.

Seven specialty industry parks were set up to encourage participants to be better linked to achieve more synergies and as many as 5.7 million square meters of industry land have been allocated for sale or lease to medical companies seeking to set up business in the city.

Leading multinational and domestic pharma companies were designated as "Biopharma Digital Transformation Pioneers" thanks to their efforts and dedication to incorporate digitalization efforts into the health-care and pharma industry. 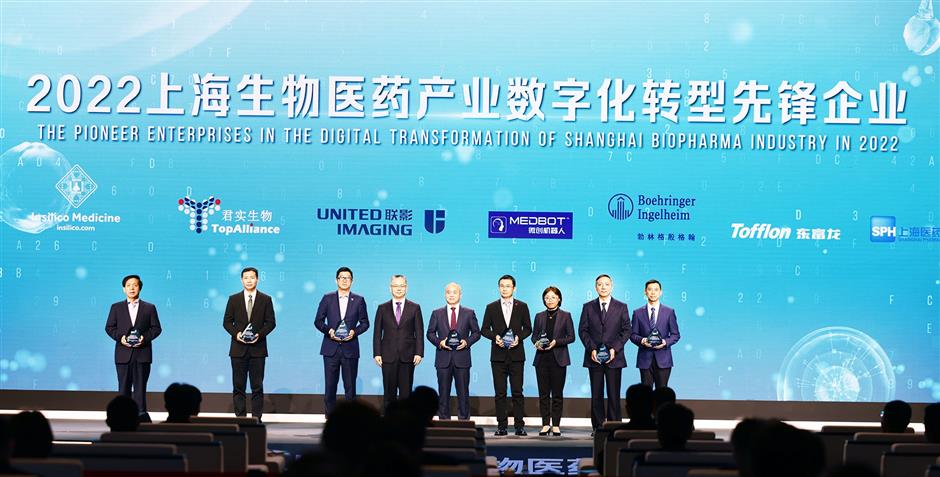 Local and multinational biopharma companies were hailed as role models for their efforts in digital transformation.

International and local players are already rushing to the city to leverage its prime location and advantage to link upstream and downstream players.

"It's the right moment for domestic biotech companies to boost research capabilities with a wide range of stimulus policies targeting local startups," Lu Xiangyang, CEO and founder of Laekna Therapeutics, pointed out.

The five-year-old Shanghai startup is looking to file new drug application as early as next year for a potential new drug aimed at a specific type of cellular pathway related to cancer.

One of its most promising clinical studies targets relapsed ovarian cancer, and the company said the temporary uncertainties of the market won't deter truly promising researchers and breakthrough therapies.

Leading academicians and researchers at the forum spoke highly of Shanghai's role in further promoting and propelling the establishment of a community of health and wellness for mankind.

Chen Kaixian, academician of the Chinese Academy of Science and professor of the Shanghai Institute of Materia Medica, noted that China has leapfrogged many countries in the past decade when it comes to new drug research.

Artificial intelligence is set to play a crucial role in the full life cycle of the research and application of new technology and research works and industry players should come together and seek greater synergies, according to Jiang Hualiang, a CAS academician and also a Shanghai Institute of Materia Medica professor.

This year, a Shanghai-originated AI pharma research alliance would be expanded with 10 new members in addition to about two dozen existing ones to fuel innovation and exchange latest industry advancements.

Dong Chen, another CAS academician and director of the Shanghai Immune Therapy Institute, also called for more domestic and international exchanges and collaborations, saying that new scientific advances and research efforts should target the well-being of mankind instead of pursuing profit.