In 2005, 29-year-old Wang Hong was a third year graduate student at Fujian Medical University in Fuzhou, southern China’s Fujian Province. The chances of working at a local hospital after graduation were high, but she was also seeking opportunities elsewhere.

Then she saw an advertisement about the High-level Talent Intelligence Introduction Conference in Ningbo. It promised to cover the travel costs of graduates coming from other places. So she gave it a try.

The train from Fuzhou to Ningbo took about 10 hours. But the result came much earlier than expected. In less than two weeks, she received an offer from Ningbo Women and Children’s Hospital.

“Their efficiency was really impressive,” said Wang, who is now vice head of the children’s gastroenterology department at the hospital.

“I only found out later that the person who interviewed me at the fair was the president of the hospital.”

The conference, initiated in 1999, has attracted over 60,000 people like Wang to work and stay in Ningbo over the past 20 years. And in 2006 it became part of the Ningbo Talent, Science and Technology Week.

This year, the talent week includes 16 major events targeting overseas returnees, academics, entrepreneurs and other high-end professionals in specialized technological areas. Over 3,000 local companies and institutions are offering more than 13,000 job opportunities over the week, which ends today.

It is expected to attract more than 20,000 visitors.

In the Yangtze River Delta City Cluster Plan approved by the State Council in 2016, Ningbo is listed as an independent metropolitan area, “a world-class port and a hub of international shipping and logistics services,” together with four other regional centers including Nanjing, Hangzhou, Hefei and Suzhou-Wuxi-Changzhou.

The competition for talent has been fierce so far. Since December last year, the Ningbo government has announced two measures under the “3315 plan” to extend the scope of individuals and teams who can enjoy preferential policies from the plan. 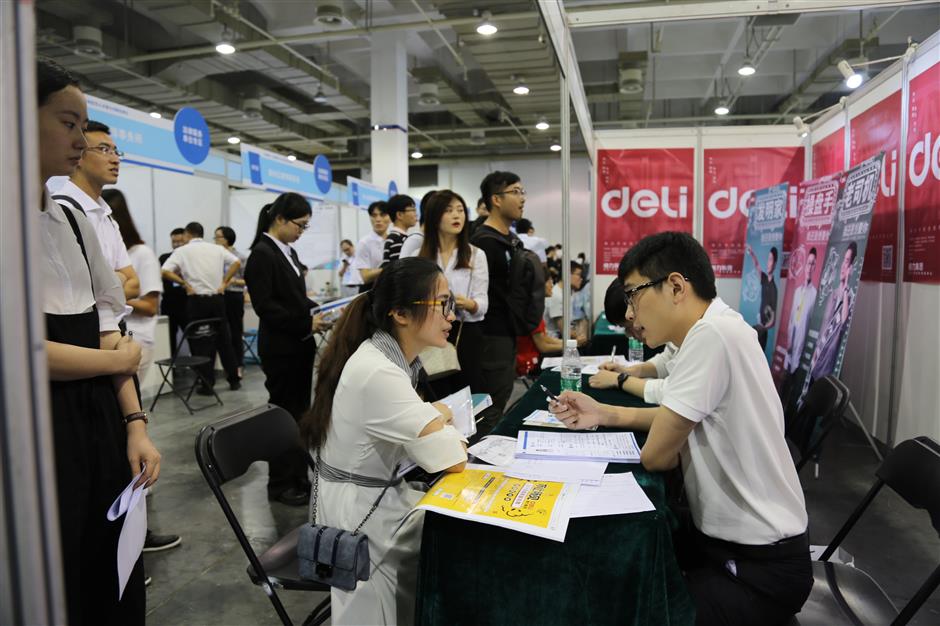 More than 3,000 local companies and institutions offer over 13,000 job opportunities during the 2018 Ningbo Talent, Science and Technology Week.

According to these measures, a start-up team which meets certain criteria and promises to stay in Ningbo for at least 10 years can be funded with millions of yuan. If the project is special enough, there is no funding limit.

“Ningbo has a large manufacturing output, larger than Hangzhou,” said Jin Yan, vice head of the Organization Department of the Ningbo Committee of the Communist Party of China.

“The area that we are weaker in is the service industry. So this time nine new areas have been added to the plan, which include e-commerce, shipping and logistics, finance and insurance, technology services and modern farming, amongst others,” added Jin.

These companies are also bringing in the latest technology. In 2017, the total investment in research and development reached 640 million yuan, with 889 new patents approved. The number of patents approved in the six years from 2011 to 2017 is 4,126.

The Konfoong Materials International Co Ltd is one of the companies which benefited from the “3315 plan.”

Before Konfoong was launched in Ningbo, there was no manufacturer in China producing sputtering targets used to create a thin film for integrated circuits. Supplies came only from overseas. 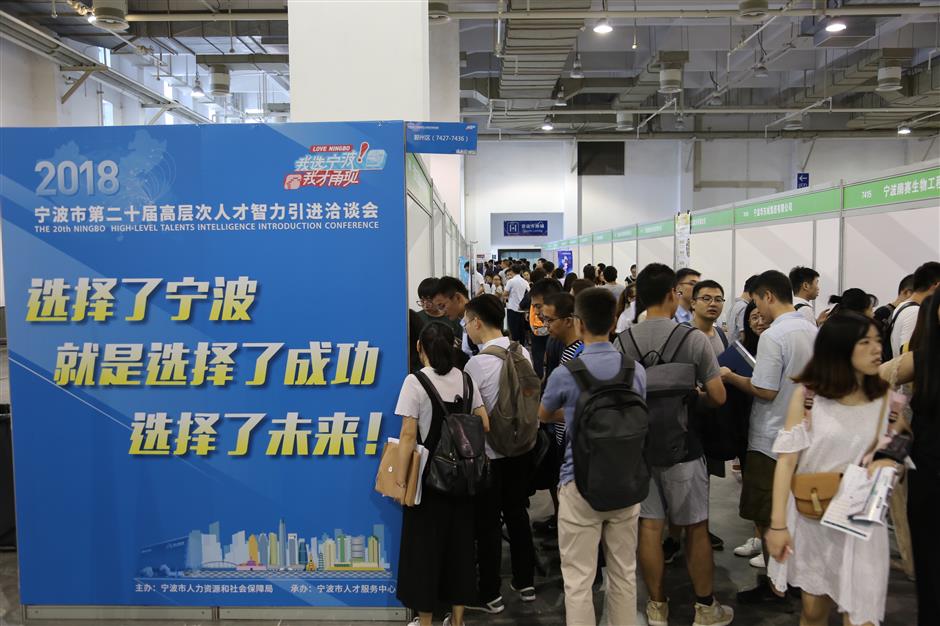 Bustling crowd at the 20th edition of Ningbo High-level Talents Intelligence Introduction Conference, which is part of the Ningbo Talents, Science and Technology Week held from September 20 to 27.

In 2005, Yao Lijun, the founder of Konfoong, brought back a team of Chinese, Japanese and American experts to China and started to develop their own products.

Now they are the fourth largest producer of sputtering targets in the world, and the largest in China.

The company has benefited from the “3315 plan.” It also enjoys other beneficial policies in introducing overseas talent.

Zhao Zeliang came to work for the company last year after working for Heraeus, a Fortune 500 company in Singapore for over 10 years. He now leads an independent business unit in Konfoong.

“I brought with me a new technology for producing targets used in magnetic storage, which made us the first and the only producer of this such kind in China,” Zhao told Shanghai Daily.

He lives in an apartment offered free by the government. Konfoong has a dozen such overseas doctoral talent like Zhao. And Konfoong’s success has attracted other companies in related industries such as semiconductor materials/devices and chip manufacturing to set up in Ningbo.

At the opening ceremony of the talent week on September 20, the government announced yet another series of measures to fund and facilitate the settlement and relocation of top professionals around the world, including industry leaders, innovative researchers, overseas engineers and skilled technicians.

Duan Nian and his blockchain-based Internet of Things framework project is one of them. They received funding and other tax benefits from the local government.

“We are planning to move our company from Beijing to here,” told Duan. “Ningbo is very competitive in industries such as trade and electronics manufacturing, which provides broad opportunities for our blockchain technologies.”

Teams and individuals receiving certificates of the "3315 plan" at the opening ceremony of the talent week in Ningbo.