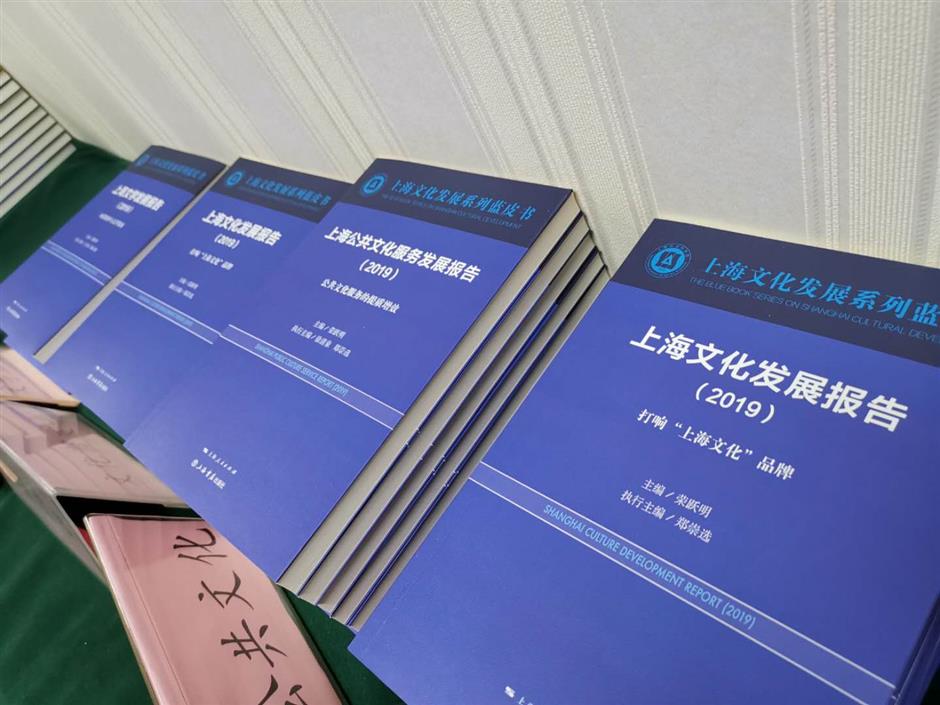 The blue book series on Shanghai's cultural development was launched on Thursday.

Cultural studies should be part of the efforts to implement the national strategy of coordinated growth in the Yangtze River Delta region, experts from the Shanghai Academy of Social Science said on Thursday.

“When Shanghai has been trying to build up a culture brand for the city, it should be in coordination with neighboring provinces of Zhejiang, Jiangsu and Anhui,” said Zheng Chongxuan, director of the academy's Institute of Literature.

“Cultural studies can enable cities to find similarities and differentiations, which help a lot to implement the national strategy of coordinated growth in the Yangtze River Delta Region,” Zheng said.

Currently, some alliances have been formed to encourage cultural studies in the region, such as in public cultural services, arts, comics and literature.

Cultural studies are also important for further acceleration of the Belt and Road initiative, said Rao Xianlai, another researcher at the institute.

Both were speaking at the launch of the blue book series covering the development of Shanghai’s culture, literature, culture communications, film industry, public culture services and intangible culture.