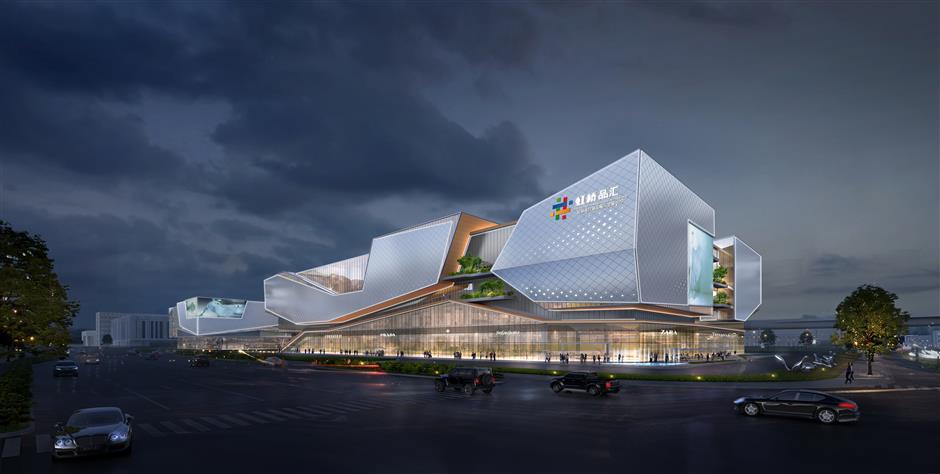 How the center will look once it is completed.

A new batch of companies has joined the Hongqiao Import Commodity Exhibition and Trading Center to promote their products to domestic consumers.

"It can be a great opportunity for us to enter the Hongqiao Import Commodity Exhibition and Trading Center, as it combines exhibition with sales, wholesale with retail, store with warehouse, and online with offline," iHerb said.

Mao Jingting, manager of Karimoku's sales and services department, said that "as the Center located near the Hongqiao airport and also the railway station, we expect to see customers from not only Shanghai but also nearby cities in the Yangtze River Delta."

Fu said it aims to become a global hub for commodities, bringing together the world's best products, and provide a window for the exchange and cooperation of products and brands with a reputation for high quality.

To date, companies from 26 countries have moved in, bringing in over 400 brands. Another 60 companies or so have shown an intention to enter the center which would introduce more than 200 brands, according to Zhu Jidong, vice president of Orient International Holding Co and director of Shanghai Hongqiao International Import Exhibition and Trading Co.

The construction of a bonded logistics warehouse is expected to be finished at the end of August, and the establishment of the new commercial center start within the year.

Also on Wednesday, the center officially launched its logo which is formed by four "i"s, standing for international, import, innovative and infinity. 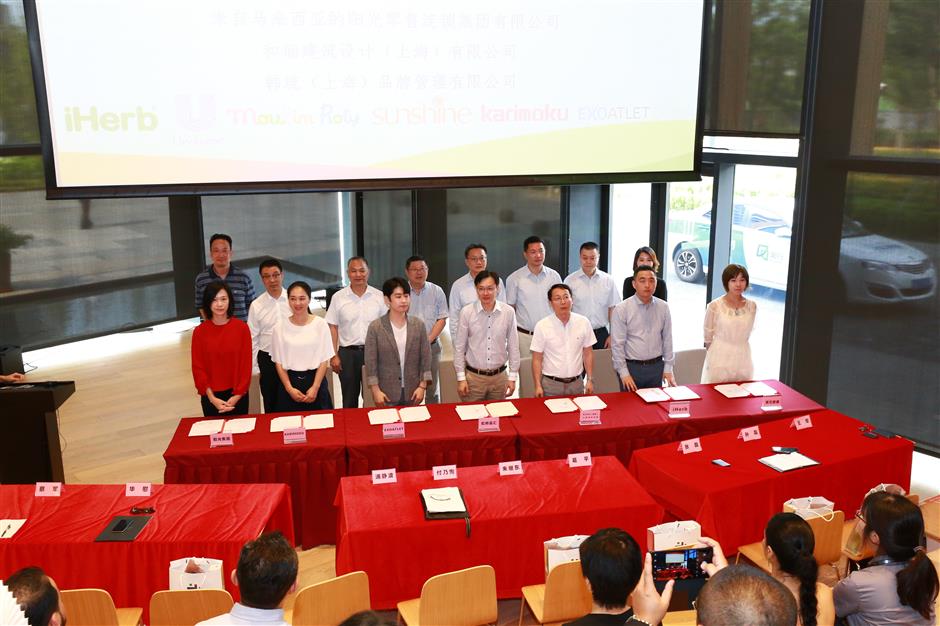 A new batch of companies has joined the Hongqiao Import Commodity Exhibition and Trading Center to promote their products to domestic consumers.