Metro fun for the future

Traveling on the Metro can seem boring with only a small screen playing programs to enjoy.

However, such dull trips may soon end with the emergence of China Railroad Rolling Stock Corp's Cetrovo carriage where the windows can become large tablets for passengers to use.

A model of the train is on show at the Innovative Sci-Tech Pavilion of the 2019 China International Industry Fair, which began on Tuesday, while the real one is under trial in Guangzhou, Guangdong Province.

Cetrovo is a combination of high-end manufacturing and green energy. Using carbon fiber body and frame, the train is 13 percent or more lighter than a normal one. And technologies such as a silicon carbide inverter and permanent magnet motor save at least 15 percent in energy.

It can also operate in extreme conditions, such as high heat and humidity, temperatures of minus 40 degrees Celsius and altitudes of 2,500 meters.

It also features driverless technology and intelligent air-conditioning and lighting.

The windows can be large tablets for passengers to tap on apps, watch videos or read the news.

"There is a thin film between the layers of the window," said Tai Yongfeng, an engineer with CRRC. "When the system is off, it's no different than an ordinary window. But when you turn it on, it's a big 'iPad' where you can surf online and download apps, just like a smartphone screen."

For new energy vehicles, 3M has brought its newly developed heat dissipation material for car batteries. The thermal pads with thermal glue can quickly dissipate the heat produced by the batteries and cool them down, said Jeffrey Tung, general manager of 3M China's R&D center.

TMiRob, a Shanghai-based robot maker, is showcasing its 5G smart ward management system, which has been applied in hospitals in Guangzhou, and three medical robots for hospital reception, medicine or medical device delivery and ward disinfection.

The reception robot can record patients' faces and register them. When patients return it can recognize them and fetch their medical records. If patients get lost, it can show them the way on a screen or allow them to scan a QR code to guide them.

A delivery robot can help medical staff to send medicine to patients' bedsides where they can just scan a card to access the drugs.

The disinfection robot can go to designated places to disinfect surfaces and clean the air.

TMiRob's products are in use in more than 100 hospitals across the country, including the city's Renji Hospital, Ruijin Hospital and Shanghai No. 10 People's Hospital.

Another local company, SoundBite, allows patients with hearing impairment to "hear" with their teeth.

There are two major ways for humans to sense sounds — through the air and through the skull. The maxillary teeth are closely connected to the skull so sound vibrations can be transferred from teeth to skull without loss.

SoundBite's hearing-aid can be worn on the teeth with the other end on an ear.

The Shanghai Research Institute of Materials is displaying a model of its over 1,000-ton "Shanghai Eye" — a system installed on the 126th floor of Shanghai Tower to protect the high-rise from strong winds.

Consisting of a pendulum, damping elements and a moving mass, it can increase the damping of structures and thus reduce resonance vibrations. Electromagnetic damping in the damper raises its sensitivity and durability.

The industry fair at the National Exhibition and Convention Center ends on Saturday. 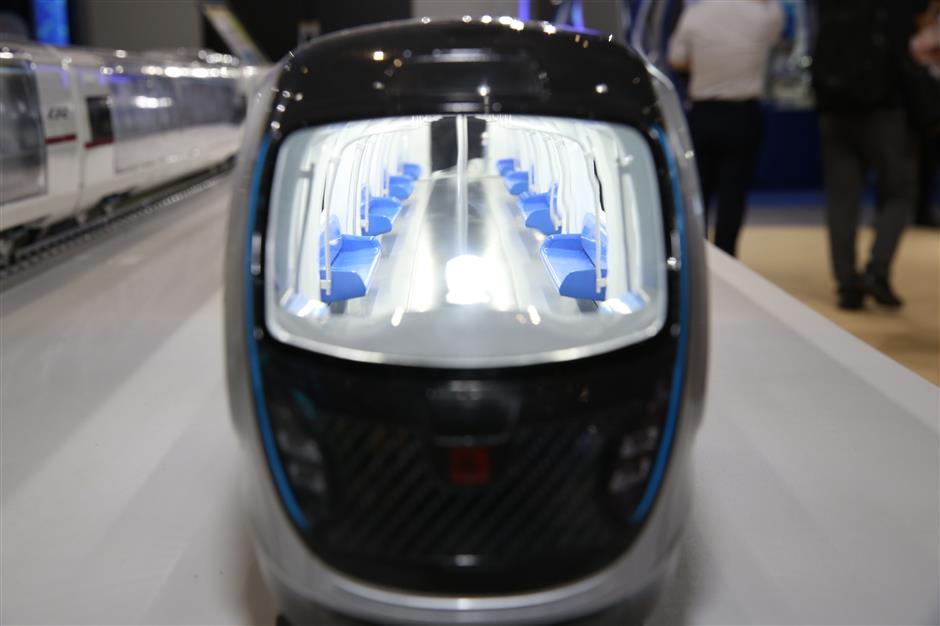 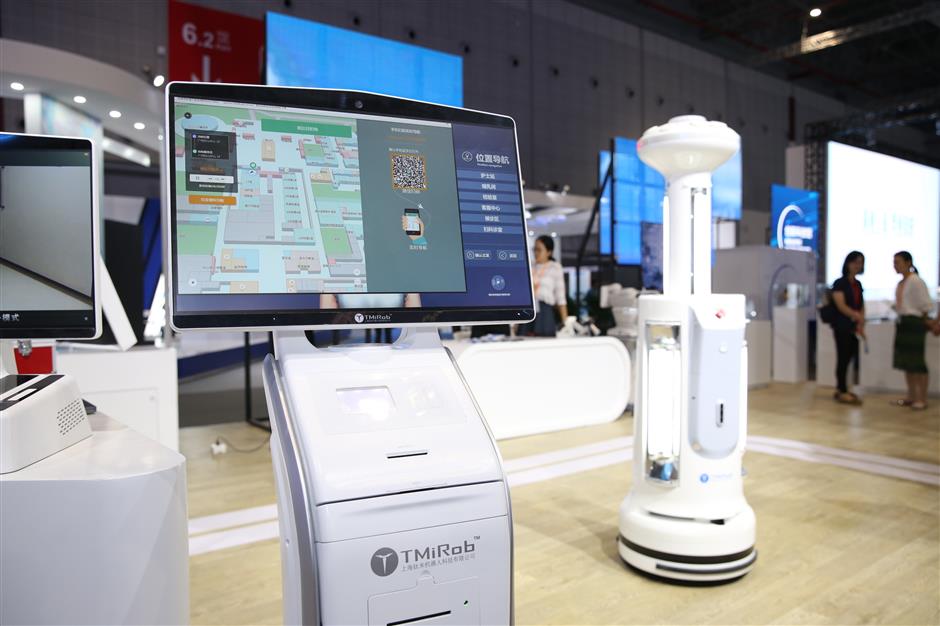 TMiRob's hospital reception robot can guide patients who get lost. 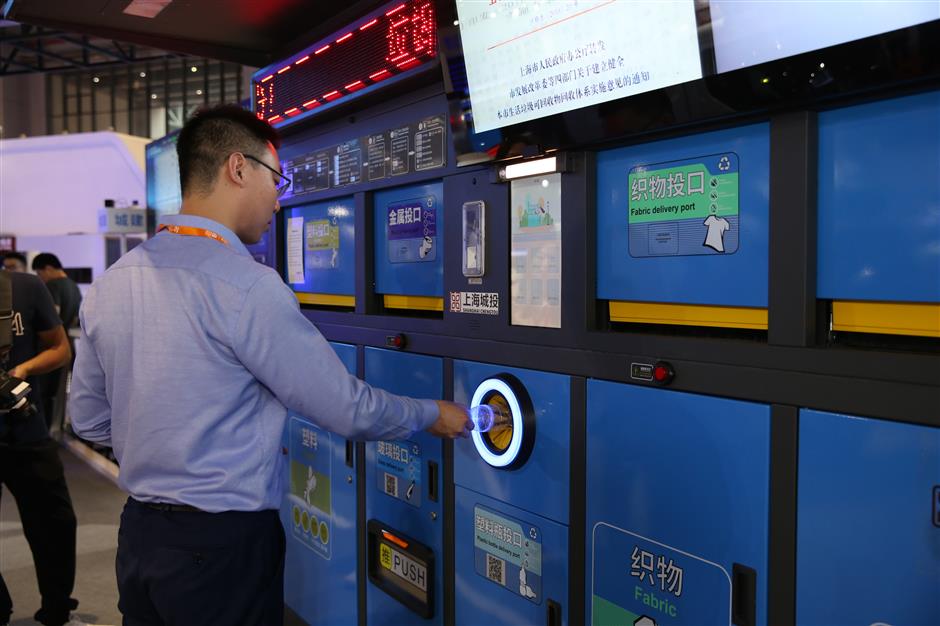