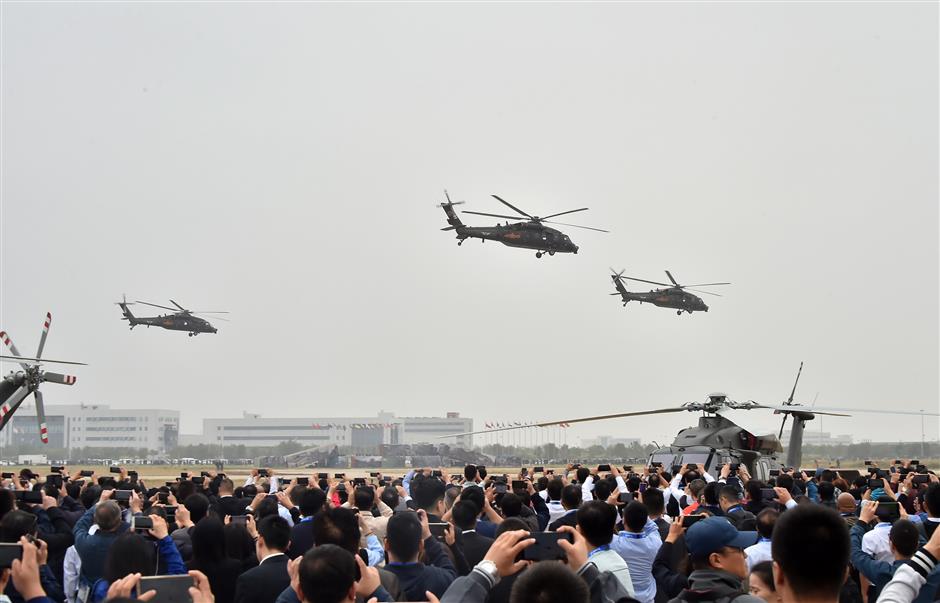 A flight show for the opening ceremony of the 5th China Helicopter Exposition at China Tianjin Port Free Trade Zone on Thursday.

The four-day expo, with a total exhibition area of about 160,000 square meters, has attracted more than 400 global helicopter-related companies and features multiple activities such as exhibitions, high-level forums and air shows.

A total of 27 helicopters will perform in air shows during the expo.

Visitors can also experience flying a helicopter via virtual reality technology in the expo's interactive zone.

The event is jointly held by the Tianjin government, the Aviation Industry Corporation of China and the Chinese People's Liberation Army Ground Force. A visitor looks at a drone during the 5th China Helicopter Exposition on Thursday.