Business leaders 'exercise up' before meeting 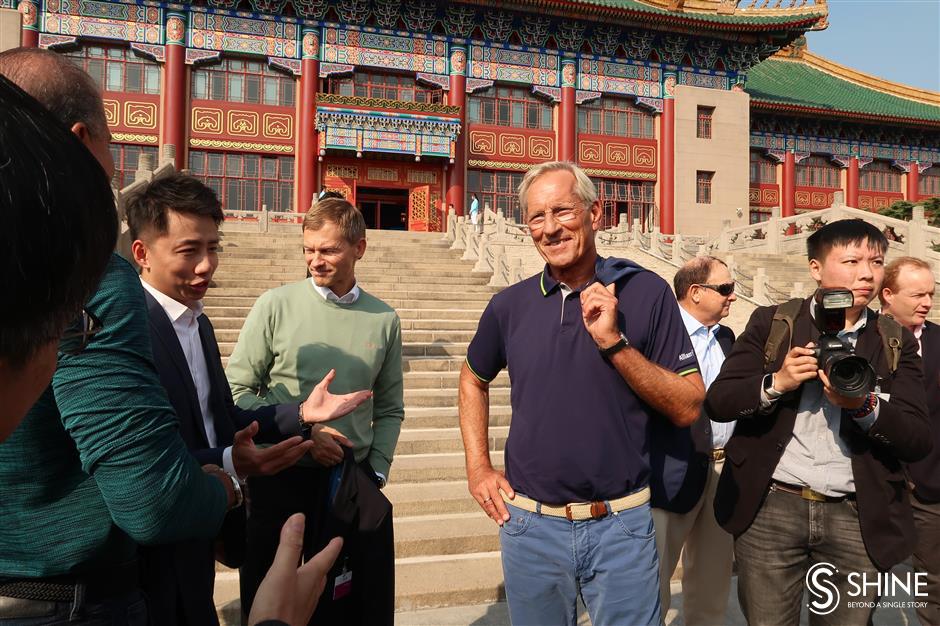 Michael Diekmann (center), chairman of the supervisory board of Allianz, has a light moment during the outing to Shanghai University of Sport. He will chair the mayor’s advisory council this year.

Ahead of the International Business Leaders’ Advisory Council (IBLAC) meeting to be held tomorrow, some members “exercised up" with a taste of local sports on Saturday afternoon, including playing table tennis against robots.

About 30 members of the IBLAC, all chiefs of multinational companies, came to Shanghai University of Sport. After a show by students performing dancing, martial arts and fancy rope skipping, the executives rolled up their sleeves to play ping pong.

Some of the players were robots, and there were also some young athletes.

Severin Schwan, CEO of Roche Group, said it was interesting to play with  robots, but after playing with a local teenager, Schwan said “it still takes a long time for robots to learn the skills of real ping pong.”

Every year, IBLAC members are invited to participate to get involved in local culture.

Tomorrow morning, they will have their annual meeting with the Shanghai mayor under the theme “Enhancing the Capacity and Core Competitiveness of Shanghai.”

The IBLAC was initiated in 1989 for Shanghai to seek counsel from the biggest and most important companies in the world for Shanghai's development.