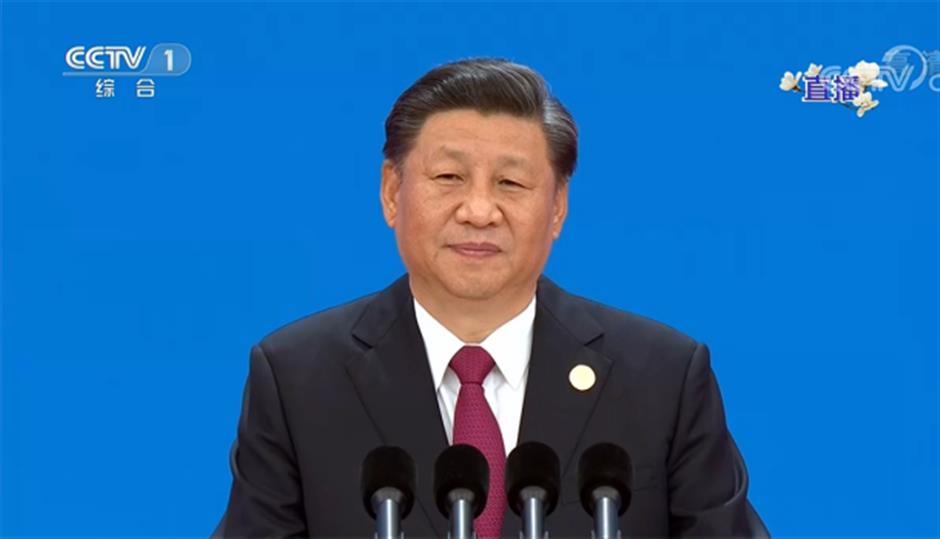 Xi extended warm welcome to all guests. In a keynote speech delivered at the opening ceremony, Xi said he believes that all friends could come with pleasure and return with satisfaction.

China has made major progress in expanding import to promote consumption and cutting tariffs as part of the country's efforts to further open up its market, Xi said.

All of the five measures to expand opening-up announced at the previous CIIE have been generally implemented, Xi said.

Countries should uphold the concept of putting humanity first and should not let their own interest override that of mankind, Xi said.

Xi urged resolute opposition to protectionism and unilateralism in a bid to jointly build a world economy of openness and cooperation.

Xi called on countries to oppose knowledge blockade to avoid creating or even widening technological divide.

Xi called for efforts to uphold the core values and basic principles of the multilateral trading regime, and promote trade and investment liberalization and facilitation.

China will pay more attention to the role of import and continue to open up its market, Xi said.

Steps will be taken to further cut tariffs and institutional costs, nurture a batch of innovative demonstration zones for import facilitation, and expand import of high-quality products and services from other countries, Xi said.

China will continue to improve the business environment to make it more market-oriented, law-based and internationalized, Xi said.

Xi pledged that China will adopt five measures to promote higher-level opening up:

A total of 155 countries and regions as well as 26 international organizations are attending the second China International Import Expo, which is held in Shanghai from November 5 to 10.