Reform in the book of Fudan economist 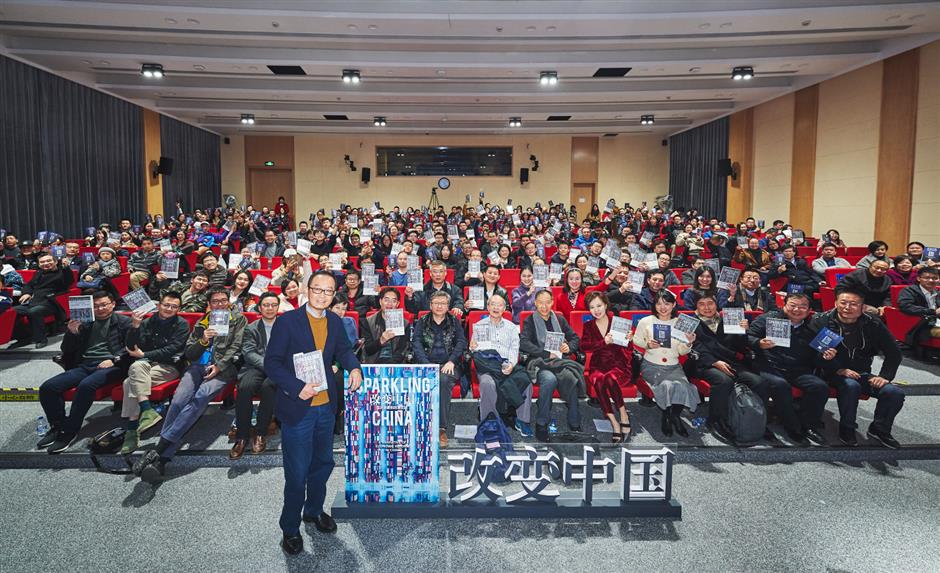 Zhang Jun, dean of Fudan University’s School of Economics, poses with guests at the launch ceremony of his book "Sparkling China: A Narrative of Economic Reform in China."

Renowned economist Zhang Jun, dean of Fudan University’s School of Economics, has published a new book which records China’s economic reforms over the past four decades.

"Sparkling China: A Narrative of Economic Reform in China" is an update of the previous edition, published 11 years ago to commemorate the 30th anniversary of China's reform and opening-up. The new edition has two more chapters to cover bottom-up agricultural reform and the opening-up of Shanghai’s Pudong New Area in 1990.

“After 10 years, I have a deeper understanding of what happened in China... The book is about the wisdom of top Chinese leaders who guided the reforms, about the interactions of people from different walks of life, and about the social experiment to find the best growth model for China,” Zhang said during a summit for the launch of the new book.

The book is based on years of study by Zhang and is also a collection of stories about China’s economic reform. Some stories are little known to the general public but nevertheless important, such as the Moganshan meeting held in 1984, during which a group of young Chinese economists had a heated debate over how to carry out China’s pricing reforms.

“It is a memoir but China’s past experience is intriguing and valuable for the current economic reforms, which have entered another important phase,” Zhang said.