Shanghai signs up for IoT project 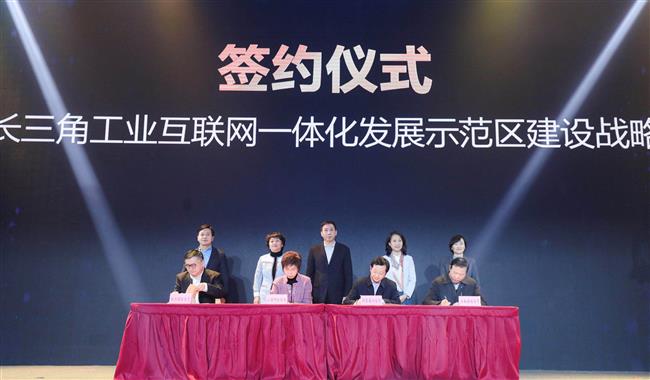 Officials sign an agreement between Shanghai and the provinces of Jiangsu, Zhejiang and Anhui to construct an industrial Internet of Things demonstration area.

Shanghai is stepping up efforts to develop an industrial Internet of Things demonstration area in the Yangtze River Delta.

It has signed an agreement to cooperate with Jiangsu, Zhejiang and Anhui provinces on the project.

The city's economy and informatization commission said the demonstration area will be a pilot zone for technological innovation which will contribute to the transformation and upgrading of the manufacturing industry and help construct a world-class cluster for manufacturing around the delta.

By 2022, the plan is to have gathered replicable and popularizable experience, led the innovative development of industrial IoT nationwide, broken through a number of core technologies and launched a universal industrial app to help enterprises improve automation and efficiency.

Chen Mingbo, deputy secretary-general of the Shanghai government, said construction of the industrial IoT area is a starting point for the city to promote digital transformation of enterprises and industrial upgrading.

Shanghai has also released a "Special Plan for Development of Industrial IoT in the Lingang Special Area of China (Shanghai) Pilot Free Trade Zone,” which aims to turn the Lingang area into a national demonstration zone.

An agreement to build talent training bases for industrial IoT around the delta was signed by 15 universities and enterprises, including Shanghai Jiao Tong University, Tongji University and Shanghai Electric Group.