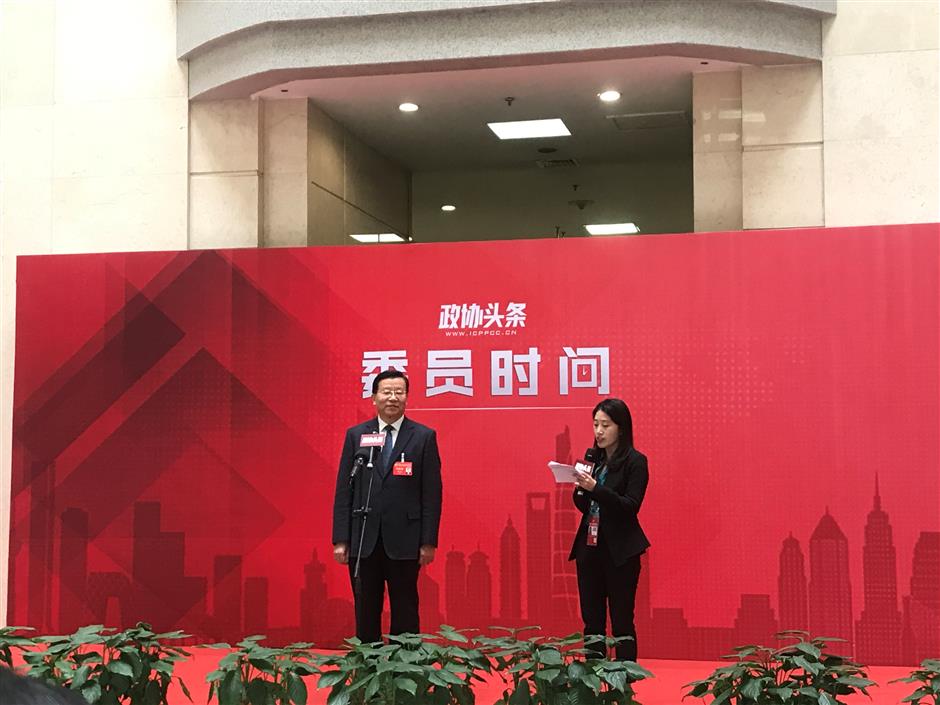 The topics included those on the Lingang Special Area, constructing Shanghai as a hub of openness, the business climate and blockchain technology.

Lingang is located in the city’s southeast, situated between the Pudong International Airport in the north and Yangshan International Port in the south. It enjoys all the advantages of a convenient, integrated transport system.

Based on those advantages, shipping services, financial services and trade services as well as exhibition and convention services should be given priority, Chen said. Chen also noted that advanced manufacturing, especially smart manufacturing, integrated circuits, artificial intelligence, biomedicine as well as aeronautics and space industry should be emphasized in the special area.

Mai Dequan, a member of the CPPCC standing committee from Hong Kong, said openness is significant in improving Shanghai's financial environment. Constructing Shanghai as a hub of openness was a mission emphasized by President Xi Jinping, Mai said.

A beneficiary of the city’s innovative financial policies, JP Morgan set its headquarters of securities and assets management business in Shanghai last year. Mai said that meticulous management of the city is also important in attracting more talent and business to Shanghai.

Zhao Boji, a member of the CPPCC Shanghai Committee and president of PricewaterhouseCoopers Asia, highlighted the value of blockchain technology. Its application in food security and cross-border payment is a good model, he said.

All units should corporate instead of working independently, he said. The government should issue regulations and standards, promoting the sharing of blockchain resources and the construction of block chain platform security.

The financial field should make full use of blockchain technology to reduce time and costs, contributing to the construction of Shanghai as a financial center, he added.