Fine wines and hipster gin. Hunting rifles and knives. Contemporary paintings and million-dollar sports cars. They’re all marketed at trade shows across the globe that are quickly going dark due to the coronavirus epidemic — and taking with them sales opportunities that may be difficult to recover.

Some companies are taking their shows online with virtual events they stream from their headquarters.

But marketing experts and executives warn there is no substitute for face-to-face contact with potential clients, as exhibition companies try to calculate losses to an industry that  pumps billions of dollars into airlines, hotels and restaurants.

BMW presented its sleek i4 electric concept car at a digital news conference broadcast from Munich.

The Geneva show was canceled after local authorities barred gatherings of more than 1,000 people to halt the spread of the virus, which has sickened more than 90,000 people globally and killed more than 3,000.

The London Book Fair, which usually draws more than 25,000 writers, agents and publishers to one of the international publishing industry’s biggest gatherings, was also canceled.

Yesterday, organizers announced Asia’s biggest casino industry trade show, Global Gaming Expo Asia, originally scheduled to take place this May in Macau, has been postponed until the end of July.

Trade shows are a huge business. Exhibitors pay in advance to book space and lose their money on last-minute cancelations caused by health concerns. The Geneva auto show was expected to generate US$250 million for the city.

“This is a dramatic loss for everyone,” said Oliver Rihs, managing director of the Geneva trade show, which plans to resume next year.

Art Basel, a contemporary art fair, moved up the debut of a new digital initiative after its Hong Kong fair was canceled. Free online viewing rooms will be live for galleries scheduled to participate in the Hong Kong fair. In the viewing rooms, collectors can browse through thousands of works and contact galleries directly.

But online events are a poor option for some business sectors, such as the luxury watch industry, reeling from the cancelation of two major industry events, Baselworld and Watches & Wonders Geneva.

“The watch industry is a touch-and-feel industry,” said Roberta Naas, who has written several books on watches. “The only way to get a feel for these incredible luxury products is to hold them in your hands and look at them and engage in the emotion of what goes into the making of these masterpieces.” 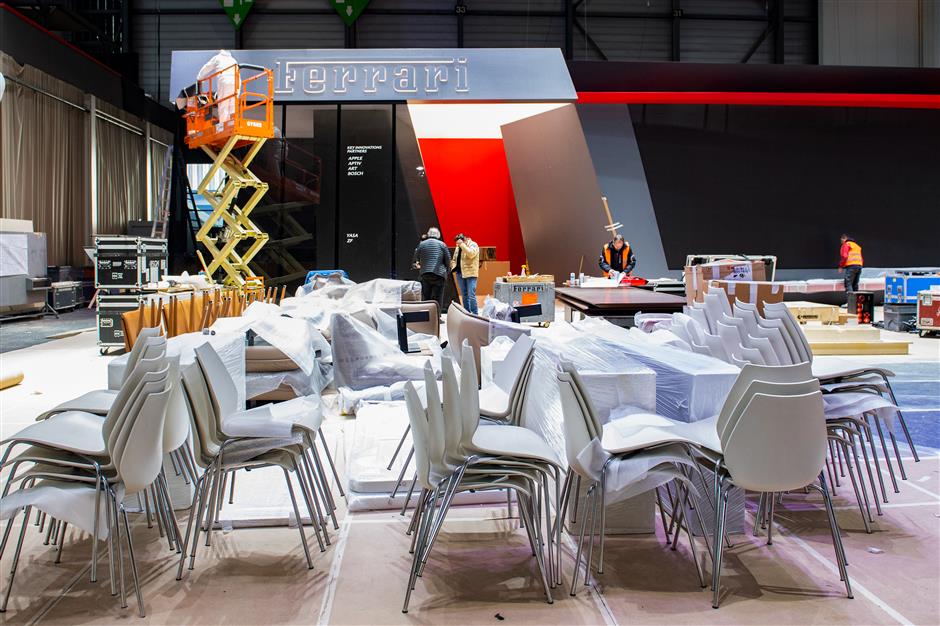