Multinationals set out their Pudong future 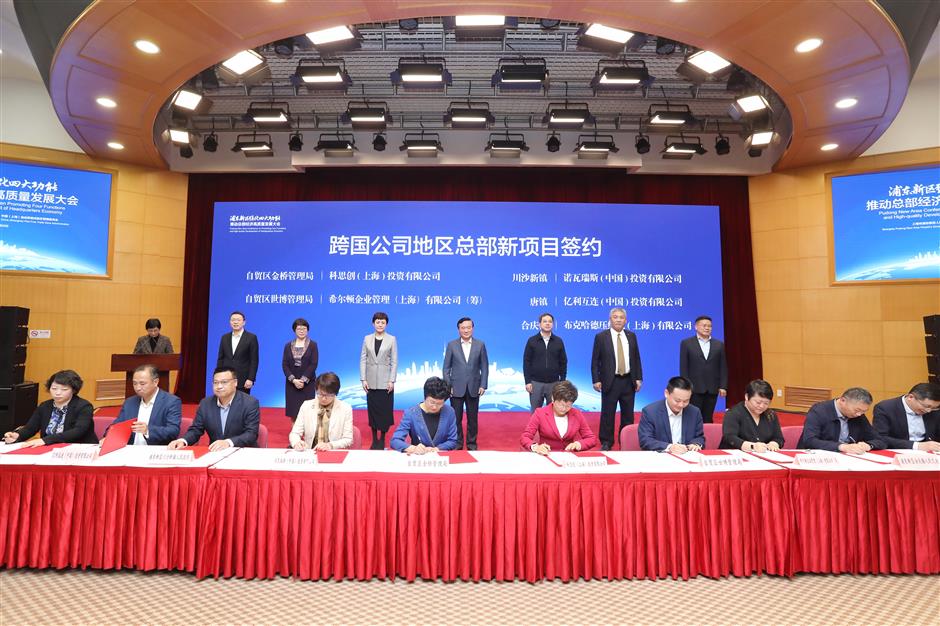 Eight multinationals have based their regional headquarters in Pudong this year, bringing the total to 340, nearly half of those in the city.

They include a “green channel” for talented staff to gain permanent residence and encouraging multinationals to tap into new business models such as digital trade and cross-border e-commerce.

Together with the Shanghai branch of the People’ s Bank of China and Shanghai Customs, the Pudong government has simplified investment, trade and customs clearance procedures.

Benefiting from the reform of the free trade pilot zone, Volvo Construction Equipment China, a pioneer in China’s offshore trading business, has signed a Memorandum of Strategic Cooperation with the Pudong government.

Tomas Kuta, Volvo’s vice CEO, said: “As the COVID-19 dealt a hard blow to the world economy, many manufacturing companies are pondering about where to increase investment. Volvo is certain that we will keep investing in China, especially Shanghai, Pudong.”

This year is the 30th anniversary of the development and opening of Pudong and a key year for it to achieve its GDP target of 2 trillion yuan.