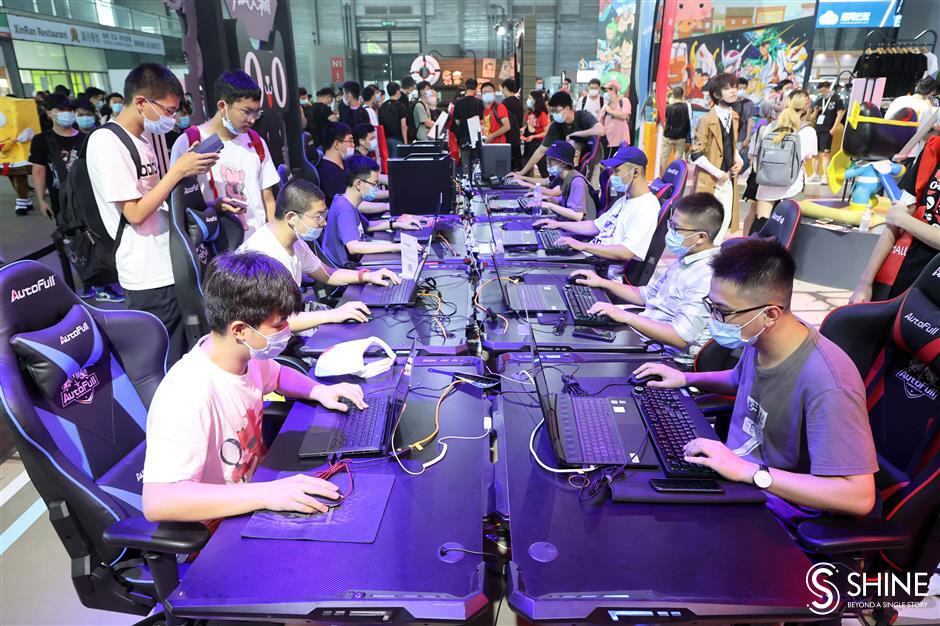 ChinaJoy, or the China Digital Entertainment Expo and Conference, Asia’s biggest gaming fair, is being held in Shanghai until Monday.

About 400 exhibitors, including top game firms such as Tencent, NetEase and Perfect World, are attending the conference to discuss the latest developments in the industry.

“The epidemic has pressed the accelerator for the digitalization of the whole society. The digital transformation of the gaming industry is a trend,” Xiao Hong, CEO of the Perfect World, said during a conference event.

In the first half, China’s cloud game revenue hit 403 million yuan (US$57.6 million), up 79.5 percent year on year and more than tripling the growth of the whole gaming market, according to the China Game Industry Report released during ChinaJoy.

Shunwang adopted the product with its own fog computing technology, an architecture using edge devices to carry out computation and storage. Through teaming up with cloud partners including Huawei Cloud and Tencent Cloud, Shunwang can provide cloud game services nationwide with low latency and qualified game experience.

“Cloud gaming is the trend in the gaming industry, just like NetFlix and iQiyi in the video-streaming category,” said Xu Jun, vice president of Shunwang.

E-commerce giant Tmall and short-video streaming firm Kuaishou are taking large-scale booths with game derivatives and livestreaming services during ChinaJoy, representing the integration between game and other businesses.

A dozen of smartphone brands, including Oppo, Vivo, OnePlus, Lenovo, also participated, taking a whole E4 hall during the ChinaJoy to offer mobile game and eSports experience and products.

Oppo displayed game optimization products like super-fast chargers up to 125W models, which can charge 25 percent battery capacity within five minutes and without overheating. It also launched a voice adaption tool during ChinaJoy for players to improve game experience. 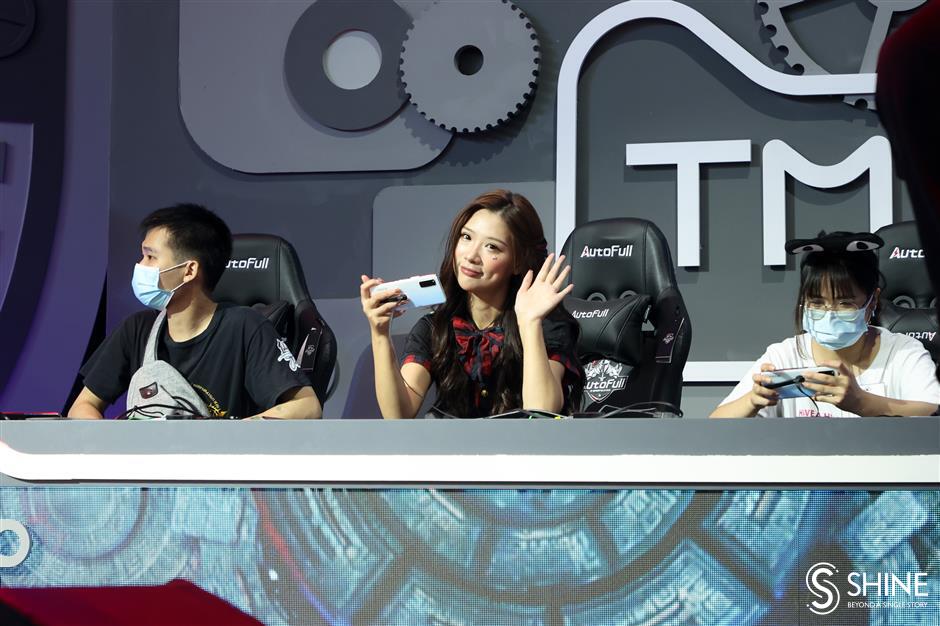 During ChinaJoy, various measures are taken to protect visitors during the epidemic.

In each exhibition hall, masks and sterilization products are provided. Visitors are not crowded as previous ChinaJoy events, with space for social distances.

The exhibitor number is less than previous years’ level as many overseas exhibitors can’t go to China because of the COVID-19 outbreak, organizers said.

This brought challenges to ChinaJoy but the results, in exhibitor number and exhibition space, are “much better than expected,” said Shunwang, which is also the organizer and owner of ChinaJoy. 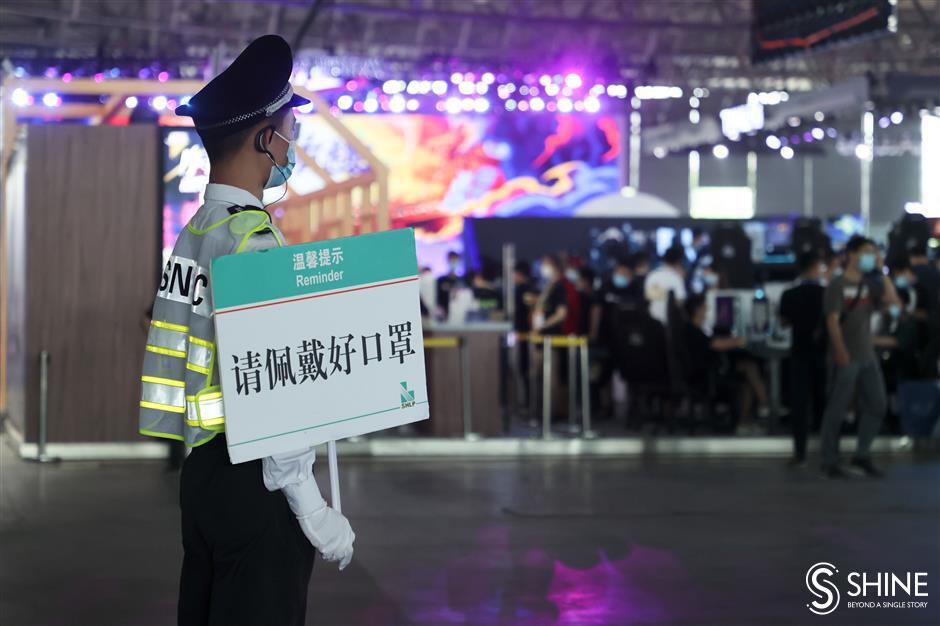 A security guard holds a sign that reads “Please wear a mask.”