The 2020 League of Legends World Championship or S10, the world’s biggest eSports event this year, opened in Shanghai on Friday.

A total of 22 teams, including four from China, are taking part. After the Play-In, Group and Knockout stages, the final competition will be held on October 31 at the Pudong Football Stadium, according to organizers Tencent and Riot Games.

Because of the pandemic, all events will only be broadcast online, except the final competition.

The event, as well as next year's finals also to be held in Shanghai, is regarded as a key step for Shanghai in establishing itself as an “international eSports capital."

Chinese teams won the previous two League of Legends World Championship finals which were held in South Korea and France. As a result Chinese fans have great expectations of this year's event.

In the first half of theyear, China’s eSports market revenue hit 71.9 billion yuan (US$10.6 biilion), a 54.7 percent growth year on year. The eSports user base reached 484 million by June, according to industry figures.

Shanghai has taken measures to support the eSports industry such as increasing the number of venues, holding top events, and setting up eSports majors in colleges. Some of the city’s major competition organizers and eSports enterprises have received government subsidies. The application and approval procedures for eSports-related publications are also being accelerated.

“Shanghai is becoming the global eSports capital. We can’t think of a better place than Shanghai to celebrate the 10th year of League of Legends eSports,” Riot Games CEO Nicolo Lauren said in a statement. 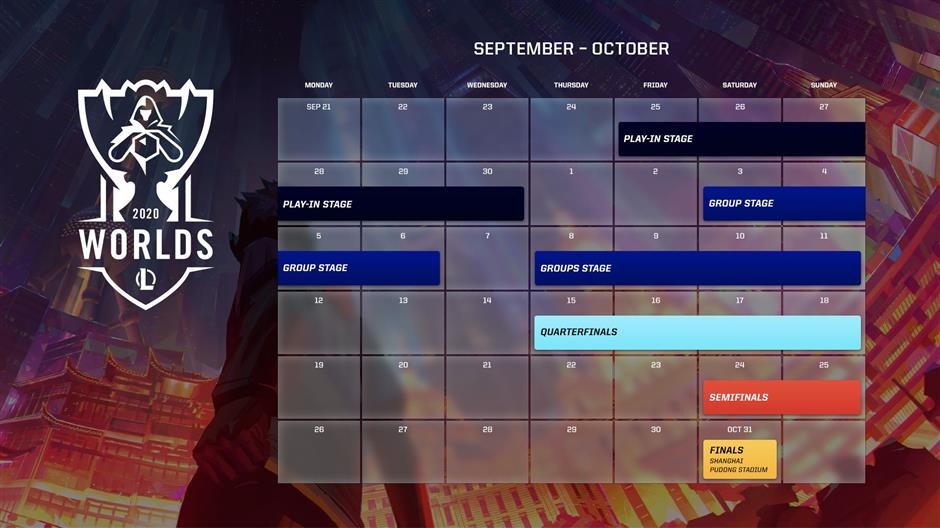 The official schedule of the S10 event.