The third China International Import Expo concluded on Tuesday with a total of US$72.62 billion intended deals signed, an increase of 2.1 percent compared with the second expo.

Sun Chenghai, deputy director of the China International Import Expo Bureau, said: "The third CIIE is a grand gathering for international economic and trade held by China combining online and offline, with the largest scale and the biggest number of countries participating under the normal conditions of pandemic prevention and control, showing China's major achievements in the prevention and control of the pandemic as well as in its economic and social development.

"Through enabling exhibits to become traded goods and exhibitors to spot more investment opportunities, the spillover effect of the expo continues to be enlarged, conveying a firm determination by China to further expand opening up and sharing the big market.”

Over 400 new products, technologies or services made their debut at the expo. Nearly 80 percent of the Fortune Global 500 enterprises and leading companies had participated in previous expos. 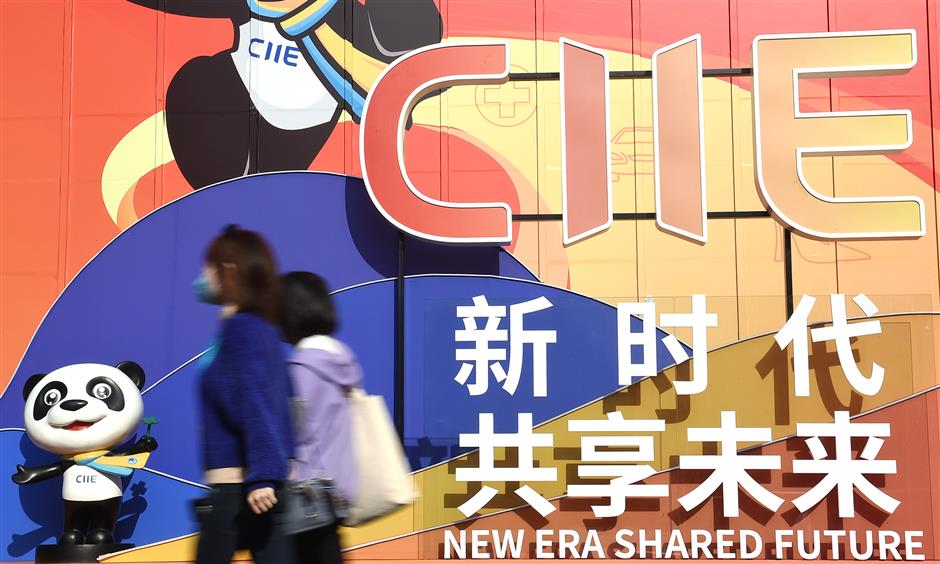 "Being able to hold it this year, in spite of the global uncertainties with the COVID-19 crisis and increasing geopolitical tensions, it is a very positive sign of China’s commitment to globalization, -and to a rules-based global trade system," Depoux said.

Tech giant Honeywell, one of the companies already registered for the next year’s event, said the CIIE reinforced its confidence in the Chinese market.

"We have been here since the first CIIE, and the quality of the event has improved one year after another," said Zhang Yufeng, president of Honeywell China.

"This year's CIIE is especially encouraging because of the backdrop of COVID-19. We really look forward to next year's event," Zhang said.

Pharmaceutical company Boehringer Ingelheim, meanwhile, also revealed its plan to attend the fourth session of the expo, as they "have made remarkable achievements in the CIIE and felt the huge business opportunities and great influence of the expo," which convinces it to speed up business development in China.

The company will further add investment of 451 million euros (US$532 million) in China over the next five years, saying "China has become and will continue to be one of its most important strategic market."

Jean-Philippe Poulin, president of China at Lesaffre, said, "The ability to keep the road on openness despite the pandemic situation is a evidence of the determination of China. At the moment of tenseness of the world, the new free trade areas are a demonstration of openness."

"I appreciate the expectation of improvement on business environment, like that the national 'negative list' of access for foreign investment was reduced, the number of pilot free trade zones increased from 18 to 21, high-standard free trade agreements were negotiated and signed, and intellectual property rights were protected. We expect to see concrete evidence of the aim in the next future," Poulin said.

As the only large-scale exhibition focusing on imports, the CIIE "serves as a platform which brings together all our partners in the value chain, including suppliers, business and individual consumers, as well as government partners," according to Christian Wiegele, division president of Dole Asia Fresh.

So far, dozens of foreign companies, including Hyundai Motor Group, Shiseido, Michelin, Dole and Xylem Analytics, have already signed up with the CIIE Bureau to take part in the next three sessions of the expo.

Masahiko Uotani, president and group CEO of Japanese beauty company Shiseido, which is an old friend of the CIIE and has decided to attend the expo in the next three years, believes China's new development pattern "is undoubtedly a good thing," which can push for greater global development through information exchanges and mutual learning between China's domestic market and overseas markets.

American water technology provider Xylem, meanwhile, also revealed its plan to further invest in China and has inked agreements to participate in the expo for the next three sessions.

It has signed to build partnership with companies such as the China Construction Third Engineering Bureau Co and the Zhejiang trade group during this expo, which boosted the company's confidence in the Chinese market and the CIIE platform, according to Damian Roach, director of emerging markets at Xylem Analytics. 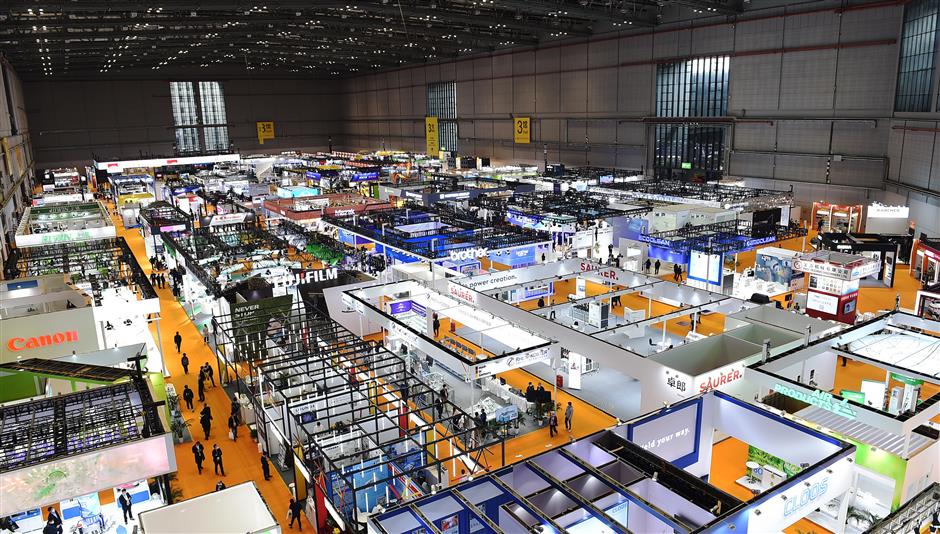 This year's CIIE has seen the food and agricultural products exhibition area have the largest number of exhibitors, with 1,264 companies from 93 countries.

The world’s top seven automotive groups were present in the automobile zone, while Fortune Global 500 enterprises and industry leaders covered more than 90 percent of the section’s exhibition area.

The consumer goods section covered an overall area of more than 90,000 square meters, the largest exhibition area at the third expo.

The trade in services pavilion brought together the top global enterprises in finance, logistics, consulting, inspection and testing, and culture and tourism, promoting intelligent services to empower the whole industry chain.

In the medical equipment and health-care zone, 120 new products and technologies were launched for the first time globally or nationally, and the top 10 pharmaceutical firms and top 14 medical equipment enterprises in the world were all represented.

A special zone for pandemic prevention displayed international products, technologies and services, with so many enterprises signing up it had to be expanded several times.

International organizations such as the United Nations Industrial Development Organization and the World Intellectual Property Organization, national ministries and commissions including the Ministry of Industry and Information Technology and the Ministry of Finance, and local governments held a total of 101 activities of various types such as policy interpretation, matchmaking signing, and investment promotion.

Matchmaking fairs for trade and investment were held online and offline during the period, offering services to 674 exhibitors and 1,351 buyers and realizing 861 letters of cooperation intent.

Meanwhile, 56 platforms were set up offering "6 + 365 days" exhibition and trading services to support the CIIE, establishing a nationwide distribution network of commodities.

For example, Greenland Holdings, as a buyer, reached purchase intents with 68 enterprises from 34 countries, while as an exhibitor it organized 155 overseas brands from 32 countries and regions to participate in the CIIE, introducing more than 2,800 exhibits, according to Shang Yuying, director of the office of urban services and security for expo and deputy secretary-general of the Shanghai government.

Looking ahead, preparations for the fourth CIIE to be held from November 5 to 10 next year is already underway, as the bureau started accepting registrations for the Business Exhibition of the fourth expo on September 28 and just released the floor plan last Thursday.