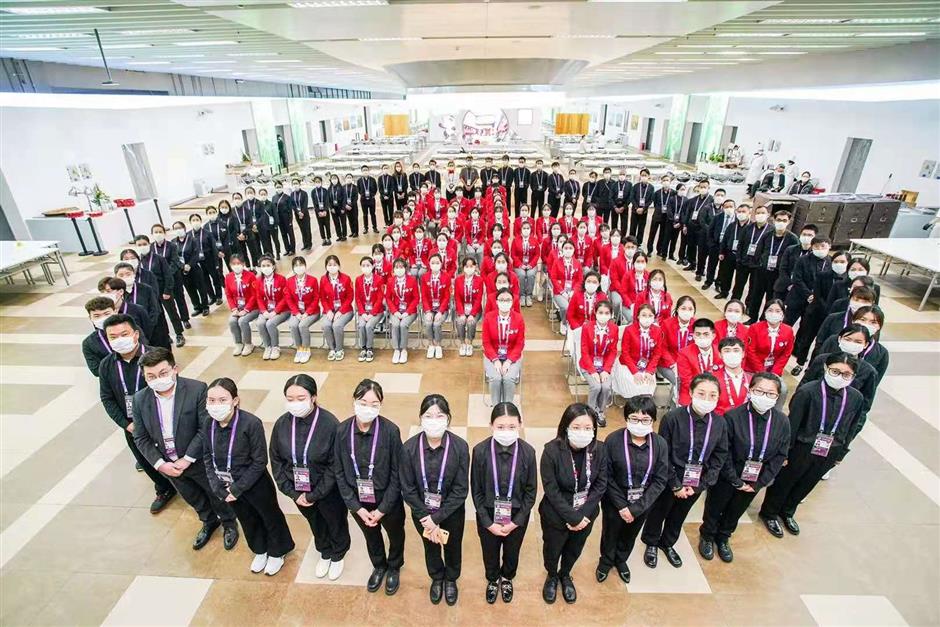 It ensured both food safety, and the health of personnel for the third consecutive year despite the pandemic and a downsized team.

Numerous discussions had been conducted since as early as June on how to complete the annual mission.

The kitchen team, which was responsible for preparing lunches and dinners for journalists at the media center, as well as packed meals for media center staff, every day from November 4 to November 10, was undoubtedly the most important team in Sofitel's entire expo catering mission.

Both physically and mentally demanding, the kitchen team's main tasks included working out different menus on a daily basis, and making two meals every day, with preparation work starting at 6am at the venue.

In addition to the regular buffet, the kitchen team set up a number of open stalls in the canteen, providing on-site cooking services to ensure journalists had fresher food and more diverse options.

The management department, which is responsible for cleaning all the utensils at the expo venue, including those used by the guests as well as in the kitchen, ran 24 hours a day.

Since the CIIE opened on November 4, the management team cleaned about 5,000 plates every day, with the total number including other tableware around 60,000 per day.

Under the strict epidemic prevention requirements imposed this year, all the utensils already cleaned the night before had to be disinfected again the next day.

This meant day-shift members had to start at 6am and work till late.

The tea/coffee break team also worked long hours, running non-stop from 7am to 9pm everyday at the media center to ensure journalists had a nice place to take a break from their busy work.