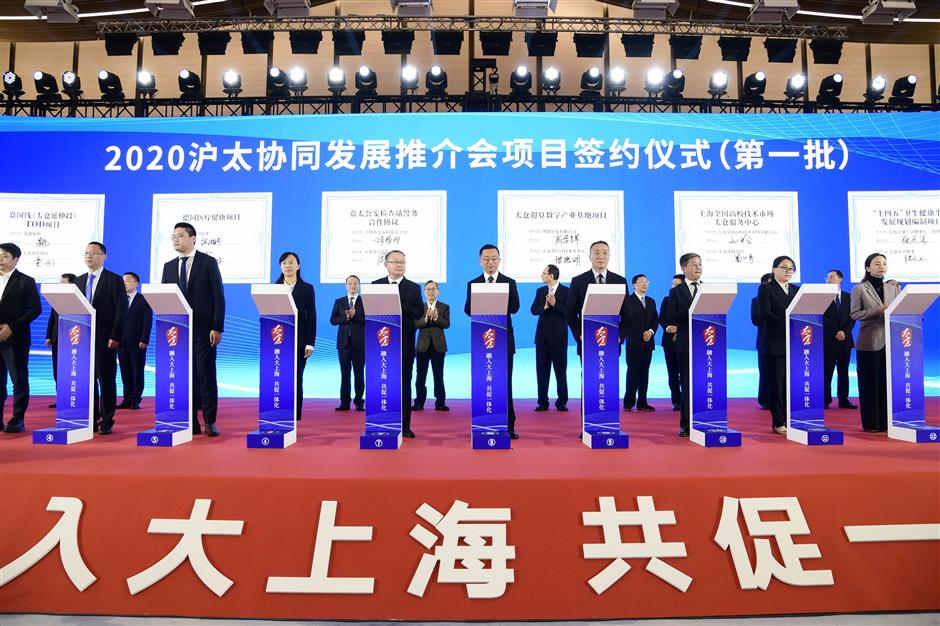 A batch of new projects is signed at the 2020 Shanghai Taicang Comprehensive Development Promotion Conference.

Taicang in neighboring Jiangsu Province is set to become further integrated  into the “greater” Shanghai area as part of the coordinated growth of the Yangtze River Delta region, officials told a conference in Shanghai on Friday.

“Taicang is so close to Shanghai in location, economy, culture and even languages that it is natural to become integrated into the regional coordinated development led by Shanghai,” said Taicang Mayor Wang Xiangyuan.

“We should move one step further from 'getting connected' to 'getting integrated',” Wang said at the 2020 Shanghai Taicang Comprehensive Development Promotion Conference. It was held at the National Exhibition and Convention Center in Shanghai, where the third China International Import Expo took place earlier this month.

According to official data, Taicang welcomed 165 projects worth 10 billion yuan (US$1.53 billion) from Shanghai in the first 10 months of this year, accounting for 18 percent of its total domestic investment.

With better transportation links under construction, including connected ports, railways, roads and metros, Taicang is confident of better coordinated growth, including in culture, education, health care, senior care, tourism and leisure, with Shanghai and other cities in the Yangtze River Delta region, Wang said.

Taicang is now within one hour's drive of Shanghai, and in the near future, it will be connected with extended metro lines. 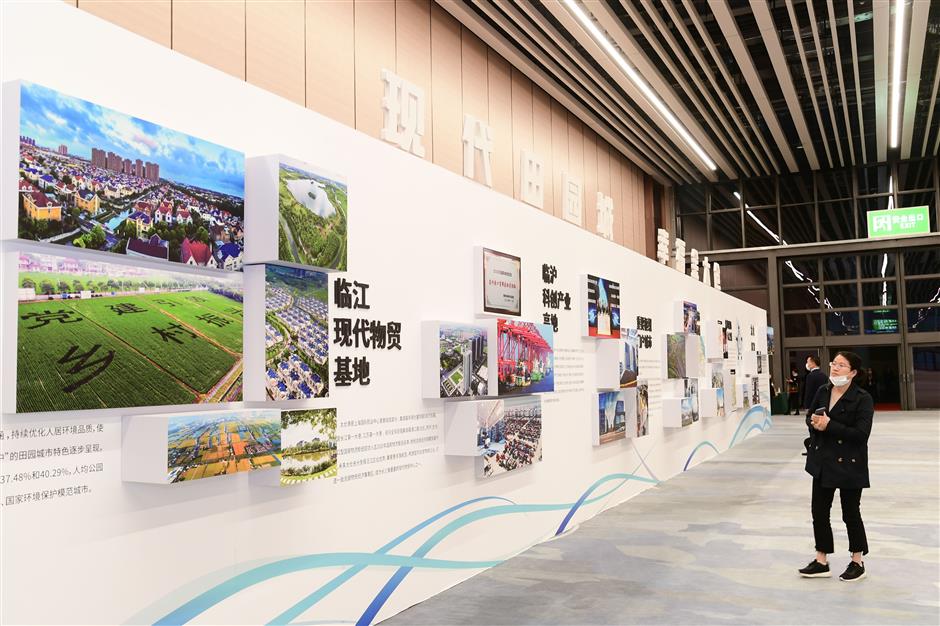