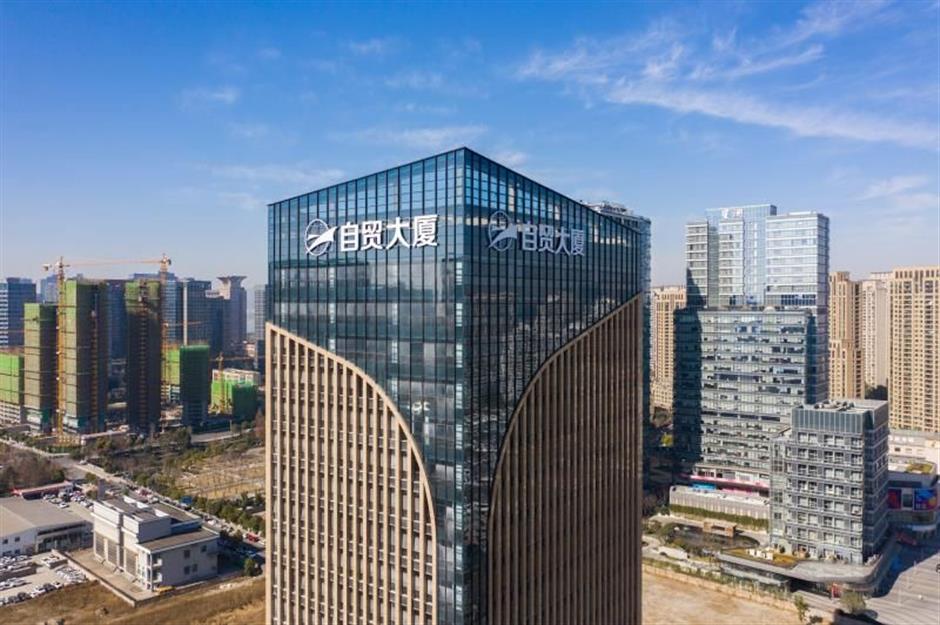 Located in Binjiang District in Hangzhou, the Free Trade Building will become a hub for international digital trade.

Since the establishment of the China (Zhejiang) Pilot Free Trade Zone in 2017, Zhejiang Province has enjoyed many unique opportunities to develop by virtue of its location, booming digital industry, thriving private economy and great port facilities.

Hangzhou has been given green light and got the approval of building a free trade zone in Binjiang District as part of the Zhejiang FTZ which currently has four segments — Zhoushan, Ningbo, Jinhua and Hangzhou.

On January 15, Binjiang government announced 36 preferential measures to provide a shot in the arm to international digital trade.

“The establishment of the FTZ is key to develope a healthy and high-quality economy,” said Wang Min, Party secretary of Binjiang District. “Binjiang will capitalize on its strengths and build a global digital trade center.”

On the same day, the Free Trade Building was launched, with the first group of 18 projects setting up offices there. In the future, it will become a hub for international digital trade in the city. 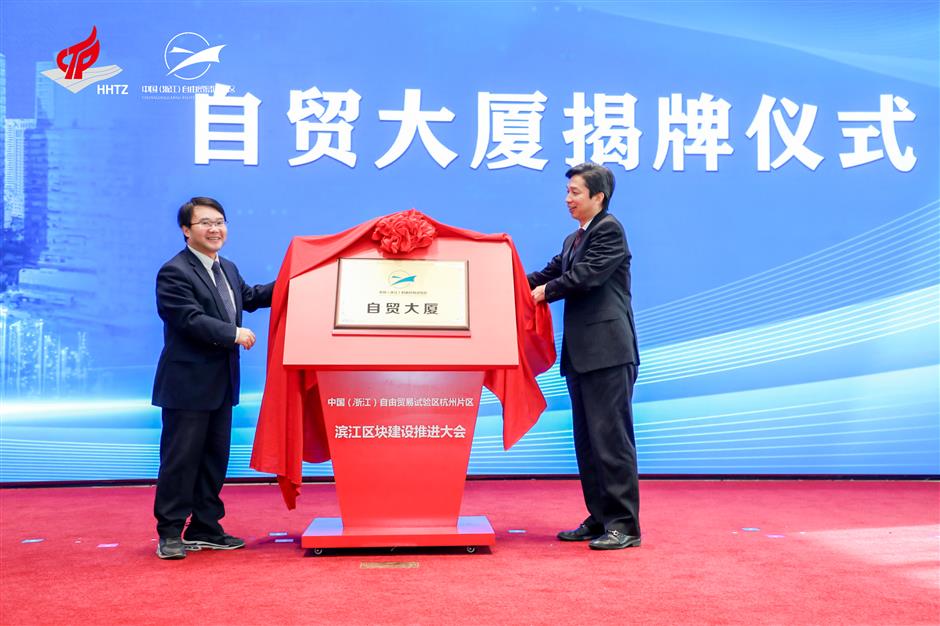 The Free Trade Building is launched in Binjiang District, and the first group of 18 projects have already set up offices there.

For years, Binjiang government has strived to create a district with the strongest digital economy in China and has built an Internet of Things Town as part of that goal.

The town is situated in the center of the free trade zone, and its ideal location is expected to accelerate development under the government’s policies.

Last year, Binjiang launched a new development blueprint which stated that by 2025, Binjiang will have two industrial clusters for AI and Internet of Things worth 100 billion yuan (US$15.46 billion) each.

“The approval of Zhejiang FTZ is a high recognition from the central government,” said Wang. “It’s an opportunity for us to upgrade industries, achieve the 2025 goal and expand space for future development.”

In the zone, the annual digital industry earnings are projected to reach 600 billion yuan within five years. GDP growth and research and development expenditures are expected to be 3 to 5 percent higher than the average level in Binjiang.

The local government plans to build a standardized model that could offer global free trade insights to other cities. 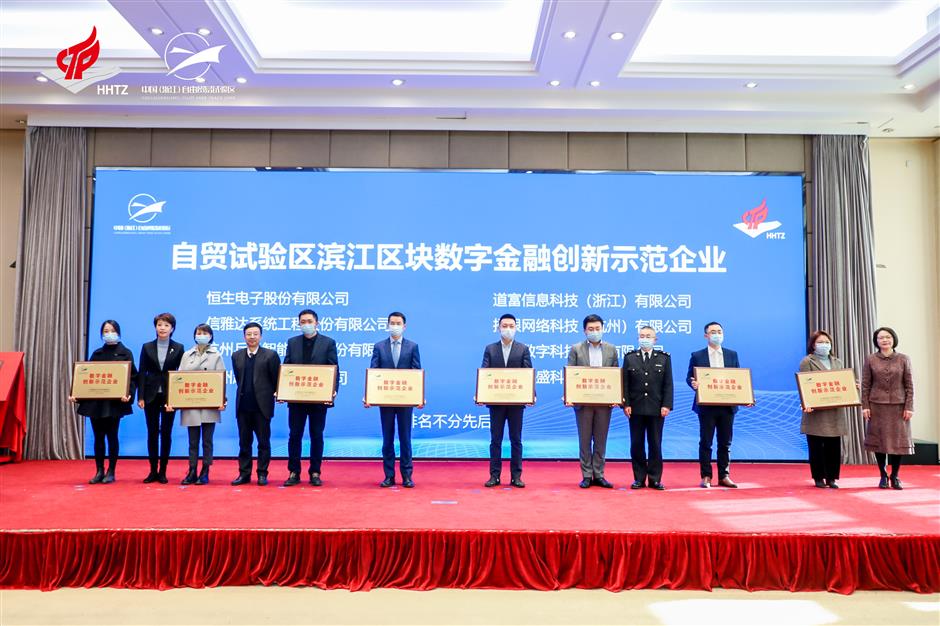 “Building trade platforms is important in developing the FTZ,” Wang said. “We must diversify such platforms and support local companies to build more. At the same time, we will continue to promote the eWPT globally.”

Launched by Alibaba in 2016, the eWTP also promotes the best practices from Hangzhou’s cross-border e-commerce industry to other parts of the world, especially the Belt and Road Initiative countries, in the hope of reconnecting the ancient Silk Road with electronic businesses.