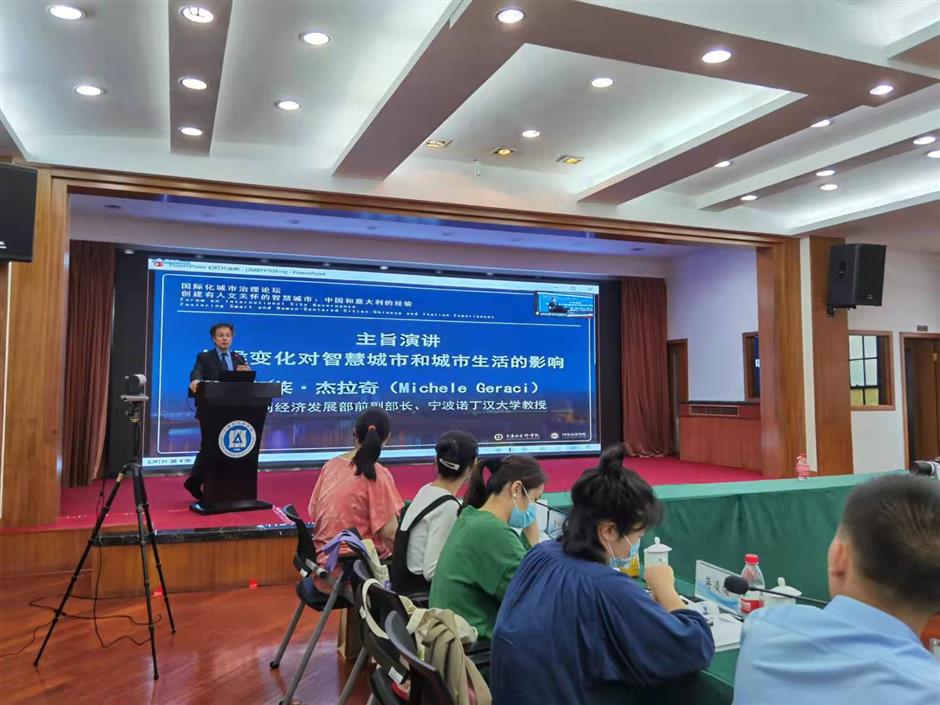 Smart cities should of course have smart technologies, but it is essential new tech should be human-centered, according to Italian and Chinese participants at a recent forum hosted by the Shanghai Academy of Social Sciences, with full support from elite Italian school Politcnico di Torino.

"A modern city can be facilitated by many new technologies, but it needs to be aware of bigger issues such as climate change and data privacy," said Michele Geraci, a professor at the University of Nottingham Ningbo, and former undersecretary of State at the Italian Ministry Economic Development.

In his view, climate change is not about geopolitics, but how nature can be transformed by modern city life and how it should be restored by joint efforts of all cities and governments.

Guo Changgang, director of the Institute of History at SASS, said Shanghai has become a model for smart cities as it has employed a lot of fascinating technologies to boost its economy and governance.

"We need to deploy such new technologies in the construction of a more friendly and constructive city culture," Guo said.

According to the Report on the Development of Green and Smart Cities in China (2021), Shanghai ranks third among cities in China for the quality of its green and smart urban development, following Beijing and Shenzhen, Guangdong Province.

At the forum, Guo showcased some fast urbanizing areas in China, but said they were not really cities of high quality, because "a real smart city is not equipped by new technologies only".

The forum invited Alessandro Arduino, co-director at Sino-Italy Security and Crisis Management project who joined the meeting online, to talk about the role of the digital Silk Road in new smart cities. Also, Antonino Marciano, a physics professor at Fudan University, shed his view on how to use time crystal in architecture for a better city.

The forum was co-organized by Shanghai Academy of Social Sciences Think Tank Foundation.