A freight train named "Shanghai Express" embarked on its maiden journey between Shanghai and Europe on Tuesday morning.

Headed for Hamburg, Germany, the 50-carriage train is loaded with various goods ranging from clothing and glass devices to auto parts and high-tech equipment.

"As a transportation hub, Shanghai has a unique strength in railway services apart from its waterway and aviation routes," said Orient International Holding President Tong Jisheng. "The launch of this train service is to accelerate Shanghai's growth into a global trading center, consolidate its ability to allocate of global resources, and enhance the city's function as a window to China's opening-up process."

The train will leave China via Alataw in the Xinjiang Uygur Autonomous Region, passing through Poland, and finally arrive in Hamburg. It is scheduled to return to Shanghai from Europe in mid-October, and there will be a group of exhibits from European countries on the train for the fourth China International Import Expo.

The services will be expanded if the current plan of one run every week works well, officials said.

The China Railway Express , also known as the "Belt and Road on rail," was launched in March 2011 and has now become an indispensable part of the international trade and transportation system.

So far, the train service has connected around 80 domestic cities with over 160 cities across European and Asian countries and the cumulative number of trains has exceeded 40,000, with nearly 4 million TEU (International Standard Unit) of containers transported. 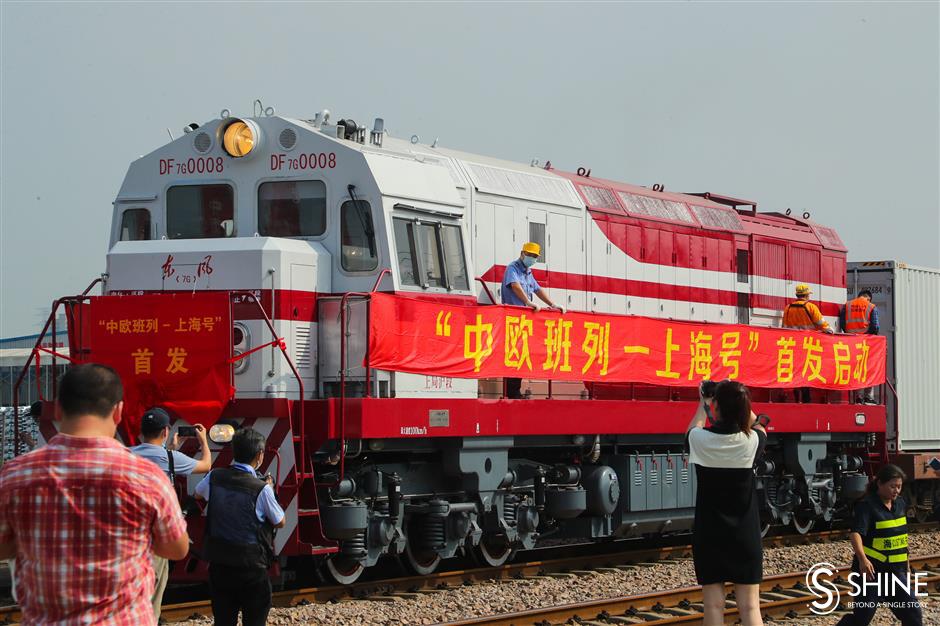