Fourth import expo comes to a close as a rousing success

The fourth China International Import Expo is coming to an end on Wednesday, but its effects will be seen and felt all year long.

As of November 9, the penultimate day of this six-day annual expo, a large number of letters of intent were signed and cooperation agreements reached.

Back on the evening of November 4, Chinese President Xi Jinping delivered a keynote speech via video at the opening ceremony of the expo in which he reiterated China's determination to further expand its openness.

He said that China will firmly "safeguard true multilateralism," "share market opportunities with the rest of the world," "promote high-standard opening-up" and "uphold the common interests of the world."

A key part of this year's expo is the Hongqiao International Economic Forum themed "The World Economy Amidst Profound Changes: Global Economic Cooperation in the Post-COVID-19 Era," which consisted of 12 parallel sessions this year, with greater attention paid to more major sectors, emerging industries and hot topics.

In addition, as this year marks the 20th anniversary of China's accession to the World Trade Organization, a high-level session on this topic was held as a key part of the Hongqiao Forum, at which Vice President Wang Qishan delivered a speech.

China will continue to create a market environment where domestic and foreign companies are treated equally and fair competition is promoted, push forward the reform of the WTO in a constructive manner, support the WTO's active role in international economic governance, work hard to deepen regional and bilateral economic and trade cooperation, and negotiate and sign more high-standard free trade agreements, Wang said. 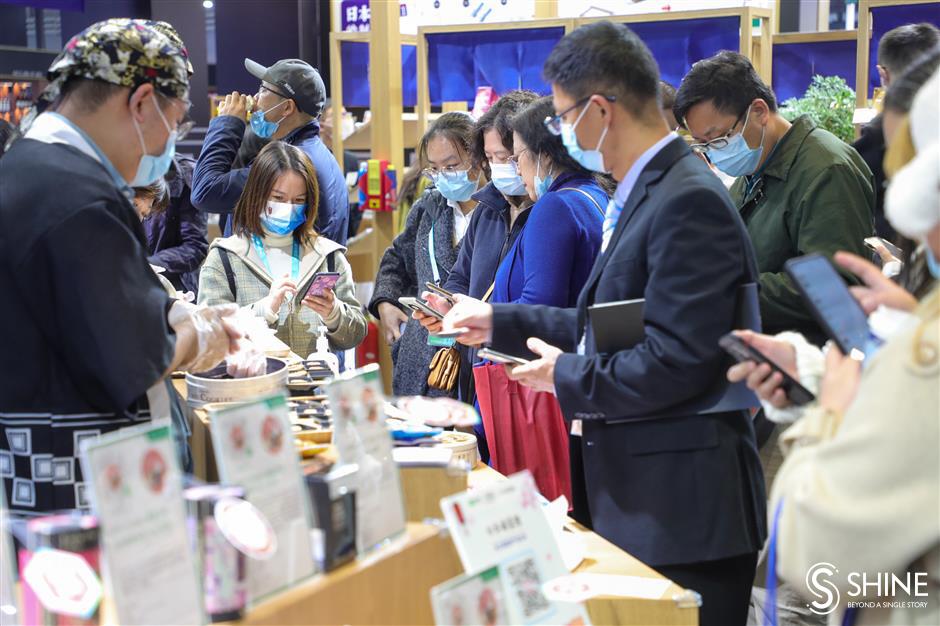 Exhibitors are busy with accommodating visitors via digital devices.

Another big difference from previous sessions is that a national exhibition was held online this year amid the pandemic, which allowed people from all over the world to easily explore the "cloud pavilions" of various countries on the expo's online platform, getting more information about their local culture and features and overall economic and social development in recent years.

Although no national exhibition was held offline, those who are attending the 4th expo in person can still find booths set up for various countries.

The enterprise exhibition, the main part of the expo which covered the largest-ever exhibition area this year, continued to serve as an important platform for foreign companies to exhibit their products and services, test the waters of the Chinese market, and build connections and cooperation with buyers, suppliers, government authorities, and other kinds of potential partners. 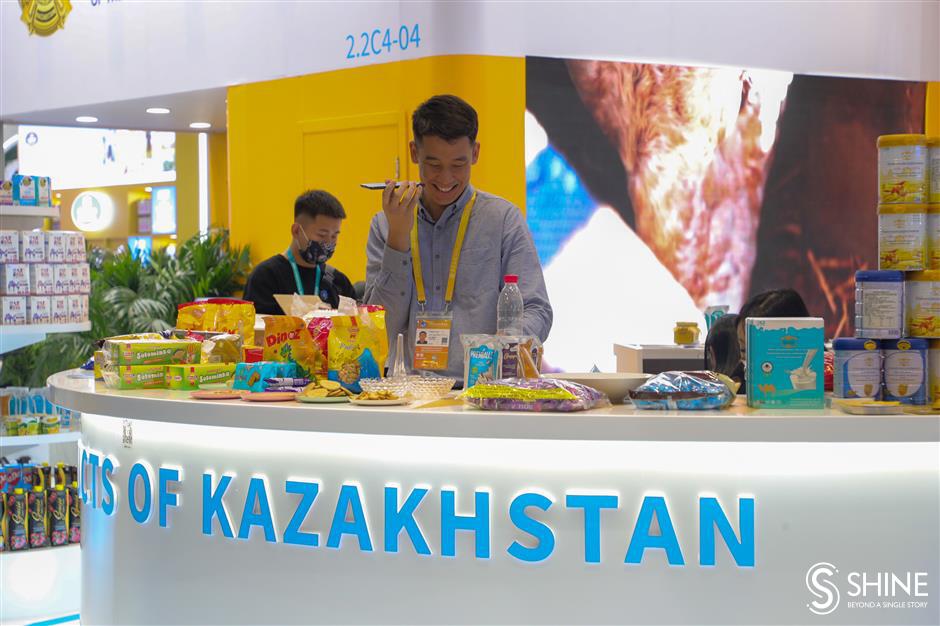 A booth exhibiting food from Kazakhstan is seen at CIIE. Countries along the Belt and Road are taking an active part in the expo.

A large number of collaboration agreements and letters of intent were signed during the six-day expo.

Also of note, cultural relics and art pieces brought by leading auction houses such as Sotheby's and Christie's have captured the attention of collectors and art lovers in a newly established special area.

Many of the works of art exhibited at the expo have been sold on the first day, as revealed by the CIIE bureau.

According to latest statistics, exhibition area measuring more than 150,000 square meters has been booked for the 5th CIIE scheduled next year.

As President Xi has said, "The CIIE, an event to be held on an annual basis, will feature good performance, good results, and continued success in the years to come."

The expo has yielded fruitful achievements for another year, and the preparation for the fifth session is already on the horizon, with dozens of enterprises having signed up as exhibitors to cover an exhibition area of more than 150,000 square meters in total.