US$70.72 billion in intended deals signed as fourth CIIE comes to a close 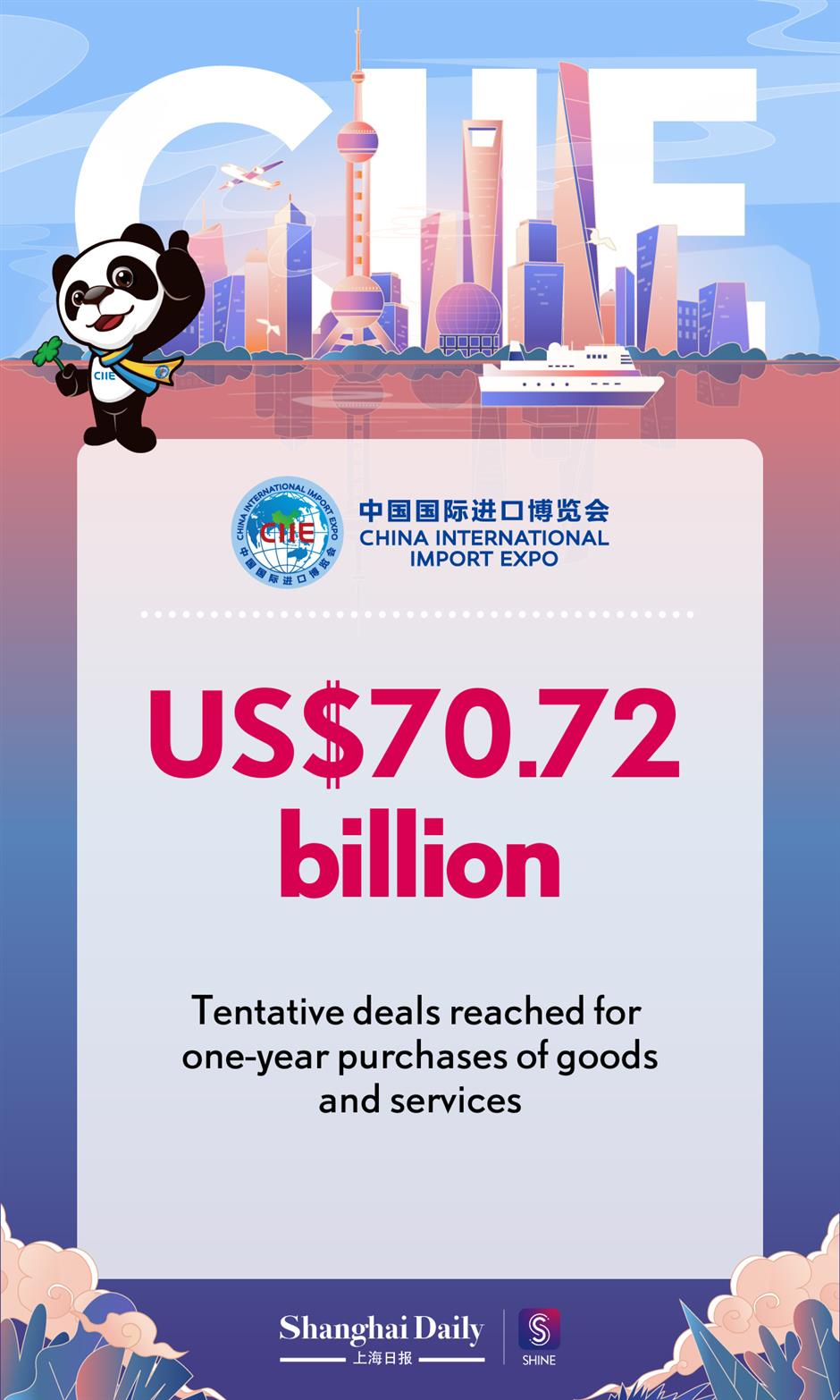 The fourth China International Import Expo wrapped up on Wednesday with a total of US$70.72 billion intended deals signed.

This year's event covered a total area of 366,000 square meters – the biggest ever session.

By noon on Wednesday, the company area of the expo had attracted over 2,900 exhibitors from 127 countries and regions and recorded more than 480,000 visits.

As a high-profile platform, the expo this year served as the stage for the debut of 422 new products, technologies and services of various companies from all over the world.

"With the joint efforts of all parties, the fourth CIIE has turned into a successful, splendid and fruitful international economic and trade event," said Sun Chenghai, deputy director of the China International Import Expo Bureau.

"It showed China's major achievements in epidemic prevention and control as well as economic and social development, and our commitment and contributions to the economic globalization and the establishment of an open world economy," Sun said.

The national exhibition this year was held online for the first time, with new technologies such as 3D modeling and virtual engines, adopted to build the immersive digital exhibition hall.

Digital pavilions for 58 countries, and three international organizations, were set up to fully demonstrate their economic and social development, leading industries, culture and tourism, representative enterprises and other contents, drawing the public's attention from home and abroad and attracting more than 58 million visits to the online platform.

In the business exhibition section, Sun noted the participation of companies from the developed, developing and the least-developed countries.

The higher quality of exhibitors was also a highlight, with 281 Fortune Global 500 enterprises and industry leaders attending this year, among which nearly 40 are new to the CIIE. More than 120 are old exhibitors who participated in the expo for four years.

The food and agricultural products section boasted over 1,200 companies from 102 countries, while the automobile exhibition hall showcased the latest products and technologies from the auto firms, including those by the global top 10 automobile groups.

The Intelligent Industry & Information Technology sector set up a special area for integrated circuits, which, together with the special areas for the digital industry as well as low-carbon energy and environmental technology, took up over 30,000 square meters in total.

With an exhibition area of more than 90,000 square meters, the consumer goods section was the largest this year, with the world's top ten cosmetics brands and the global top three fashion and high-end consumer goods giants exhibiting for the first time.

A total of 135 new products and technologies were introduced in the medical equipment and health-care products area, the largest number among the six major sections.

The trade-in-services sector, meanwhile, focused on the application and promotion of digitalization, with a new special subsection for culture and tourism.

During the six-day expo, 95 supportive events were held on-site, including those on policy interpretation, supply-demand matchmaking and agreement signing, and investment promotion.

In the matchmaking sessions, 640 exhibitors wooed 766 buyers from 55 countries, and 273 cooperation agreements were reached. At the same time, 17 investment seminars and 80 contract signing events were held.

Meanwhile, preparation for the fifth CIIE also got underway here. Exhibition space covering more than 150,000 square meters was already booked for the next year's expo, which was much more than the same period last year, Sun said.