Meet Harry Potter and his friends! See how they light up the city with magic 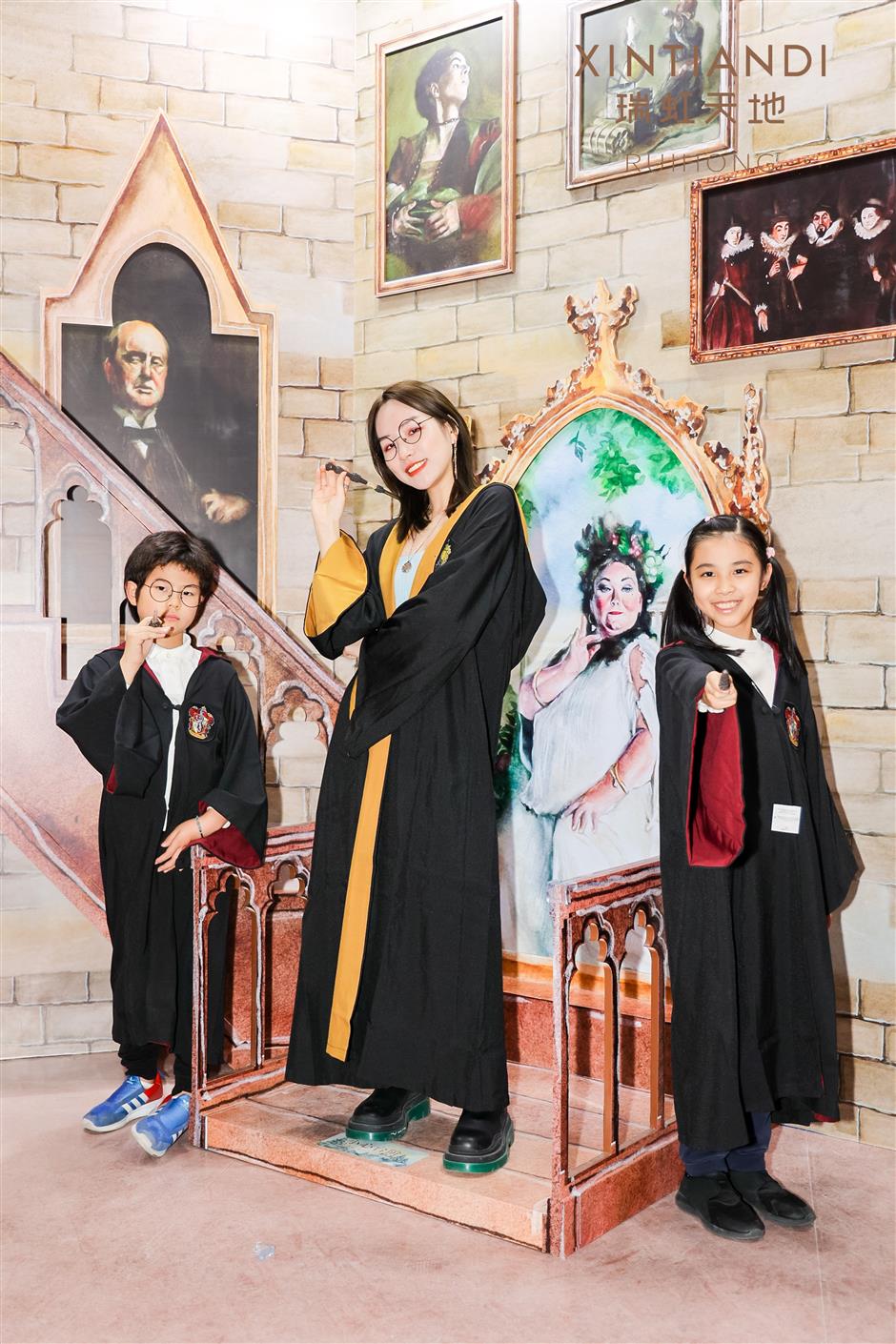 Fans of Harry Potter will feel at home at Ruihong Tiandi's Hall of the Sun in Hongkou District thanks to its unique magic show.

Hall of the Sun is one of the most popular shopping centers in Shanghai nowadays.

With this limited edition Harry Potter-themed show, which is part of Lumieres Shanghai 2021, visitors will experience a splendid journey.

The show, covering a total area of 1,000 square meters, opened on Friday night and will last for two months.

As the first Harry Potter-themed show in the Yangtze River Delta region in the past five years, it is in tandem with the opening of the Wizarding World of Harry Potter at the Universal Beijing Resort, and the release of the mobile game "Harry Potter: Magic Awakened" earlier this year.

On the first day, it attracted a lot of people wearing black robes resembling the uniform of the magic school.

"Wizards and witches" were busy taking photos besides the Hogwarts Express train, and having a taste of candies in Honey Dukes shop. There are also some interactive games to play it real.

Lumieres Shanghai has presented light art over the past six consecutive winters. This year it has started at Ruihong Tiandi, and also features art works such as Dendelion by Japanese artist Ryotaro Muramatsu.

Venue: Hall of the Sun 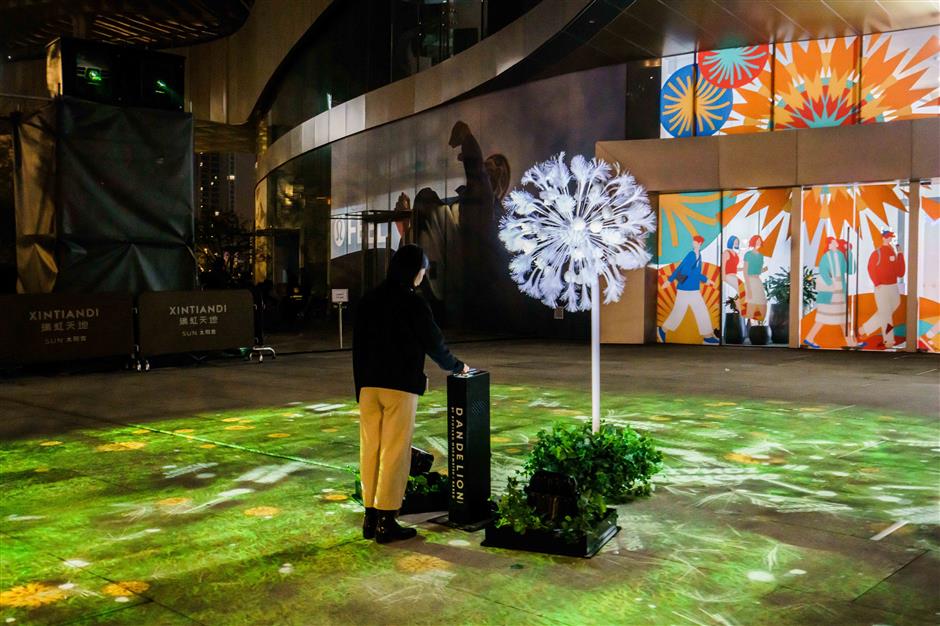 Dendelion by Japanese artist Ryotaro Muramatsu at the entrance of the Hall of the Sun. The digitized spores can carry people's wishes.