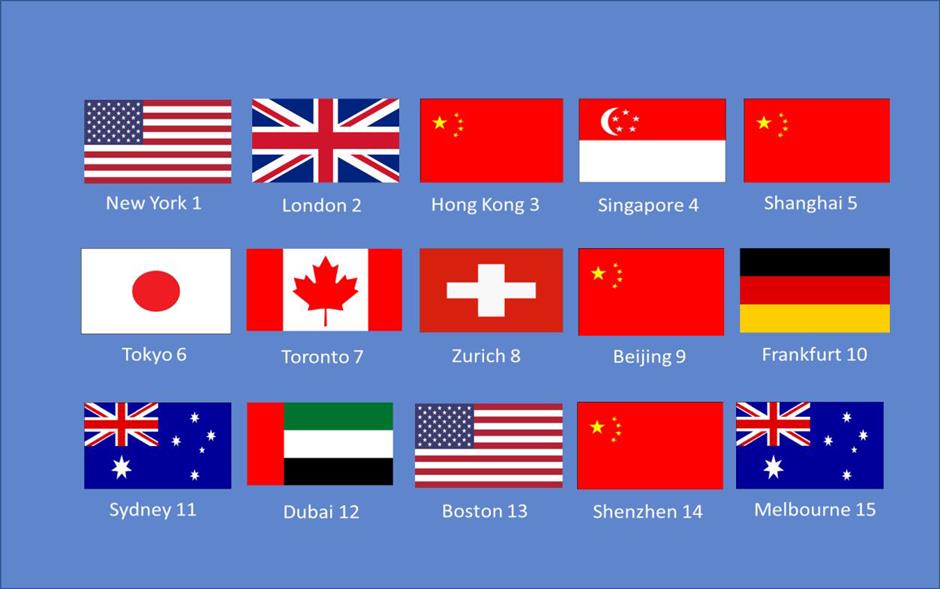 Shanghai was once again ranked as one of the top five financial centers in the world after it overtook Tokyo to move into fifth place of Global Financial Centers last September, a recent report said.

The city remained ahead of Tokyo in fifth place in the index although Tokyo gained 10 points in the ratings, according to the latest edition of the Global Financial Centers Index (GFCI 25), which was co-published by the China Development Institute (CDI) in Shenzhen and Z/Yen Partners, a London-based market research company.

Not for the first time, New York took first place in the index, seven points head of London. Hong Kong was only four points behind London in third and Singapore remained in fourth place.

Toronto rose 27 points and gained four places to seventh. Zurich, Beijing and Frankfurt remained in the top 10, the findings showed.

Among the top five centers, gaps are now being narrowed between the catchers and the leaders. For example, Shanghai was 193 points behind the leader when the index was produced for the first time in 2007, but now it is just 17 points behind.

A total of nine Chinese cities were on the list this time, as a number of secondary centers like Chengdu and Dalian are rising in importance.

The financial center list has grown from 100 to 102 this year and this year’s result showed a continued shift to the Asia/Pacific areas, as the top eight centers in the region are now in the top 15 in the whole index.

Shanghai’s continuously strong position in this index reflects the stability of the city’s financial policies and its continued growth.

Committed to becoming a center of international finance by 2020, the city has always stayed at the forefront of the reform and opening up of China’s financial services and vows to keep playing a pioneering role in this regard in the future.

Local government officials said that so far, Shanghai has made great headway serving the country’s financial reform and opening-up and it has further consolidated its position as a financial center with a relatively complete financial market system.

For instance, nine of the world’s top 10 asset managers opened offices in the Lujiazui financial area and 51 internationally renowned asset management companies set up 69 wholly foreign-owned firms in Shanghai in 2018.

Next, it will strive to enhance the degree of its financial internalization and its global influence, attract more overseas investors to participate in its financial market and further optimize its business climate for the financial sector and improve its capabilities for financial supervision and risk prevention.

And these quantitative measures are provided by third parties including the World Bank, The Economist Intelligence Unit, the OECD, and the United Nations and they are complemented with 29,065 financial centre assessments provided by respondents to the GFCI online questionnaire.

The research has been published by Z/Yen since March 2007 and it is now updated twice every year in March and September.

The ranking receives considerable attention from the global financial community and it serves as a valuable reference for policy and investment decisions. 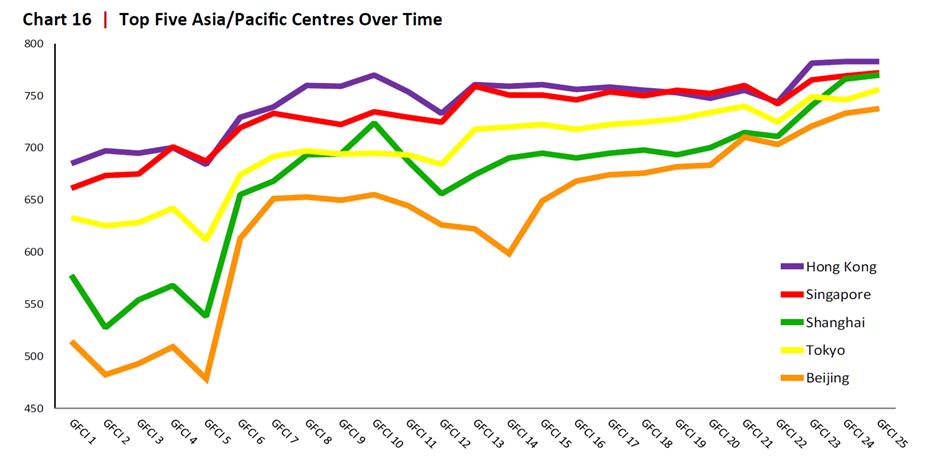