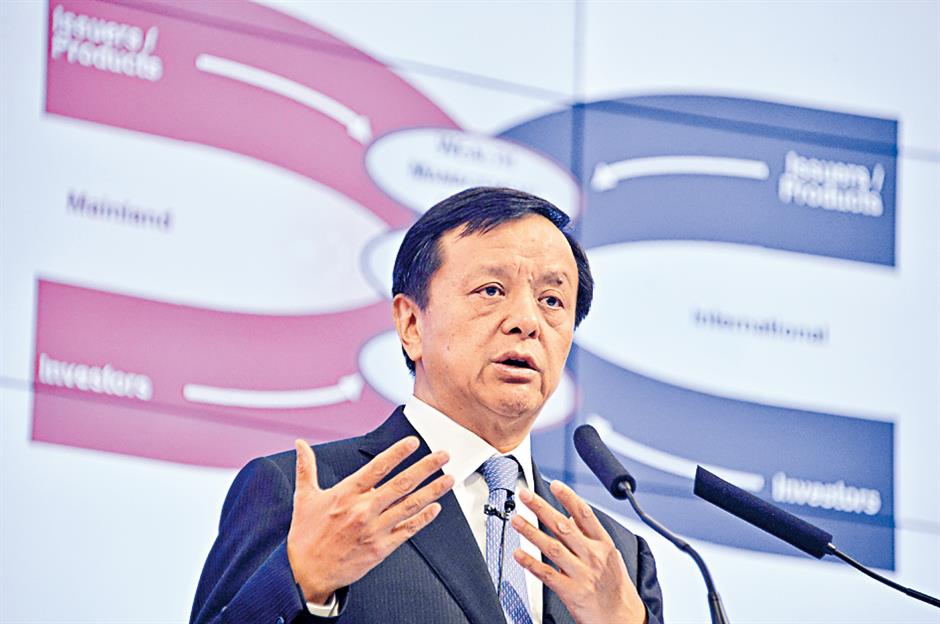 Charles Li Xiaojia, CEO of Hong Kong Exchanges and Clearing, speaks at a conference in Hong Kong, China, 8 August 2018 in this file photo.

Hong Kong Exchanges and Clearing has made an unsolicited US$39 billion takeover approach for the London Stock Exchange, a proposal contingent on the LSE ditching its acquisition of data company Refinitiv.

The move is aimed at creating a global trading power better able to compete with US rivals such as ICE and CME.

The LSE has long sought to bolster its presence in Asia and recently launched a link scheme with HKEX competitor Shanghai.

“The board of HKEX believes a proposed combination with LSEG represents a highly compelling strategic opportunity to create a global market infrastructure leader,” the Hong Kong exchange said in a statement yesterday.

The LSE said it would review the proposal but added that it was committed to and continued to make good progress on its planned acquisition of Refinitiv from a consortium led by US private equity firm Blackstone.

The approach by the Hong Kong company comes as Britain is set to leave the European Union, a step some politicians fear could weaken its status as a major financial center.

HKEX, which already has a base in London as owner of the London Metal Exchange, said it had played a key role in underpinning the City of London’s position as a pre-eminent global center for metals trading.

“HKEX is fully committed to supporting and building the long term roles of both London and Hong Kong as global financial centers,” it added.

The proposed 31.6 billion pounds cash-and-share transaction would only go ahead if the LSE’s takeover of Refinitiv does not proceed, HKEX said. Some analysts saw the Hong Kong offer as a defensive move to scupper the Refinitiv deal and prevent the London exchange becoming a bigger rival like CME and ICE.

HKEX, whose main shareholder is the Hong Kong government, said its proposal represented a 22.9 percent premium to the LSE’s closing stock price on Tuesday.

After initially jumping more than 17 percent in reaction to the news, LSE shares were trading 5.4 percent higher.

“It looks uncertain whether shareholders will accept the offer, given that the Refinitiv deal is popular across the shareholder base for its potential to transform the business and add value over the long-term,” said Guy de Blonay, a fund manager at Jupiter, a top-25 investor in the LSE.

The LSE announced in August that it had agreed to buy Refinitiv in a US$27 billion deal aimed at transforming the exchange into a market data and analytics giant. HKEX has been the world’s largest listings venue in five of the past 10 years, splitting the crown over that decade with the New York Stock Exchange, according to Refinitiv data. But this year it has fallen behind, raising US$10.8 billion to the NYSE’s US$20.2 billion.