Foreign insurer sets up base in Shanghai 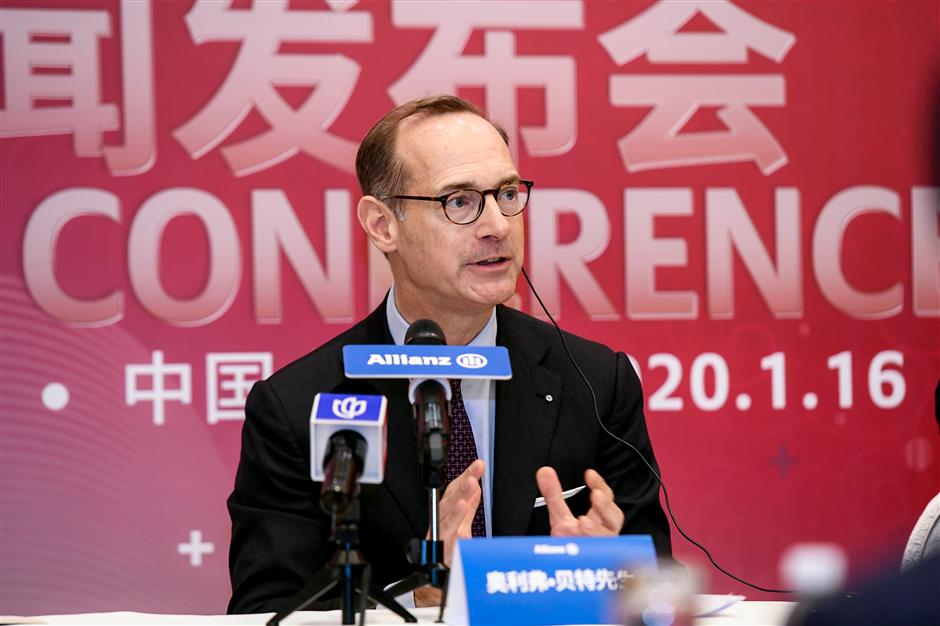 Oliver Bäte, Allianz SE chairman and chief executive officer, said at the official opening ceremony that the launch of the new firm underlined the positive long-term cooperation between China and Germany, and it positioned Allianz to play an even greater role in China.

"We choose Shanghai as the location because it is a center of innovation and we have strong footprint here," Bäte said.

Before the ceremony, Shanghai Mayor Ying Yong met Bäte and other senior Allianz representatives to reiterate the importance of Sino-German relations.

China has taken a number of measures to upgrade the industry and cater to public demand for diversified products, including removing the foreign ownership cap on life insurers and accelerating efforts to open up the insurance market and foster a level playing field.

Foreign-owned insurance companies will contribute to the reform and high-quality development of China's insurance industry by bringing in sound business concept and experience, said Zhu Junsheng, a researcher with the State Council’s development research center.