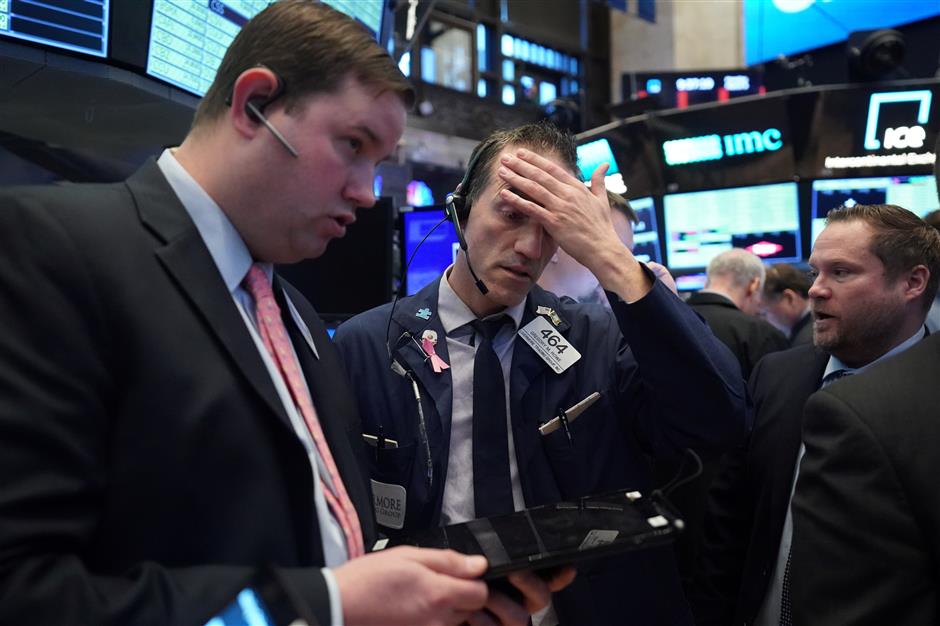 Stocks tanked as the global oil market nosedived 30 percent at one stage after top exporter Saudi Arabia slashed the prices it charges customers following a bust-up with Russia over crude production cuts.

The dollar slid versus the yen, seen as a safe haven investment.

The New York markets tumbled at the opening with the DJIA immediately down nearly six percent, playing catch up with Europe where London, Paris and Frankfurt were all off more than eight percent.

Shortly after the open in New York trading was halted for 15 minutes after losses hit 7 percent.

"Markets were at breaking point before Saudi Arabia's decision to launch an oil price war but this latest development has taken them beyond that."

However, Moscow declined, triggering Riyadh's move to preserve market share and sideline its close competitor -- but it has created fresh market chaos.

"The war against the coronavirus is turning into a war for oil export markets," said analyst Tamas Varga at oil broker PVM Associates.

The dizzying oil drop -- the steepest since the 1991 Gulf War -- sent investors fleeing for safety alongside mounting fears over the worsening coronavirus, which has seen Italy lock down a swathe of its north.

"This will be remembered as Black Monday," said analyst Neil Wilson at trading site Markets.com.

Italy's stock market took the heaviest battering after a chunk of the county's northern region was sealed off -- including Milan and Venice -- as authorities struggled to contain the spread and impact of coronavirus.

As the disease claims more lives around the world, dealers are shedding riskier assets for safehavens, sending gold and the yen surging and pushing US Treasury yields to record lows.

While governments and central banks have unleashed or prepared stimulus measures, the spread of COVID-19 is putting a huge strain on economies and stoking concerns of a worldwide recession.

Trading floors in Asia were also a sea of red, with Tokyo plunging more than five percent by the close, while Hong Kong shed 4.2 percent. Sydney slumped 7.3 percent.

Oil majors also bore the brunt of a fierce wave of selling while other commodities firms nursed heavy losses.

Analysts meanwhile warned of further gyrations as the outbreak shows no sign of abating, with more than 110,000 people infected in scores of countries -- including Italy, which is now the hardest-hit country outside China.