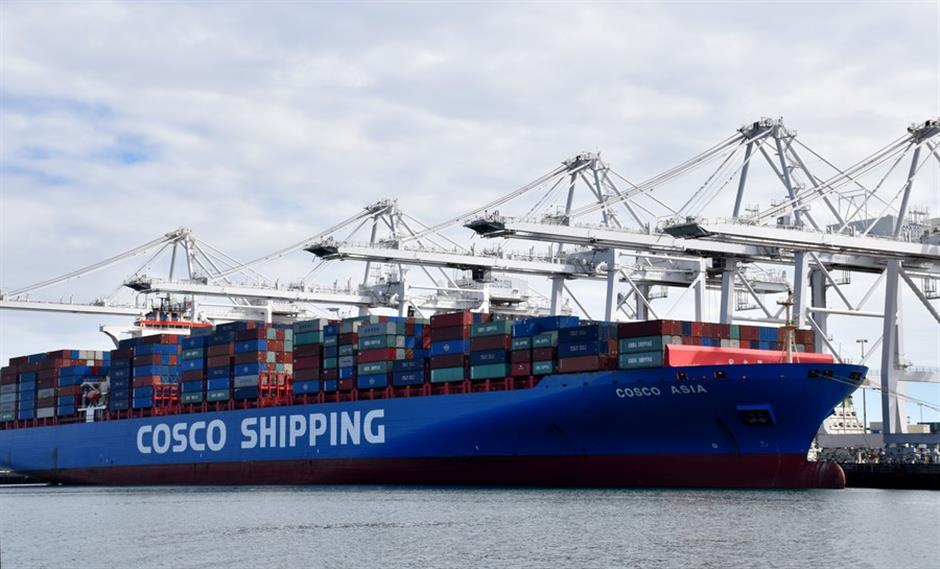 Containers of China COSCO Shipping Corporation Limited are seen at the Port of Long Beach in Los Angeles County, the United States on February 27, 2019.

"For all the fireworks over tariffs and investment restrictions, China's integration into global financial markets continues apace," according to an analysis co-authored by Lardy and PIIE research analyst Tianlei Huang, published on Thursday.

"Indeed, that integration appears on most metrics to have accelerated over the past year," they said, noting that US-based financial institutions are actively participating in this process, and hence US-China financial decoupling is "not happening."

Lardy and Huang said the best example of China's deepening integration into global financial markets is the "substantial increase" in the role of US and other foreign financial institutions in China, as Chinese regulators in 2019 and 2020 eased restrictions on ownership and other factors. 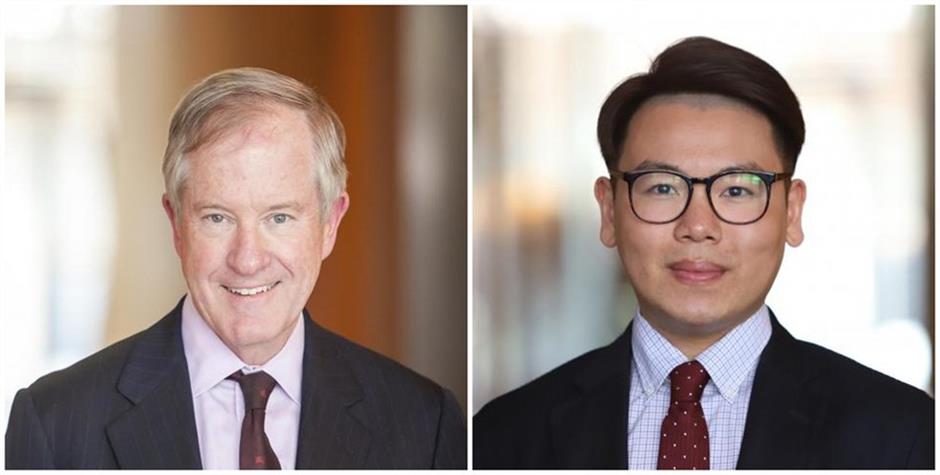 They highlighted several examples, such as PayPal, which in 2019 acquired a 70 percent stake in the Chinese firm GoPay, and Goldman Sachs, which in March 2020 received approval to step up its 33 percent minority stake in its joint venture securities firm to a 51 percent majority ownership.

Besides regulatory reform, the authors argued that China's integration into global financial markets is also reflected in growing cross-border capital flows of not only foreign direct investment (FDI) but also of portfolio capital.

They noted that foreign ownership of Chinese stocks and bonds has been increasing steadily in recent years, reaching 4.2 trillion yuan (US$594 billion) by the end of the first quarter of 2020, adding that this amount is almost certain to grow over time.

American multinational firms have been active in direct investment in China, investing 14.1 billion dollars in 2019, up from 12.9 billion dollars in 2018, according to Lardy and Huang, who added that FDI inflows into China, including by US firms, are likely to wane in 2020 as a result of slowing global economic growth caused by the COVID-19 pandemic. 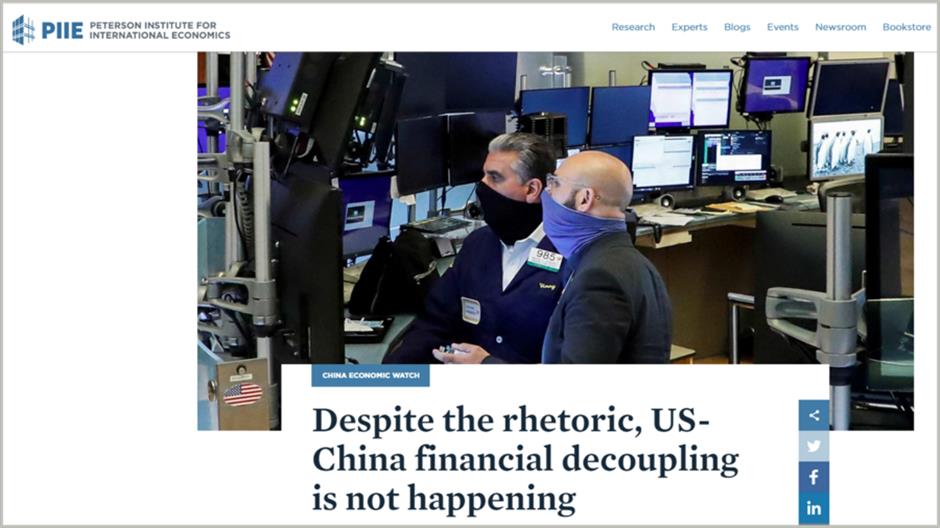 A screenshot taken from piie.com on July 5, 2020 shows the photo and title of the article "Despite the rhetoric, US-China financial decoupling is not happening," which is co-authored by Nicholas Lardy, senior fellow at the Washington DC-based think tank Peterson Institute for International Economics (PIIE), and PIIE research analyst Tianlei Huang.

Stressing the danger of generalizing based on misleading anecdotal evidence, the authors noted that the one sign of financial decoupling between the United States and China is the sharp decline in Chinese direct investment in the United States.

In the analysis, Lardy and Huang also argued that denying access to US capital markets would not be a major step in decoupling and certainly would not slow China's growth, due to the following reasons.

Moreover, many Chinese companies will delist by shifting their listings to the Stock Exchange of Hong Kong where both US residents and international investors can continue to invest, they said.