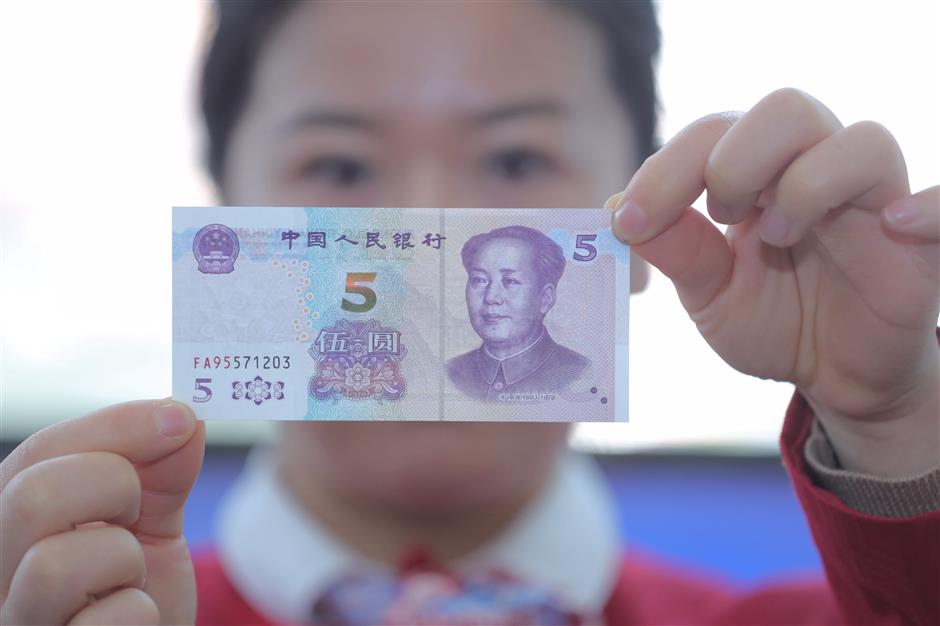 China's central bank on Thursday issued a 2020 edition of the five yuan banknote, marking the completion of the update to the fifth series of the renminbi, China's currency.

The new five yuan bill has an improved layout and enhanced anti-counterfeiting features, according to the People's Bank of China (PBOC).

The PBOC will allow a transitional period before the previous bill is replaced, and will introduce the anti-counterfeiting features to the public via its official website and social network accounts.

The issuance follows the 2019 upgrades of fifth-series 50, 20, 10 and one yuan banknotes, as well as 0.5 and 0.1 yuan coins. With the release of the new five yuan bill, the upgrade of the renminbi's fifth series is complete, the central bank said.

The fifth series of the renminbi was introduced in 1999.