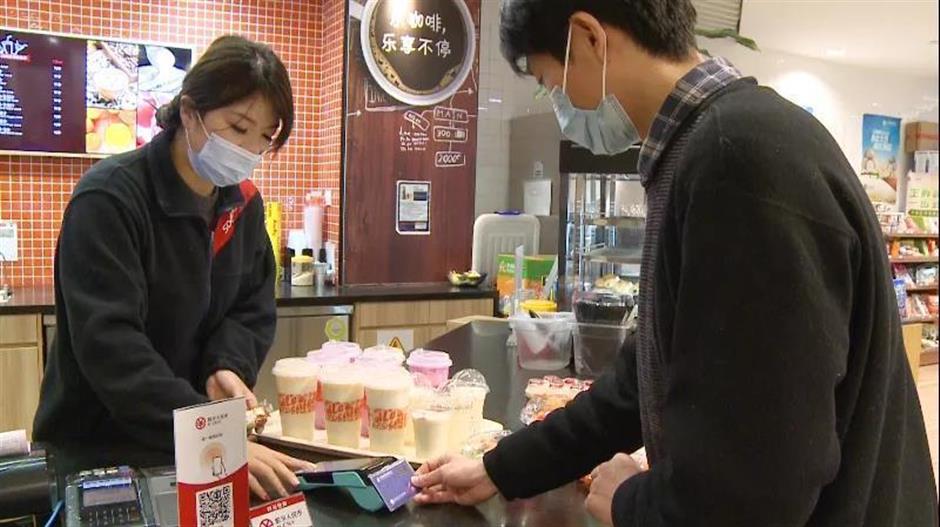 Shanghai became another testing site for electronic yuan on Tuesday, just one day after its digital ambitions were announced.

Unlike previous pilot programs in Shenzhen and Suzhou, the city was the site of the first application of the technology to make digital payments without using mobile phones, which will provide people a more convenient way to use e-yuan.

Senior citizens with less access to digitalization will also benefit from the technology, according to industry insiders.

Hospital staff can see the amount of e-yuan they've spent, their card balance and transaction times through a display window on the upper right corner of the card. 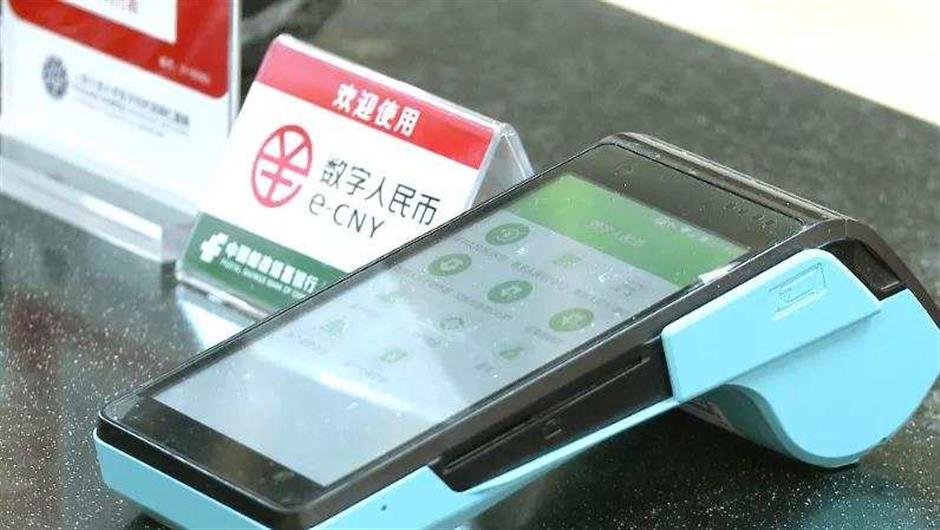 The payment terminal at Tongren Hospital

Tongren Hospital officials said they plan to expand the pilot use of digital yuan into payment scenarios such as diagnosis and treatment, physical examinations and parking while creating more intelligent and convenient services for patients.

Efforts are underway to speed up the digital transformation of all industry sectors in the city, including financial services, manufacturing and scientific research and development. 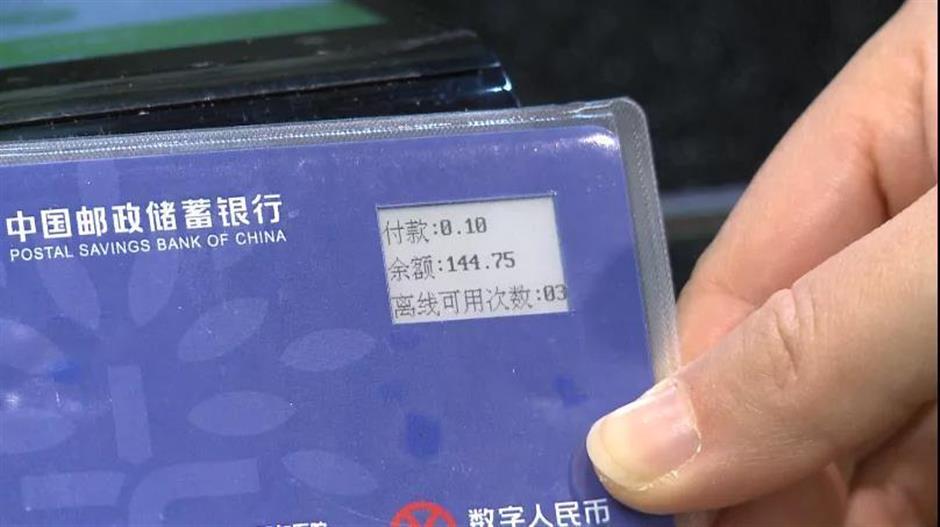 The payment card has a screen to show the transaction amount and balance of the e-money.