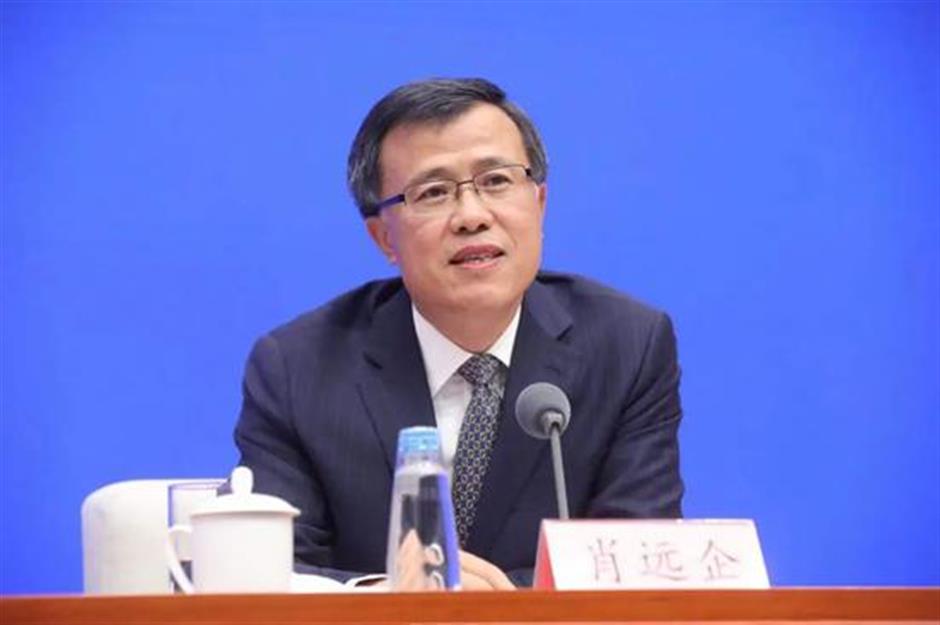 Xiao Yuanqi, former chief risk officer and spokesperson for the China Banking and Insurance Regulatory Commission (CBIRC), has been promoted to vice chairman, according to the watchdog's official website.

Huang Hong and Zhu Shumin, two former vice chairmen of the commission, recently retired. The top banking and insurance regulator now has one chairman and four vice chairmen after a recent personnel reshuffle.

Xiao is a veteran with international vision and local supervision experience in the banking and insurance sectors.

With experience in the World Trade Organization and bilateral and multilateral free trade zone negotiations, he is regarded by industry insiders as an interdisciplinary expert who is familiar with the global financial industry as well as macro- and micro-economics.

Xiao was academically trained from the graduate department of the People's Bank of China (PBoC) in 1990, and worked in its Foreign Affairs Bureau as well as the Bank of China's Beijing branch.

From 1993 to 1996, he worked in PBoC's Americas Representative Office.

In 2018, Xiao became the chief risk officer, general office director and spokesperson for the CBIRC.