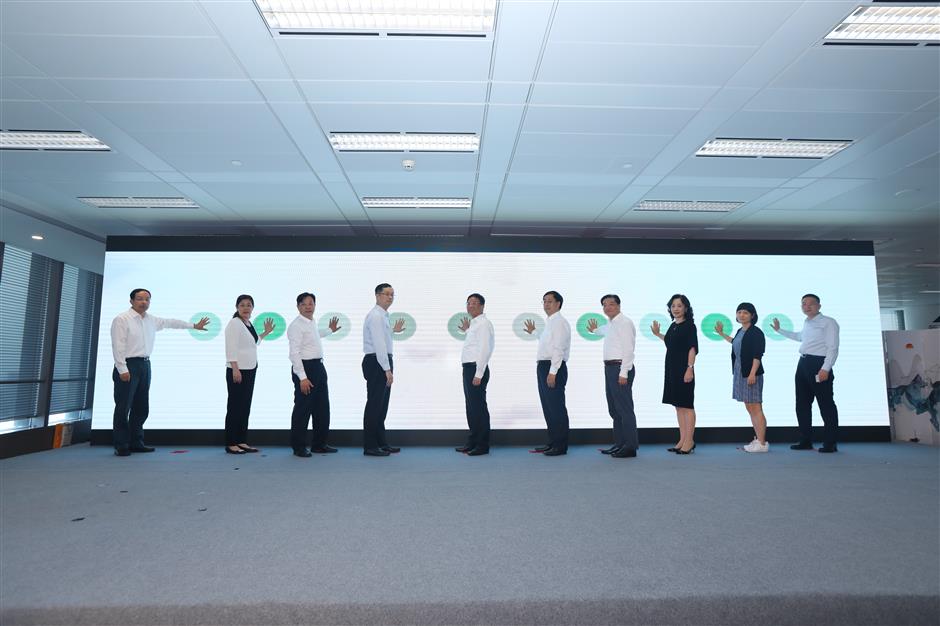 Shanghai's financial industry on Thursday called its members to beef up their commitment to carbon management by practicing more green finance.

The Shanghai Banking Association and Shanghai Insurance Association made joint initiatives to peak carbon emissions and achieve carbon neutrality, aiming to help Shanghai to take the lead in carbon management.

"Peaking carbon missions and achieving carbon neutrality is an extensive and profound systemic reform for the economy and society. We call on all financial institutions in Shanghai to play a greater role in aiding China's comprehensive green socioeconomic transition, realizing the carbon neutral vision and earnestly shouldering the financial responsibility of the green development," the Shanghai Banking Association said in its initiative.

The banking association emphasized that banks should set their business preferences toward green and low carbon, while clarifying the goals and implementation road map of carbon neutrality as they apply to their operations. Banks should give full play to the advantages and expertise of financial institutions in terms of financing, resource allocation, risk management, market pricing, and promoting changes in energy, industrial and investment structures as well as people's lifestyles to ensure Shanghai takes the lead and realizes peak carbon emissions before 2025.

The Shanghai insurance industry made a similar initiative, saying it should also help the transformation of carbon control via more efforts in product and policy design.

The goal of peaking carbon emissions by 2030 and achieving carbon neutrality by 2060 was proposed by Chinese President Xi Jinping at the 75th session of the United Nations General Assembly in 2020.