Time to sign up for Huhuibao medical insurance again 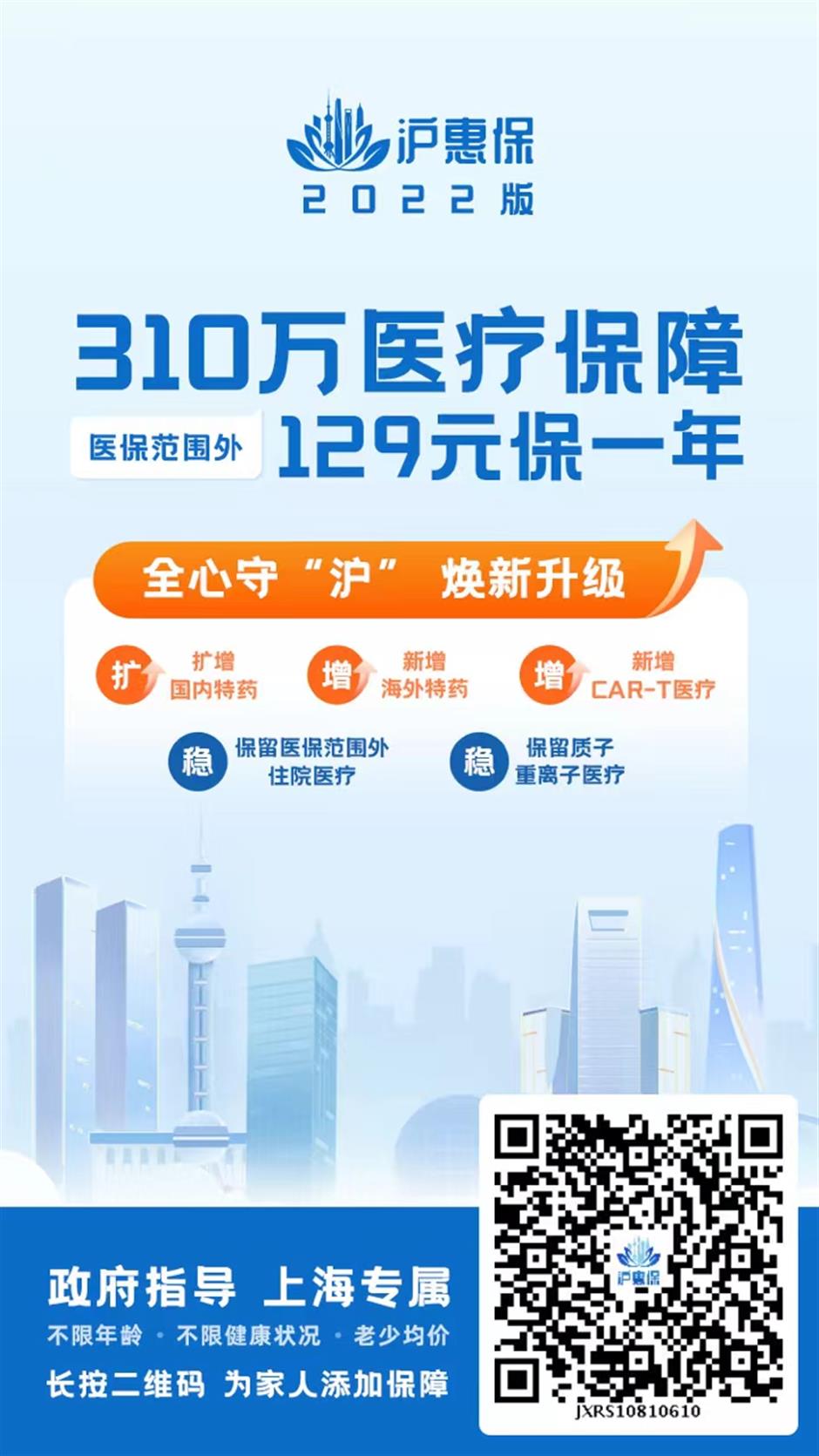 A flyer for the Huhuibao insurance plan

This marks the second offering to sign up since April last year.

The premium has increased to 129 yuan (US$19.3) per person per year from 115 yuan last year, and the coverage has been expanded.

Two kinds of CAR-T cancer treatment from local drug companies Fosun Kite and JW Therapeutics are included in the new plan, up to 500,000 yuan.

Immunotherapies involve customization of a cell from each individual patient to help them fight cancer and thus comes at a higher price than traditional chemotherapy and targeted therapy.

Fosun Kite's Yescarta prescription injection for certain kinds of non-Hodgkin's lymphoma was approved by the National Medical Production Administration last year and it has been working with local medical authorities to expand the accessibility for patients.

The insurance plan will be opened for registration from May 25 to July 31 and anyone who participates in the Shanghai social medical insurance program can be insured, with no restriction on age and occupation.

Local residents can now apply for the protection plan via platforms such as Huhuibao's official WeChat account, Government Online-Offline Shanghai app, Alipay and We Sure, an insurance platform affiliated to Tencent.

Enrollments hit 1 million within five hours of its launch on Wednesday, much faster than the record set in last year (12 hours to reach the mark), said an official who participated in the promotion of the plan.

And some 17.5 percent of the applicants are first-time buyers, which means a much higher repurchase rate.

Emotional changes, coupled with the economic downturn brought about by COVID-19 pandemic might hurt people's willingness to take out the insurance coverage, Xu Xian, dean of the Insurance Department at the School of Economics of Fudan University cautions.

Huhuibao received some 7.39 million sign-ups in its first year of operation, which means one out of three people in the city has purchased it.

As of the end of April, over 140,000 claims cases were accepted with a cumulative payment amount of 600 million yuan, the latest official data on the product showed.