Shui On Land, the flagship property arm of Hong Kong-based Shui On Group on the Chinese mainland, is tapping China's growing demand.

Established in December 2018 for the purpose of investing in core and core-plus office assets in Shanghai and three other first-tier Chinese cities, SCOV aims to raise up to US$1 billion.

The three founding partners have committed US$750 million, with Shui On Land, Manulife Investors and China Life Trustees contributing US$200 million, US$450 million and US$100 million.

At Xintiandi in downtown Huangpu District, 5 Corporate Avenue is a premier Grade A office and retail complex developed by Shui On Land with a total gross floor area of more than 100,000 square meters. 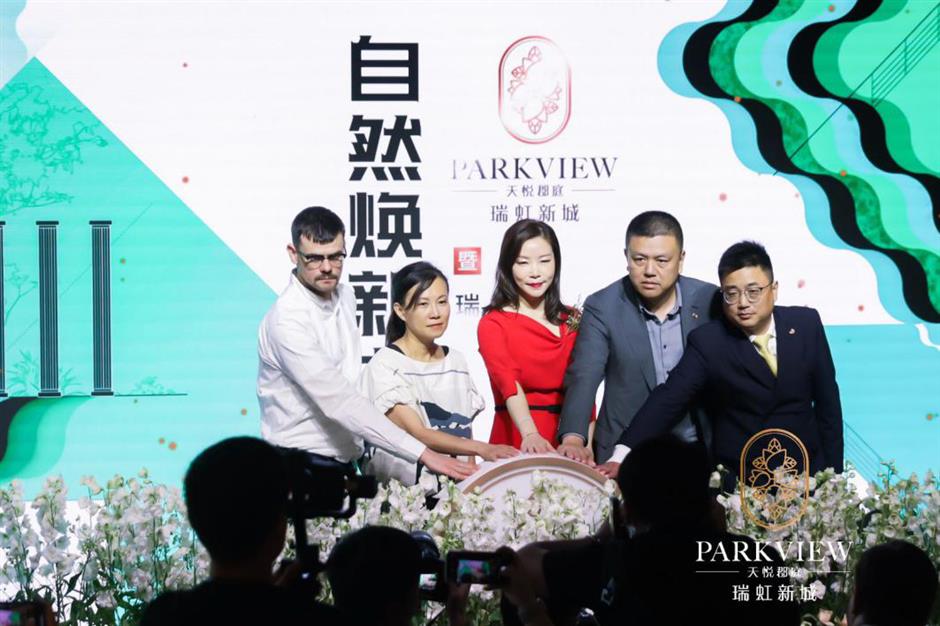 In a separate move, Shui On Land also announced over the weekend that it will unveil the Parkview, or the eighth phase of Rui Hong Xin Cheng, one of the largest integrated community developments within the Inner Ring Road, in the second half of this year.

With a total gross floor area of 163,000 square meters encompassing seven high-rise buildings, the Parkview, which offers apartment layouts starting from 95-square-meter two bedrooms to 272-square-meter four bedrooms, is designed with a particular focus on the concept of nature.