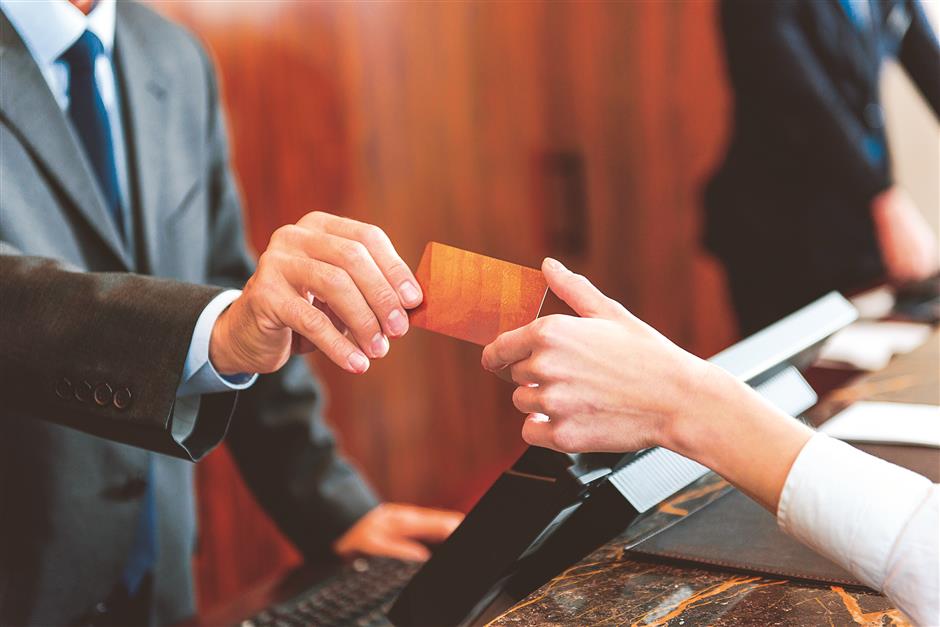 During the first nine months of this year, a total of US$7.8 billion worth of transactions had been completed across the Asia Pacific region.

Hotel investments in Asia Pacific will likely jump between 25 and 30 percent from a year earlier to exceed US$11 billion for the whole of 2019, as demand for hotels continues unabated, according to a recent report released by JLL.

During the first nine months of this year, a total of US$7.8 billion worth of transactions had been completed across the region, making it likely that the US$11 billion mark will be breached for only the third time in the past 10 years. To date, only 2017 and 2015 have seen such figures.

Notably, Japan seems to be the top-performing country in Asia Pacific with hotel transactions being predicted to surge 60 percent year on year to around US$4 billion, the highest record for Japan, exceeding its previous 2007 peak. And the strong momentum is anticipated to continue as the country will host a series of mega events over the next few years including the 2020 Tokyo Olympic Games and 2025 World Expo, which will boost the sector and bring in a deluge of visitors. Osaka, particularly, is widely considered the favorite for Japan’s first large-scale integrated casino resort complex which alone is predicted to draw more than 24 million visitors a year. These will, in turn, lead to soaring demand for hospitality assets.

In Singapore, which remains high on investors’ radar mainly supported by its positive trading performance, strong visitor arrivals and new tourism initiatives, total transaction volume, including hotel land sites sale, is expected to surpass US$1.8 billion this year, the highest ever on record.

And the cityscape of the island nation is set to change dramatically in the coming years under state plans, boosting its identity further as a global business gateway and tourist haven.

Elsewhere in China, softening office leasing demand and sluggish retail sales have turned the eyes of investors toward hotels, where trading performance has been resilient. This included the recent announcement by UOL to sell the 480-room Pan Pacific Suzhou for a net cash consideration of US$57.7 million.

Although China’s hotel transaction volume is expected to moderate in 2019, it is likely to pick up next year as several well-known deals in the pipeline for Shanghai and Beijing spill over to 2020, according to JLL.

There are also some bright spots in Asia Pacific markets that have been relatively quiet in comparison to recent years.

Standing majestic in the middle of the Great Barrier Reef is the breathtakingly beautiful Dunk Island, which was sold to a London-based group for US$21.3 million. The transaction is emblematic of an effort by investors to reinvest in some of Australia’s most stunning islands which could lay foundations for a tourism boom in the country’s north coast, after recent years of stagnation caused by cyclones and economic woes.

Several other contracts were also recently exchanged in Australia, including the Iririki Island Resort & Casino and the Great Keppel Island in the Great Barrier Reef which are both expected to close by the year end.

Much demand this year has so far been buoyed by private equity firms (20.1 percent) and developers (12.9 percent), with record levels of unspent capital set to drive investments.

Whilst most purchases remain domestic affairs, the presence of higher yields, particularly for emerging destinations, has meant continued interest from foreign buyers, which totaled US$1.2 billion as of the end of September.

In Thailand, cross-border deals made up about 61 percent of total transaction volume in the country, with Bangkok the most sought-after market. The largest transaction in Thailand in the first three quarters of this year is the 268-room Four Points by Sheraton Bangkok, which sold for US$73.9 million to Malaysian-listed group TA Global.

There also remains an influx of foreign investment into safe-haven Singapore as well, with cross-border transactions making up 13.5 percent of the volume within the city-state as of the end of September. In September, contracts were exchanged for the sale of the 268-room Oakwood Premier OUE Singapore, which was sold to a Hong Kong joint venture for US$209 million.

Continuing the strong run, just weeks later in October, an agreement was signed for the sale of the 342-room Andaz Singapore to local property developer, Hoi Hup Realty, for US$344 million, marking the highest ever single asset transaction in Singapore’s history.

Both deals are expected to close in the fourth quarter.

And the 151-room Conrad Maldives Rangali Island resort is a further example of how the Maldives is now attracting capital from outside Asia Pacific, a departure from the usual domination by Asian investors. It was sold to global private equity fund Blackstone and was the ninth largest deal of the year as of September. The deal has ignited interest amongst other private equity funds for the tropical paradise. Meanwhile, another idyllic Maldivian resort, Finolhu Baa Atoll, was sold to German-based Seaside Collection for US$85 million. Investment demand from European operators is expected to be another driver for Asia transaction volumes going into 2020.

There is also a shift toward international capital in the South Korean hotel market. After an active 2018 which saw South Korea as the fourth most active hotel transaction market in Asia Pacific, investment activity in the country continues to be robust. Up until 2015, transactions were almost purely domestic, but today cross-border deals make up about a quarter of deals, with international investors typically preferring management contract hotels over the master-leased properties, which are typically preferred by domestic investors. It is predicted that foreign investors will continue to make up a larger proportion of trading volumes as the market further matures. 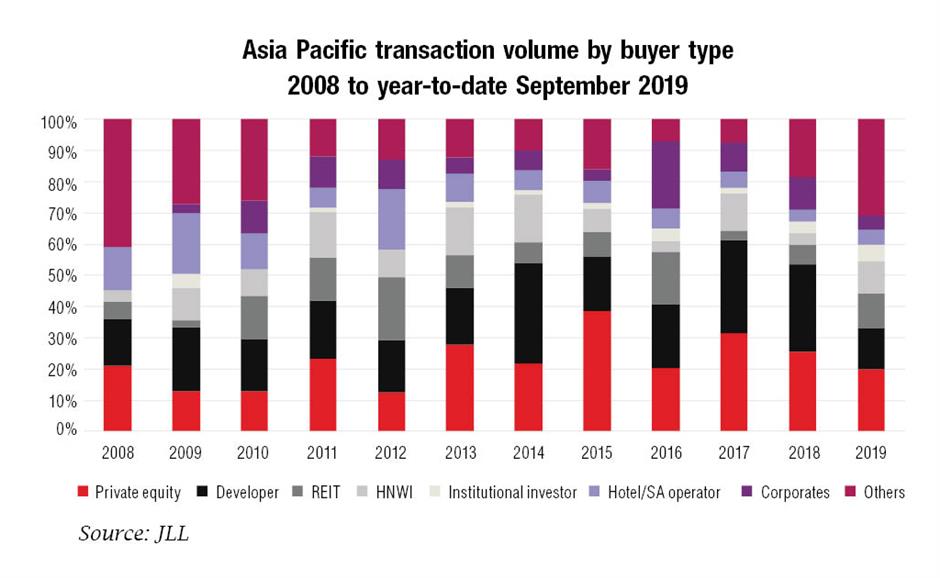